On his visit to Georgia, the Armenian prime minister called on the two countries to move beyond their long-running frenemy relations and conflicting geopolitical orientations. 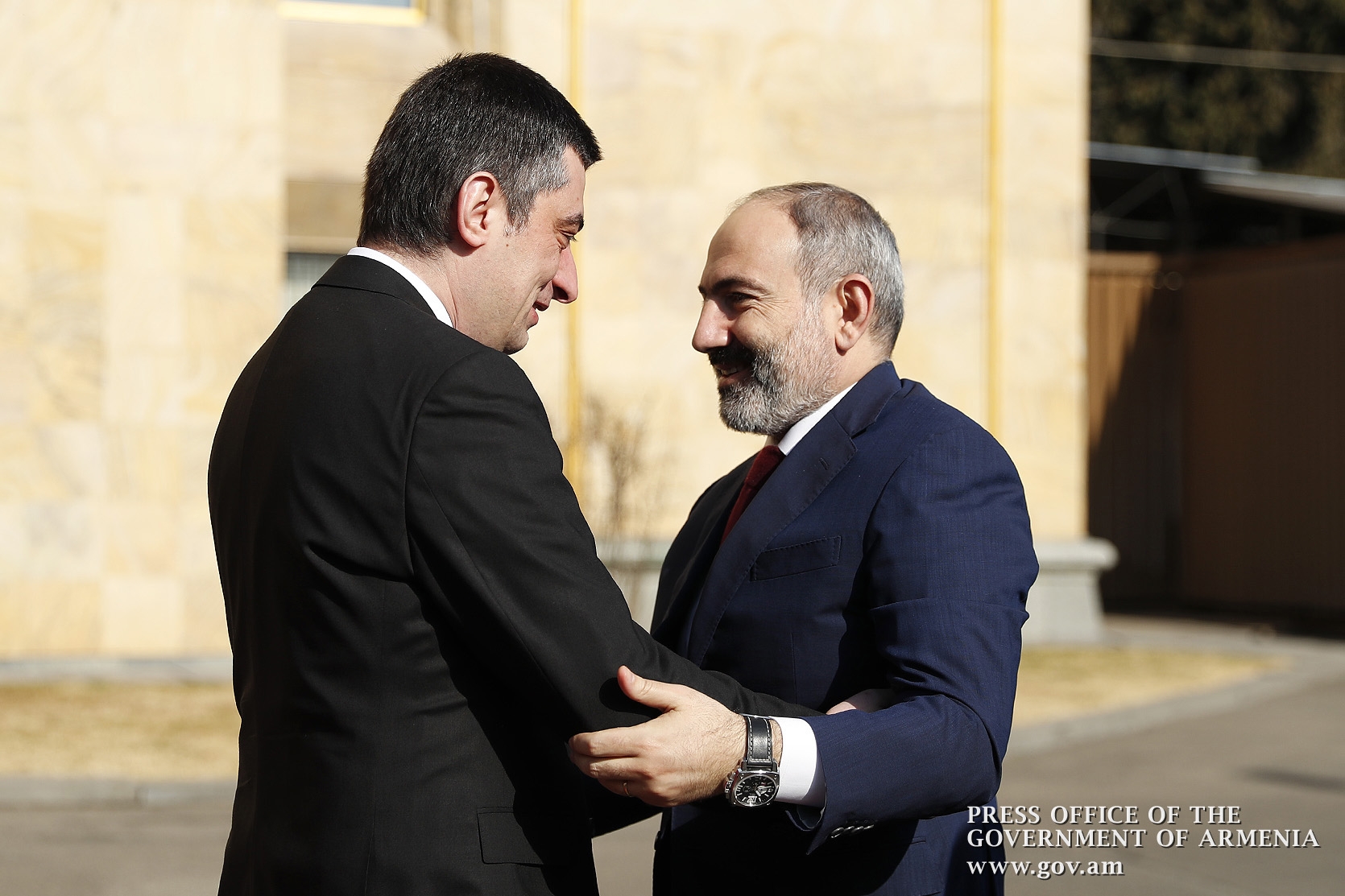 It is uncertain if Armenia’s prime minister achieved any concrete diplomatic successes on his visit to neighboring Georgia. But he did have a good time in Tbilisi, singing old songs and getting a new pet.

The public highlight of Nikol Pashinyan’s visit to Tbilisi was the Caucasian sheepdog puppy that he received as a gift from his Georgian counterpart, Giorgi Gakharia. “This is to show that Georgia gave you something of its own, something living,” Gakharia said when the two men met on March 3. Pashinyan appeared to appreciate the gift, immediately cuddling and kissing it as the cameras rolled.

Later that day the Armenian leader who, as is his wont, posted copious videos of his trip on Facebook, showed off a clip of himself crooning along with a Georgian band. The band was performing an Armenian tune Ov Sirun, Sirun along with its Georgian version, Ah Turpav, Turpav. The song, claimed by both countries as their own, is emblematic of the deep cultural links and cultural rivalries that characterize the two countries’ relations.

Pashinyan acknowledged his country’s complex relationship with Georgia, calling for the mutual distrust to be buried. “Let’s be honest here, we always suspected Georgia – and Georgia suspected us – of some ulterior motives and conspiracies,” Pashinyan said at the meeting with members of Tbilisi’s Armenian community. “What’s different now is that we are openly talking about it. We are saying that we should not be prejudiced against each other.”

Pashinyan also visited one Georgian institution where that sort of prejudice appears to hold strong: the Georgian Orthodox Church. He received a cordial public welcome from the church leader, Patriarch Ilia II, but if the two men discussed the most sensitive ecclesiastical issue between the two countries – an ongoing dispute over the fate of Armenian churches in Georgia – they kept it behind closed doors.

The Armenian leader was less shy about publicly mentioning the geopolitical elephant in the room: that while the two neighbors may share a border, they are worlds apart in terms of their international alliances. Georgia is a keen aspirant to the West, seeking membership in the European Union and NATO, while Armenia is strategically tied to the north as a member of Russia-led rival organizations, the Eurasian Economic Union and the Collective Security Treaty Organization.

“We respect Georgia’s drive for Euro-Atlantic integration. It turns out that our countries have different views on security systems, but I think we have a common view of our security. Armenia cannot be a threat to Georgia’s security, and Georgia cannot be a threat to Armenia,” Pashinyan said at a joint appearance with Gakharia. “The fact that we are a member of the EAEU, and Georgia has signed a free trade agreement with the EU, creates new opportunities for the furtherance of cooperation.”

“We need to take our relations beyond geopolitics, to a new level, where our relations will be immune to geopolitical developments,” Pashinyan said at the meeting with the Armenian community.

The Georgian prime minister was far less specific – unlike Pashinyan, Gakharia is not in the habit of posting selfies or details of his work on Facebook – and in his public comments only offered broad strokes on the need for peace and economic cooperation between the two neighbors.

Gakharia may have given a friendly, furry present to his opposite number, but ultimately it was Pashinyan who sent the strong message of friendship. When asked by members of Armenian diaspora if Yerevan is working on any programs to help repatriate Georgian-Armenians home to Armenia, Pashinyan responded: “Armenians are at home in Georgia.”