Yerevan cut relations 10 years ago following Hungary’s extradition of an Azerbaijani soldier who murdered an Armenian counterpart. But the post-war reality has pushed Yerevan to reconsider. 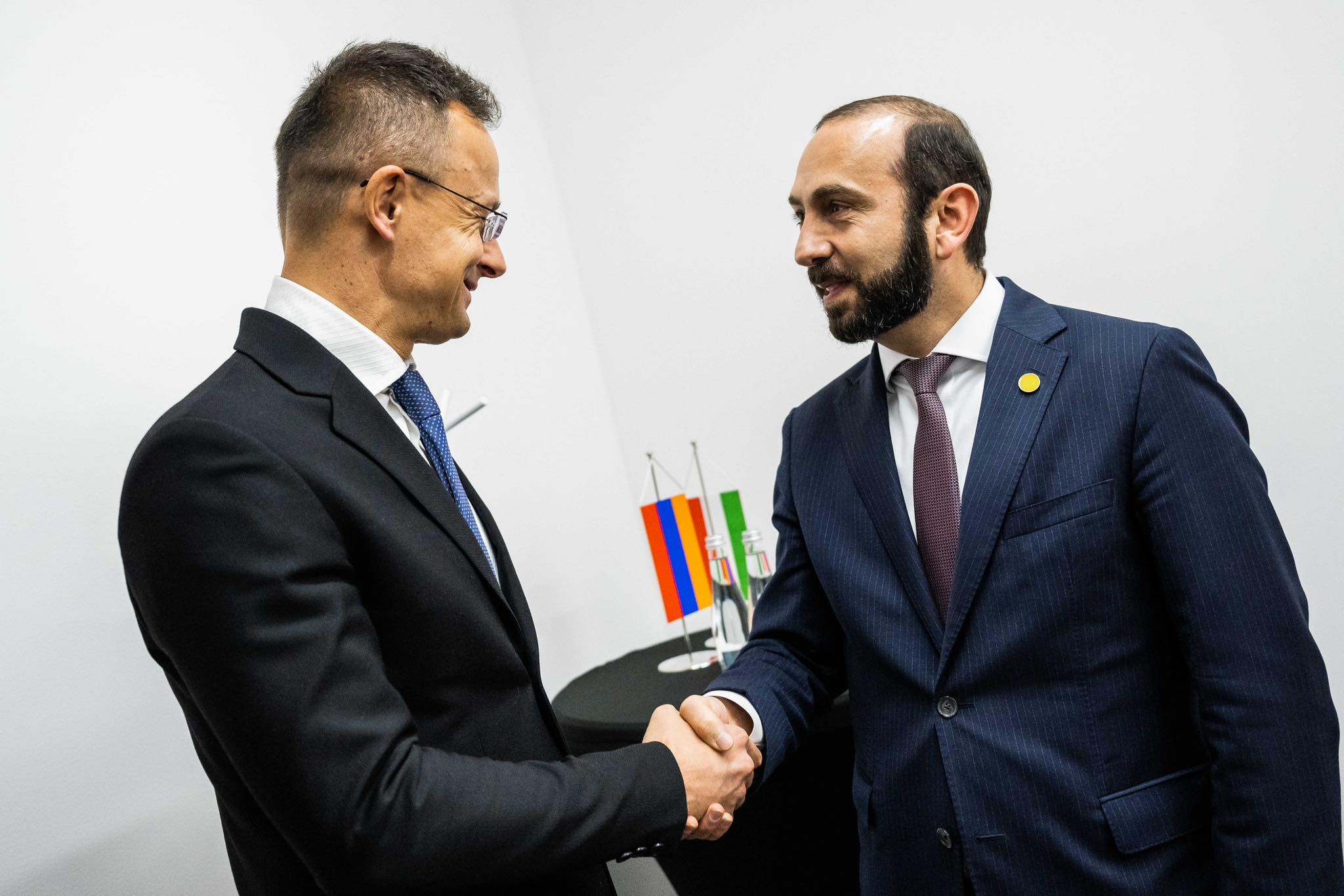 Armenia and Hungary have agreed to restore diplomatic relations following a 10-year break resulting from Budapest’s controversial extradition to Baku of a murderer of an Armenian soldier.

The foreign ministers of the two countries made the announcement on December 1 after meeting on the sidelines of an OSCE ministerial meeting in Poland. The diplomats “express[ed] their intention to open a new chapter in their relations based on mutual trust and respect towards international law,” according to a joint release from the foreign ministries.

Armenia suspended ties with Hungary in 2012 in the aftermath of the notorious Ramil Safarov affair. At a 2004 NATO English-language training program in Budapest, Safarov killed Gurgen Margaryan, while the latter was asleep in his bed, with 16 ax blows to the head. Both men were lieutenants in their respective armed forces: Safarov for Azerbaijan, Margaryan for Armenia.

Safarov was convicted by a Hungarian judge and sentenced to life in prison, but in 2012 – shortly after a visit by Hungarian Prime Minister Viktor Orban to Baku – he was extradited to Azerbaijan, where the government pardoned him, promoted him to major, gave him eight years of back pay and a new apartment, and fêted him publicly as a hero. The shocking reception resulted in broad condemnation from abroad and rage in Armenia.

The day Safarov was extradited, then-president of Armenia Serzh Sargsyan announced that the country was suspending ties with Hungary.

In 2017, Hungarian investigative journalists found evidence of a payment of more than $7 million from Azerbaijan into a Hungarian bank account at right around the time that Safarov had been extradited.

Relatives of Margaryan sued Hungary in the European Court of Human Rights, but in 2020 the court ruled that Hungary had followed all the appropriate laws in its extradition of Safarov and that there was “no evidence that Hungarian authorities were or should have been aware that the convicted prisoner would be released in Azerbaijan.”

While Azerbaijan soon reversed course and dropped Safarov from public discourse, for many Armenians the case has continued to stand as evidence that they cannot trust the Azerbaijani state to protect them.

Nevertheless, following the military defeat to Azerbaijan in 2020, the new “post-war reality” spurred Yerevan to begin seeking to restore relations with Hungary, said Richard Giragosian, the head of the Yerevan think tank Regional Studies Center. “For Armenia, the shock of the murder if the Safarov case has faded and the impetus was to overcome its isolation and renew ties to Budapest,” Giragosian told Eurasianet.

The restoration of ties was preceded by a year of heightened diplomatic activity between Yerevan and Budapest.

In December 2021, the Hungarian government mediated between Armenia and Azerbaijan to broker the return of five Armenian soldiers detained following clashes the month before. The same day that the soldiers were repatriated, Hungary announced that it was donating 100,000 coronavirus vaccines to Armenia.

In February, a Hungarian delegation visited Armenia and announced a cooperation program with a primary school named after the murdered Armenian soldier. “In order to keep Gurgen Margaryan’s memory alive in Hungary and to prevent such crimes in the future we specifically chose to cooperate with the school named after him,” said István Csere, the director of a primary school in Budapest that partnered with the Armenian school.

All of that appeared to pave the way for a restoration of ties. “Last year we saw that step by Hungary that resulted in five captives being returned to Armenia. After that we saw some other steps, support was provided to the school named after Gurgen Margaryan, and coronavirus vaccines were donated to Armenia,” Deputy Foreign Minister Paruyr Hovhannisyan told a parliamentary hearing on November 3.

Under Orban, Hungary has been taking an increasingly right-wing, authoritarian tack with a nation-building project that has embraced both Hungarians’ distant Turkic roots as well as their Christian faith, which gives Budapest ideological common ground with both Armenia and Azerbaijan.

Hungary has become an observer in the Organization of Turkic States and Orban has developed what appears to be a warm relationship with Azerbaijan President Ilham Aliyev. At the organization’s summit in November, Orban called Aliyev his “brother.”

On November 2, the patriarch of the Armenian Catholic Church, Raphael Bedros XXI, awarded Orban with the Holy Cross Medal of Gratitude, citing the prime minister’s “unconditional commitment to Christians, to protecting their lives and preserving their moral and social values.”