The road, slated to be built next year, promises to further complicate ongoing peace negotiations with Azerbaijan. 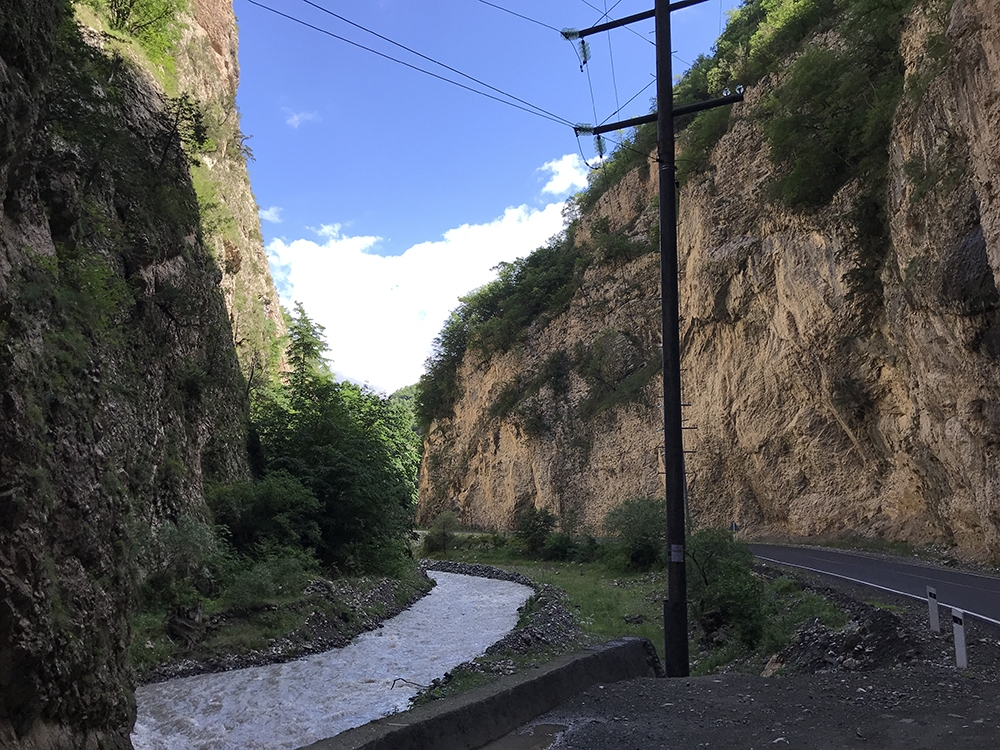 “As a result of preliminary discussions, we are planning to build a 150-kilometer road in 2020,” the secretary of Armenia’s National Security Council, Armen Grigoryan told RFE/RL. “A decision has already been made.” Grigoryan had just returned from talks with senior officials in Stepanakert.

The first road connecting Karabakh and Armenia was built in 1998, four years after a ceasefire between Armenia and Azerbaijan cemented Armenian forces’ control over Karabakh, which Azerbaijan and most of the rest of the international community recognizes as Azerbaijani territory. That road passes through the Lachin corridor, the shortest distance between Armenia and Karabakh, whose Soviet-drawn borders made Karabakh an enclave entirely surrounded by Azerbaijan proper.

The second road, completed in 2017, passes to the north of that first road and substantially shortens the journey between Yerevan and Stepanakert. It also passes through a much larger swath of what Azerbaijanis call “occupied territory,” the area surrounding Karabakh itself which Armenian forces control. Those territories are, in theory, a bargaining chip in ongoing peace negotiations with Azerbaijan to resolve the Karabakh conflict. But increasing construction and Armenian settlement in those territories have created facts on the ground that will complicate any potential return to Azerbaijan. (To many of those supporting these projects, that is precisely the point.)

In March, a Karabakh official announced that another road, essentially a spur of the second highway, would be built by the end of this year connecting the town of Kelbajar to Sotk, in Armenia.

This third road promises to even further complicate matters. The territories that the first two roads pass through, Lachin and Kelbajar, are the most likely that Azerbaijan might cede in a final negotiation. This third road, the southernmost route, is slated to connect Kapan in Armenia with Hadrut in Karabakh, passing through the Gubadli and Jabrayil regions. Azerbaijan almost certainly does not consider those territories to be negotiable.

(As of when this piece was posted, Azerbaijan had not responded to Grigoryan’s announcement.)

The de facto leader of Karabakh, Bako Sahakyan, has in the past described the prospect of the third road as a means of cementing Armenian control over the territories through which it passes. “Answers to questions about the fate of the liberated territories must be in the form of projects such as this [the third highway], because they are more succinct than any clever answer that might be given,” Sahakyan said in April. (Many Armenians refer to the territories surrounding Karabakh as “liberated.”) “The construction of the highway in that area is one of the most needed projects, which will greatly benefit our other strategic goals—the development of the Arax Valley,” the portion of the Armenian-controlled territories lying along the Arax River, which forms the border with Iran.

The first two roads were funded in large part by donations from the worldwide Armenian diaspora; Grigoryan did not specify how this road would be funded. “I hope that before the end of this year we will finish these discussions and have a roadmap on how we are going to build that road,” he told RFE/RL.