Despite controversies about how a Russian company runs Armenia’s rail system, the two sides appear committed to making the relationship work. 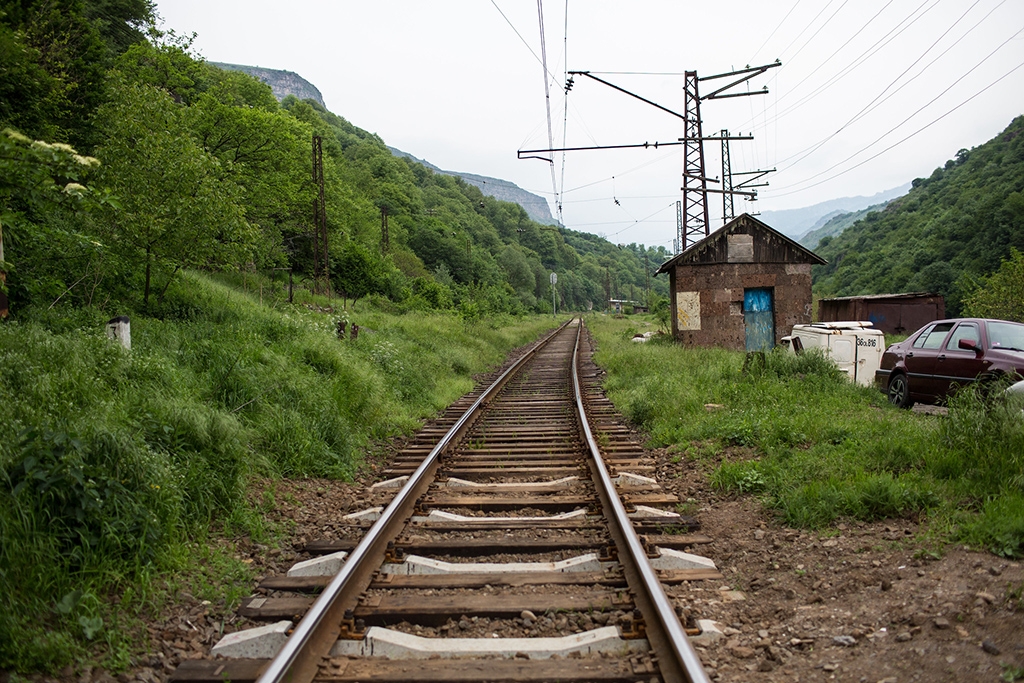 One day in November, railway employees in Gyumri, Armenia’s second city, went to work and found they had been replaced by Russians. Russian conductors were already at the rail yard operating the trains, and the Armenian employees were told they were put on leave.

The Armenian employees believed their replacement was the result of a strike a month earlier where they had demanded higher wages. “We put them in a difficult position and this is how they answer us,” one conductor, Gor Ghazaryan, told a local TV station. “Instead of me there is a Russian operating the train and ruining our equipment.”

The news quickly spread through Armenia, prompting discussions in parliament and meetings between senior government officials and the railway management.

But it turned out that it was only a misunderstanding: the Russians were just on a work exchange, which also sent Armenian railway employees to work in Russia. Vahagn Hareyan, a conductor based in Yerevan, went to the Urals city of Ufa. “We learned a lot,” he told Eurasianet. “Of course Russian trains are more advanced, the procedures are more complex and precise.” Ruben Grdzelyan, a spokesman for the Russian-operated Armenian rail company, South Caucasus Railways, told Eurasianet that workers were notified ahead of time that the Russian workers would be coming and said he doesn’t know why the controversy erupted.

The misunderstanding, however, highlighted the tensions that have emerged between Yerevan and Moscow as a result of Armenia’s 2018 “Velvet Revolution.” The new regime is filled with pro-Western figures, raising questions about how durable the longstanding strategic partnership between Armenia and Russia can be.

Since the new government came to power, the railway and other Russian companies in Armenia have been subjected to a series of investigations and controversies. These are often interpreted in geopolitical terms, as manifestations of a West-Russia clash. In spite of the occasional tensions, however, both sides appear committed to making their economic relationship work.

In 2008, Russian Railways won an Armenian government tender, for which it was the only bidder, to operate Armenia’s railways. The contract was granted for 30 years, with the possibility of a 10-year extension on top of that.

Under Armenia’s previous leadership, the railway and other Russian economic assets were plainly acknowledged as having as much strategic significance as business logic. At a 2016 meeting with Russian Railways director Oleg Belozorov, then-president Serzh Sargsyan said that “Armenia considers cooperation in the field of transportation to be an important component of Armenian-Russian strategic relations.” Accordingly, Russian businesses were given a relatively free hand to operate.

Following the new government’s rise to power, that has changed, and South Caucasus Railways has been subjected to a number of investigations. In August 2018, the Armenian State Revenue Service conducted raids on the company’s offices as part of an investigation into allegations it had evaded $19,000 in taxes. As yet, there have been no charges filed.

In December of that year, another Armenian law enforcement body, the Investigative Committee, announced that it was looking into “alleged abuses” at the railway company, in particular that it had not carried out investments in the country’s rail system that were stipulated in the original tender. The company responded that the committee was “biased.”

The railway investigations have been paralleled by similar inquiries into the books of the Armenian affiliate of the Russian state gas company, Gazprom.

A September report on the international Russian-language TV network RTVI cited an unnamed source as saying that Russia was considering suspending its operation of the railway because of the investigations. The report was widely spread across Armenian and Russian media.

“Armenia created a situation in which South Caucasus Railways is unable to function properly,” Russian Deputy Minister of Transportation Vladimir Tokarev told RTVI. “All documents for 10 years have been confiscated, unconfirmed charges have been filed, and no guarantees have been given. Our arguments are that inspections previously have not revealed any violations, and that terms of the concession are being ignored.” (That was not entirely true: in 2016, Armenian investigators also found irregularities in tenders conducted by the company.)

Armenia dismissed the report. “There is no question of early termination of the agreement,” Deputy Prime Minister Mher Grigoryan told RFE/RL’s Armenian service. But he added that Yerevan was not entirely happy with the company’s work. “We have only two trains that meet European standards of transportation,” he said, referring to a recently introduced electric train between Gyumri and Yerevan. “Yes, that issue has also been discussed, and some of our positions have become demands,” he said, without further elaborating.

Prime Minister Nikol Pashinyan also said that there was no reason for Russia to terminate its contract. “Armenia does not want it, and Russia does not want it. Why should it happen?” Pashinyan said in an interview with Russian newspaper Kommersant. He also denied that there was any political subtext to the investigations, calling the railroad “a purely economic issue” that the media was politicizing.

“The logic has changed from before the revolution, when the state acknowledged the political side of this deal,” Danial Ioannisyan, a member of Armenia’s Public Council, a body intended to coordinate between the government and civil society, told Eurasianet.

To some in Armenia, the tussling over the railroad is evidence that Yerevan needs to make greater efforts to reduce its ties with Moscow. “We can state as a fact that the revolution hasn’t affected Russian-Armenian relations. This isn’t acceptable,” said Artur Sakunts, the chairman of the Helsinki Citizens’ Assembly in Vanadzor, a human rights organization that recently prepared a report on Russia’s military presence in Armenia.

Sakunts said the railway contract should be terminated. “If we stay like this, we will never have our own resources, the contract we have now isn’t aimed at developing Armenia,” he told Eurasianet. “Colonization by Russia isn’t just about creating dependency, but also sucking out our resources.”

On December 8, Belozorov, the director of Russian Railways, met with Armenian Minister of Territorial Administration and Infrastructure Suren Papikyan in Moscow and agreed to establish a joint working group on “improving the activity of South Caucasus Railways, including the possibility of modernizing the concession,” the ministry announced. The ministry did not respond to Eurasianet’s queries under the Freedom of Information Act about what new investments might be under consideration.