The central banks are discussing a ruble-dram exchange to facilitate the move from dollars. 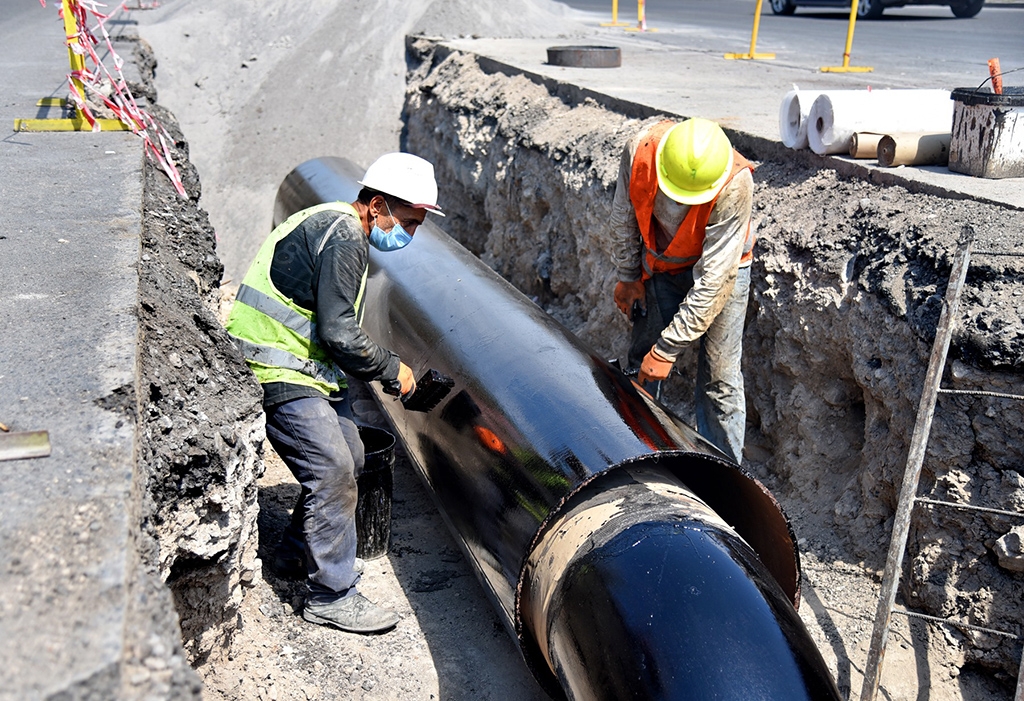 Armenia and Russia are working on plans to conduct trade in their own currencies, rather than dollars, to mitigate the effects of international sanctions against Russia for its attack on Ukraine.

Armenia already has begun paying for its Russian natural gas imports in rubles.

“The issue of a ruble-dram swap is under discussion, as a result of which we will have rubles to pay for imports from Russia, and Russian banks will be able to provide their clients with drams at the market rate,” Economy Minister Vahan Kerobyan told Eurasianet. He did not offer a specific date when that might happen.

But despite that, Armenia still runs roughly a billion-dollar trade deficit with Russia, where Armenia sources almost all the gas it uses for heating and electricity generation, and 99 percent of wheat imports. Because these commodities are generally priced on international markets in dollars, switching to rubles could protect Armenia from exchange-rate volatility, such as when the ruble lost roughly half its value for a period after the Ukraine invasion.

The ruble bounced back after Moscow imposed capital controls and intervened heavily, rendering the Russian currency non-convertible and the Kremlin eager for anyone to accept it abroad. While Prime Minister Nikol Pashinyan was visiting Moscow this week, both President Vladimir Putin and Prime Minister Mikhail Mishustin pushed for trade to be conducted in the ruble and dram: "In the context of the illegal sanctions imposed on Russia by unfriendly countries, it is important to increase the use of national currencies in bilateral trade and boost industrial cooperation," Mishustin told Pashinyan on April 20.

The Ukraine war will hurt economies throughout the former Soviet Union and Armenia’s is no exception. The World Bank cut its 2022 growth forecast for Armenia on April 11 from 5.3 percent before the war to 1.2 percent, arguing that a protracted conflict in Ukraine could push the figure lower still.

Even so, independent experts in Armenia see a logic behind the use of rubles, since the economies are already so closely tied through exchange and the remittances of the large Armenian population working in Russia. These factors define the Armenian economy and even with expectations that the Russian market will shrink and migrant laborers will lose jobs, the arrangement will not change overnight.

“It is beneficial for Armenia to pay for Russian goods in rubles, since our country receives a lot of money in rubles from Russia through tourism channels and private money transfers from Armenian migrants working in Russia,” Haykaz Fanyan, an economist in Yerevan, told Eurasianet. “In addition, settlements in national currencies will help avoid transaction costs when exchanging currency. And these are big numbers when it comes to multi-million-dollar deals.”

Because the ruble trade is two-way, there is little worry about a major impact on the dram, said Karen Zakarian, director of Finarm Association of Financial Market Participants, an industry group. “If Armenia receives a mass of rubles, but pays for Russian goods with them, then there is nothing to worry about. Here the state or the Central Bank will not interfere. They would intervene only if the flow of the ruble to Armenia was one-way,” Zakarian told Eurasianet.

Using rubles does not help Armenia avoid fallout from Russia’s economic slump, however. Sanctions on Russia were quickly felt in Armenia, which was forced to raise its baseline interest rate by 125 points to 9.25 percent last month.

“As the ruble fell, we started facing big problems. We signed contracts with Russian colleagues in Russian rubles and now we find ourselves in a difficult situation, we are going to receive depreciated money,” said Yeghishe Karapetyan, a businessman in Yerevan who exports dried fruits to Russia.

A move toward using the ruble will also make Armenia even more dependent on Russia as an import partner, said Atom Margaryan, head of the Laboratory for Innovative and Institutional Studies at the Armenian State University of Economics.

“Exports from Armenia are not threatened. Raw materials mined in Armenia are exported largely to China and European countries, and agricultural products to Russia,” Margaryan told Eurasianet. “As for the import of goods to Armenia, there may be redistributions in favor of Russia. Armenian importers may prefer similar Russian goods, since trading in rubles or in the national currency reduces transaction costs.”