It is a response to Azerbaijan’s earlier five-point proposal, but the secrecy around it has only increased suspicion among Armenians. 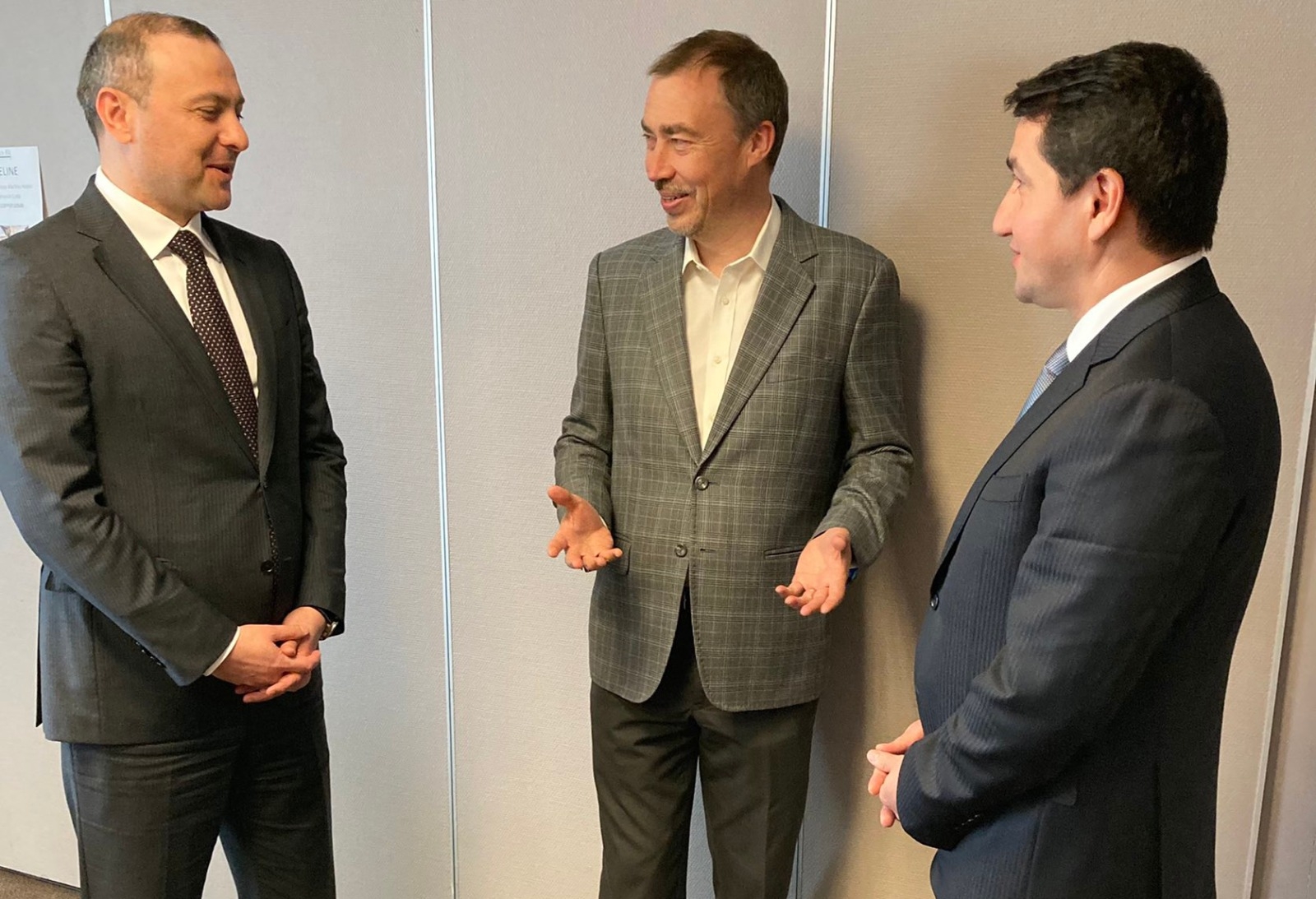 Following Azerbaijan’s proposal to restart negotiations with Armenia based on a five-point framework, Armenia has responded with its own six points. But it has not made public what those six points are, and Azerbaijani officials have cast doubt on whether they find Yerevan’s new points acceptable.

The Secretary of Armenia’s National Security Council, Armen Grigoryan, first revealed the existence of the six-point proposal on May 5. While he didn’t enumerate the points, he suggested that they included a focus on the rights and security of ethnic Armenians in Nagorno-Karabakh and a mention of the status of the territory.

"It is a priority to find a solution to the security, defense, and rights of our compatriots living in Artsakh [an alternative Armenian name for the territory], according to which the status of Nagorno-Karabakh should be formed," Grigoryan told reporters.

The new diplomatic gambit comes as negotiations between the two sides in resolving their decades-old conflict appear to be gaining speed. But Yerevan’s position has caused consternation among many Armenians who fear that their side is preparing to make significant, unilateral concessions.

Azerbaijan revealed its five-point plan in March, and Armenian officials said they accepted the principles. Most notably they included a mutual recognition of each other’s territorial integrity, which would amount to Armenia acknowledging Azerbaijan's sovereignty over Karabakh. The question of Karabakh’s status has been the core of the conflict between the two sides.

"Azerbaijan's proposed points were not unacceptable for Armenia,” Grigoryan said. “With its six points, Armenia proposed that there should be a resolution also to the Nagorno-Karabakh conflict for comprehensive peace to be possible. Now, our approach is that these two packages, 5+6 points, must be joined and start negotiations over a peace treaty."

On May 10, Edmon Marukyan, an Armenian ambassador-at-large, said that the six points had been given to Azerbaijan at an April 6 meeting between the leaders of the two countries in Brussels. He did not explain why the existence of the new proposal was not mentioned for nearly a month.

On the same day, Azerbaijan Foreign Minister Jeyhun Bayramov spoke about the Armenian proposal, and identified some other points, including the mutual recognition of territorial integrity and the need to implement earlier agreements signed by the two sides. Bayramov suggested that Baku accepted those, but he implied that it would reject another of the points in the Armenian proposal: the involvement of the Minsk Group of the Organization for Security and Cooperation in Europe.

The Minsk Group led negotiations between the two sides since the first war in the 1990s. But following the 2020 war, in which Azerbaijan reversed many of the territorial losses it suffered in the first war, the body has been largely sidelined and Azerbaijan has made it clear that it sees the group as no longer relevant, given that its main brief – negotiating the status of Karabakh – was rendered moot by Azerbaijan’s victory.

Bayramov, in his comments on the Armenian six-point proposal, suggested that Baku remained uninterested in the Minsk Group’s mediation. “The Armenian side is ready for talks and appeals to the Minsk Group co-chairs to organize these talks. This is happening at a time when there is no contact between the co-chairs of the Minsk Group against the background of the events in Ukraine. This group is almost paralyzed," Bayramov said. (The co-chairs of the group are the United States, France, and Russia, and Russian Foreign Minister Sergey Lavrov has accused the American side of “canceling” Russia’s participation in the Minsk Group as a result of the Ukraine war.)

Grigoryan met with Hikmet Hajiyev, the senior foreign policy adviser to Azerbaijan President Ilham Aliyev, on May 2 in Brussels. In his comments about the six-point proposal, he implied that Azerbaijan had accepted them. “There is an understanding in our discussions that these two packages should be joined and that negotiations should start,” he said.

But that has been disputed in Baku.

A May 7 report by Eynulla Fatullayev, a well-connected Azerbaijani journalist, said that his sources “say that Hikmet Hajiyev expressed no understanding, let alone mutual understanding, with regard to the future agenda and prospects of the negotiations.”

Fatullayev wrote that Grigoryan was motivated by “trying to fend off the attacks of the nationalist revanchist part of the Armenian society.”

The rapidly moving negotiations, and Armenia’s seeming willingness to cede sovereignty over Karabakh, has alarmed many Armenians. There have been regular protests organized by the political opposition against the negotiations, and officials in the self-proclaimed Karabakh government have publicly opposed them as well.

Karabakh’s de facto foreign minister, Davit Babayan, said that he was not interested in Yerevan’s six-point proposal, but only one point: that Karabakh would not be ceded to Azerbaijan. “Let there be one 105 points, Artsakh will not be part of Azerbaijan. It's unacceptable for us,” he said, RFE/RL reported.

An official at Armenia’s Ministry of Foreign Affairs, asked to clarify what the six points were, referred Eurasianet to a March 15 interview with Foreign Minister Ararat Mirzoyan in which Mirzoyan responded positively to Azerbaijan’s five-point proposal, but did not mention anything about Armenia’s six points.

The Armenian authorities are resisting publishing their proposal because they fear public reaction and that it could “further destabilize the domestic political situation in Armenia,” analyst Benyamin Poghosyan told Eurasianet. “They are saying that these points deal with the rights of Armenians in Nagorno-Karabakh and the status of Nagorno-Karabakh.” If this is the case, Poghosyan continued, “let them publish and make it clear that Nagorno-Karabakh should not be part of Azerbaijan."