As they struggle to manage the new sanctions regime, many Russian IT firms are looking at Armenia as a potential new home. 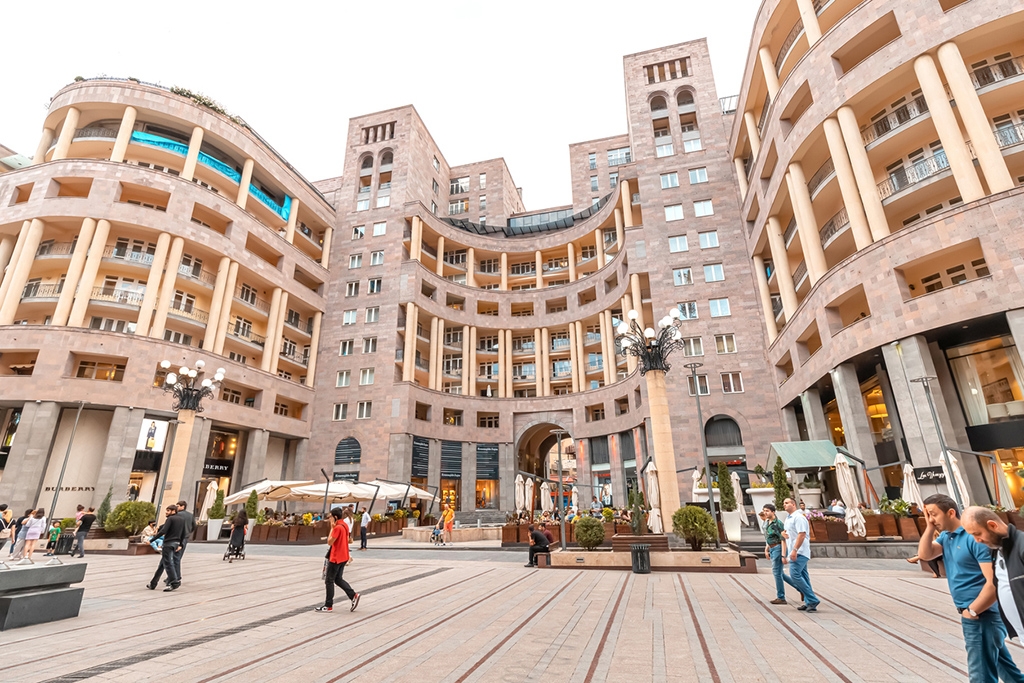 The Russian invasion of Ukraine, and the unprecedented Western sanctions against Russia, have created countless new risks for the region’s economies.

But in Armenia, many are seeing opportunity.

As Russian businesses flee their home country to avoid sanctions, Armenia is positioning itself as an attractive destination for them – particularly those from the IT industry.

Armenia has several advantages for Russian IT businesses looking to relocate in a hurry, said Denis, a 36-year-old IT worker who asked that his last name or the precise nature of his business not be used.

“Firstly, Armenia is located not far from Russia, many here understand Russian and speak it quite well,” he told Eurasianet. “Secondly, due to Armenia's membership in the Eurasian Economic Union, Russians do not need a special work permit. Life here is also relatively inexpensive compared to Moscow.”

Denis arrived in Yerevan with his family at the beginning of March, leaving Russia once it became clear that his work, which involved dealing with foreign customers, was going to be untenable under the new sanctions regime. Among the most significant of the sanctions are restrictions on banking, which make commerce abroad prohibitively difficult.

“In just a few days, our family's life has changed drastically. I never thought that I would go to live somewhere abroad, but circumstances force me to make such a decision,” he said.

The Ministry of Economy published a guide for Russian businesses seeking to relocate to Armenia, explaining everything from how to register a business to renting an apartment to bringing pets across the border. It also has set up a working group to answer queries from businesses interested in relocating.

“We are ready to support these companies in settling in Armenia,” Gayane Antonyan, the ministry’s press secretary, told Eurasianet. “Naturally, there are many who want to move to Armenia in the current difficult situation, and for this reason, the ministry published the FAQ.”

A Telegram channel associated with the ministry, Economy of Armenia, recently published advice on how to transfer money into Armenia using cryptocurrency; Russia has recently introduced strict limits on how much money can be transferred abroad.

“In Armenia, it is very convenient to receive and withdraw cryptocurrency, terminals for withdrawing and receiving cash have even been installed. You can also pay for housing in cryptocurrency and even rent offices,” the channel wrote.

Businesses began to move quickly. On March 1, when the invasion was barely a week old, Economy Minister Vahan Kerobyan said that “about a dozen companies have actually moved [from Russia to Armenia], and several companies are on the way.” Many other countries had approached the ministry for information about relocating, he said. “In total, numerous companies applied – dozens, maybe even hundreds of companies,” he told reporters.

Most of the interested companies were involved in IT, which is already a significant industry in Armenia, he said: “Basically, these are companies that are directly related to Western markets. Today's restrictions prevent them from doing their work from their own country."

Exact figures on the arrivals to Armenia are not available. In recent days, more than 30 flights from Russia have been arriving daily at Yerevan’s Zvartnots airport, a notable increase. Vahe Hakobyan, the chair of the parliament’s economic affairs committee said on March 7 that about 6,000 Russians and Ukrainians were arriving every day.

Booking accommodation sites are seeing unprecedented business; in mid-March, Yerevan is 80 percent booked on booking.com, a figure the city doesn’t see even in the height of tourist season, economist Haykaz Fanyan said. "Naturally, such demand in the housing and rental markets has led to higher prices,” he told Eurasianet.

Another Russian entrepreneur, Evgenia, arrived in Yerevan in early March to explore the possibility of moving her small Krasnodar-based law firm permanently.

“Because of the sanctions, our business and clients are faced with the fact that they have to either close down or transfer their business to another country to continue operations, at least until the situation in Russia with sanctions is clarified,” Evgenia told Eurasianet. She was looking for office space, examining local business regulations, and checking out the housing situation for employees. “In general, the conditions are not bad, and soon we’ll make a final decision on where we relocate,” she said.

While the ease of doing business has attracted many Russian companies to Armenia, there have been some hiccups, particularly in banking.

Since arriving in Yerevan, employees of Evgenia’s firm have been trying to open accounts in Armenian banks. "Our requests are considered for several days and often rejected, it is not clear why the banks are being so cautious," she said.

Several sources in Armenian banking told Eurasianet, on condition of anonymity, that Armenian banks were indeed being cautious with Russian citizens.

“It may be related to the sanctions,” one of the sources said. “That is, the banks are afraid to become a channel for the inflow or outflow of sanctioned capital, which can bring sanctions on them, too.”

“So far we are only seeing PR, not systematic efforts,” Nairi Sargsyan, president of the Chamber of Auditors of Armenia, told Eurasianet. She also cautioned that Russian businesses are now testing the waters in various countries, including neighboring Georgia and Azerbaijan, as well.

“We shouldn’t set too high expectations,” she said. “What decision Russian entrepreneurs will make depends on many factors, primarily on the conditions these countries offer, the length of the war and the duration of the sanctions.”