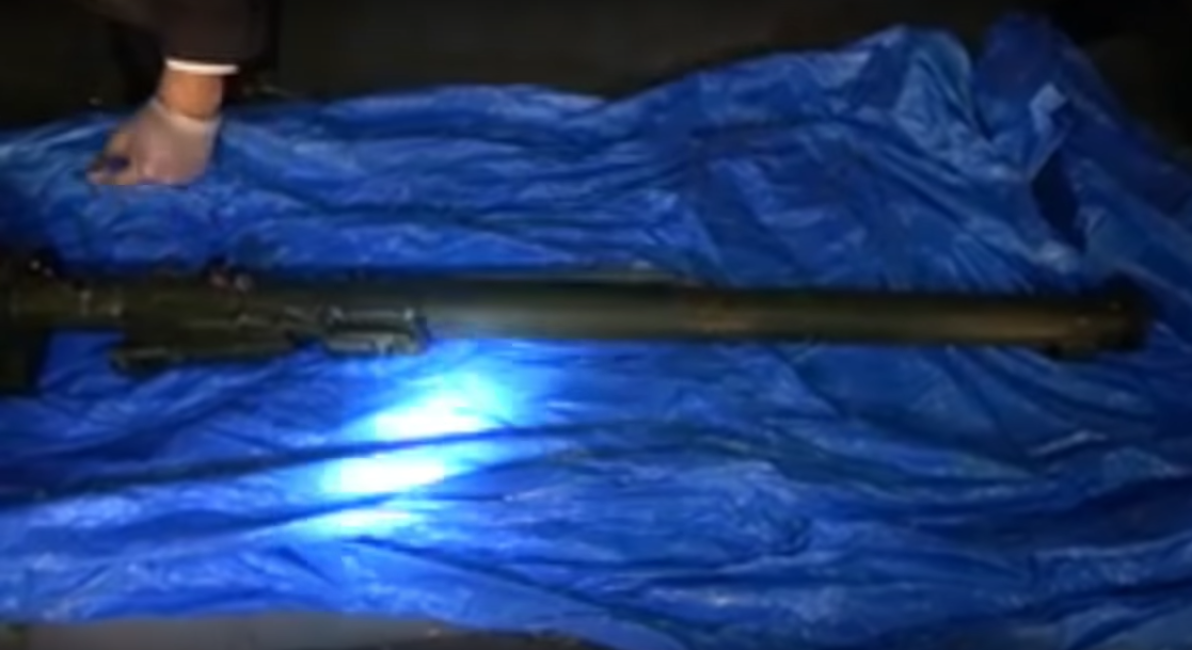 Screenshot from a video released by Armenia's National Security Service, purporting to show an Igla missile smuggled by Samvel Babayan, a former security forces leader and key member of an opposition bloc.

The Armenian parliamentary election campaign took an unexpected turn on March 22, when agents from the National Security Service arrested Samvel Babayan, a former de facto defense minister of Nagorno Karabakh and a key ally of Seyran Ohanyan, one of the leading candidates. The NSS accused Babayan and two other Armenian citizens of smuggling a surface-to-air shoulder-fired Igla missile system from Georgia. A video released by NSS showed what appeared to be a missile packaged neatly and stacked behind some boxes in a garage.

Babayan is a member of the pre-election bloc led by Ohanyan, who replaced Babayan as Nagorno Karabakh’s defense minister in 1999 before serving as Armenia’s defense minister from 2008 until last October. The arrest comes amid increased tensions between the Ohanyan bloc and allies of President Serzh Sargsyan, suggesting that the arrest may be politically motivated.

Last week, the Ohanyan bloc held a campaign event in the village of Jrarat in Armenia’s Armavir province. The village chief attempted to call off the rally, brandishing a handgun, but was disarmed and roughed up, ending up at the hospital. Adding to the intrigue, this wasn’t just any village mayor, but a brother of General Levon Yeranosyan, the commander of Armenia’s police forces and known for his rough-and-tumble style when it comes to critics of the president.

Days after the clash, the two jailed leaders of last year’s armed insurrection in Yerevan, in which three policemen were killed, Jirair Sefilian and Varujan Avetisyan released a letter endorsing the Ohanyan bloc. The bloc’s number three, former foreign minister Vartan Oskanian returned the favor and praised the group, known as Sasna Tzrer, as patriots. In the middle of this, Artur Sargsyan, who had became a kind of folk hero after breaking through a police cordon last summer to deliver food to Sasna Tzrer insurgents, died shortly after being released from custody. The death sparked brief, but emotional street protests.

Babayan has a long personal history with Sargsyan, first clashing with him when both were senior leaders in the war in Nagorno Karabakh in the 1990s. After spending several years in Russia, Babayan returned to Armenia after the April 2016 escalation in Karabakh and been sharply criticizing Sargsyan’s security and foreign policies. Babayan is also believed to be close to former president Robert Kocharyan, another important Sargsyan critic. It is not too farfetched to suspect that that Armenia’s top security officials have become a little worried about the election and decided to preemptively remove Babayan from scene until after the vote.

There are plenty of precedents of Armenian governments arresting potentially troublesome veterans of the military and security services prior to elections. In fact, while serving as Levon Ter-Petrossyan’s security chief, Sargsyan personally handled the pre-election “sweeps” of suspected opposition supporters before the 1995-96 elections. Before the 2008 elections, several senior members of the Yerkrapah veterans’ union, who were supporting Ter-Petrossyan’s presidential bid, were detained on weapons charges.

The surface-to-air missile, though, does bring an added twist to the story. In November 2015, Armenian authorities arrested an armed group that, among other things, was accused of planning an attack on the president’s plane. (Their weapons cache, however, did not include an Igla.) A former deputy defense minister, Vahan Shirkhanyan, was also arrested in connection to that case. Sasna Tzrer’s Sefilian and Avetisyan are also former military veterans. Babayan’s popularity remains strong among many of his former subordinates, particularly in Nagorno Karabakh.

That's a lot of veterans angry at President Sargsyan.