The move comes as tension along the border had reached unprecedented heights even as the two countries are moving toward signing a peace agreement. 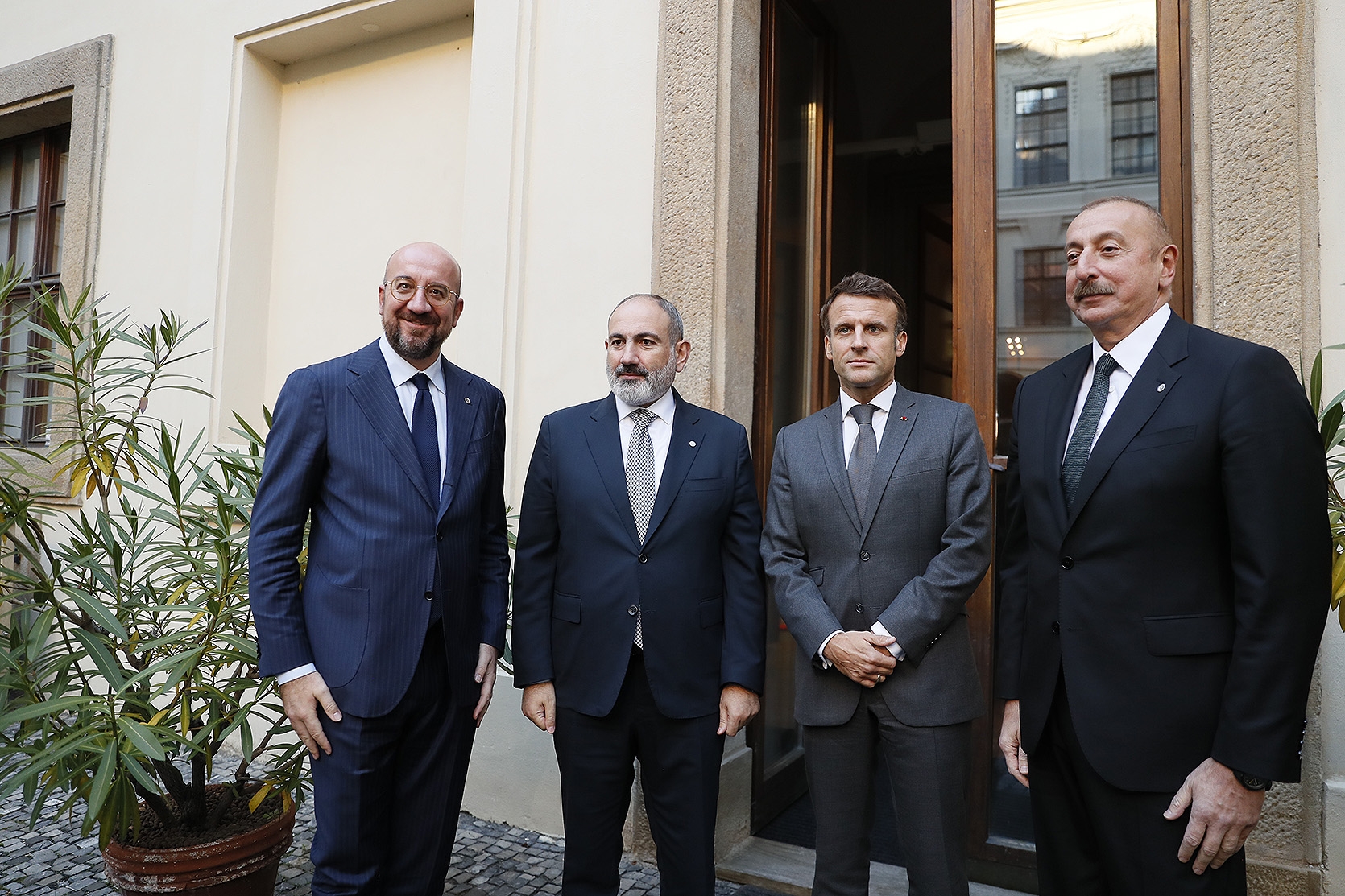 The European Union is poised to dispatch a mission to Armenia’s border with Azerbaijan, the organization announced following a meeting between the leaders of the two countries in Prague.

“There was an agreement by Armenia to facilitate a civilian EU mission alongside the border with Azerbaijan. Azerbaijan agreed to cooperate with this mission as far as it is concerned,” the EU said in an October 6 statement.

There were no further details offered about the nature of the mission, what sort of personnel it would entail and what its aim would be. “The mission will start in October for a maximum of two months,” the EU statement said. “The aim of this mission is to build confidence and, through its reports, to contribute to the border commissions.”

EU officials did not respond to requests from Eurasianet for clarification on the nature of the mission. The organization already supports several missions in conflict areas around the world, including in eastern Europe and Africa. In Georgia, a European Union Monitoring Mission has patrolled the de facto borders of the breakaway territories of Abkhazia and South Ossetia and Georgia proper since 2008.

The idea of a mission had been advanced earlier in the week by the EU foreign policy chief Josep Borrell, who talked critically before lawmakers in the European Parliament about what he cast as Azerbaijan’s occupation of Armenian land during the most recent bout of fighting between the two countries.

“It is an absolutely clear and verifiable fact that Azerbaijani artillery and drone units have shelled areas on Armenian territory, destroying civilian and military infrastructure, and that Azerbaijan is occupying positions in Armenia,” Borrell said on October 5. “We have said that this is completely unacceptable.”

He said that the EU had proposed an “intermediation mission” that would be deployed “at the border” between the two countries, but that Baku had rejected the notion. He also implied that it would be a military mission. “Armenia agrees, but Azerbaijan does not. What do you want me to do? Send the troops of the European Union without the agreement of the two parties to the conflict? I’m sure you don’t.”

It was unclear what changed in the days that followed. But the two sides also agreed on October 7 to “​​recognize each other’s territorial integrity and sovereignty,” which has been a fundamental demand of Baku during the negotiations over a final peace agreement to resolve the decades-long conflict between the two sides.

The stationing of European monitors along Armenia’s border would seem to diminish the threat of a large-scale invasion by Azerbaijan, fears of which spiked following unprecedented attacks inside Armenian territory by Azerbaijan in mid-September and a burst of irredentist rhetoric.

This landmark breakthrough appears to be the result of face-to-face talks held on October 6 in Prague between Armenian Prime Minister Nikol Pashinyan and Azerbaijan’s President Ilham Aliyev. French President Emmanuel Macron and European Council President Charles Michel also were present at the exchange, which took place on the sidelines of the European Political Community Summit.

The announcement of the EU mission was a “positive development,” political analyst Tigran Grigoryan told Eurasianet. “But I think concrete steps will be expected from Armenia during those two months,” he added. Baku is pressing Yerevan to more quickly come to a peace agreement and to resolve the other major outstanding issues between them, like a demarcation of their border and the nature of new transportation routes between them.

Azerbaijan likely agreed to the EU mission given that it was in Armenian territory, not its own, said Zaur Shiriyev, a Baku-based analyst at the International Crisis Group. “The language of the agreement in Prague is very vague, and the mission is directly on the territory of Armenia,” he told Eurasianet.

The mission also represents a growing European involvement in the resolution of the Armenia-Azerbaijan conflict, in particular against an apparently fading Russian role.

The EU’s recent engagement has been “more sustained, robust, and assertive” than it had previously been, Richard Giragosian, head of the Yerevan think tank Regional Studies Center, told Eurasianet. The fact that diplomatic talks were resulting in concrete decisions represented “a rarity in such previous cases of EU involvement in the region.

Neither Pashinyan nor Aliyev directly referred to the EU mission in their comments following the Prague meeting.