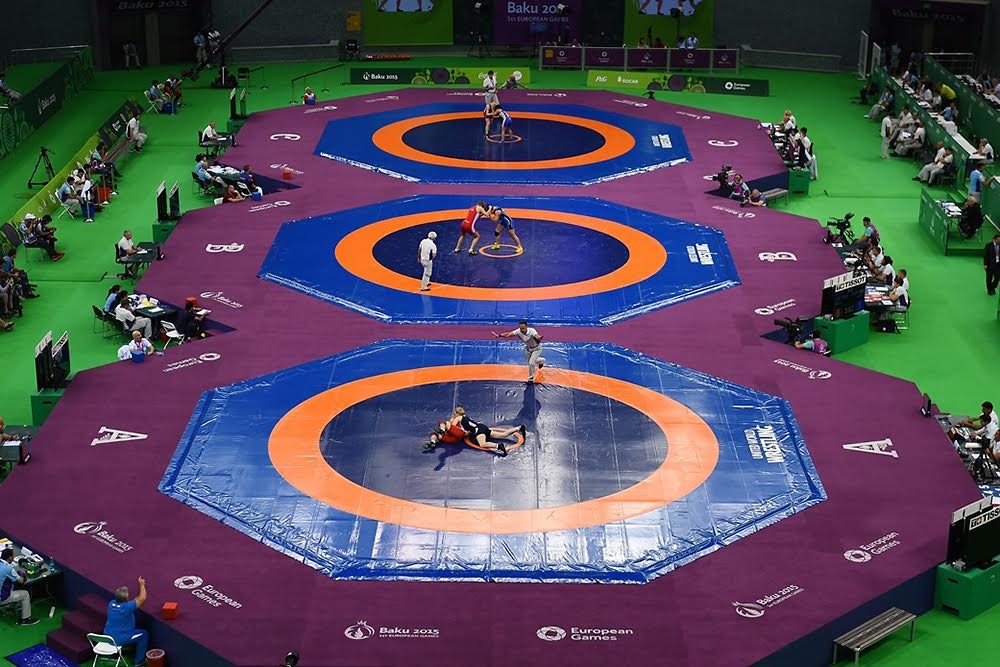 Despite the Azerbaijani government’s assertion that the European Games in Baku would “promote rapprochement” with longtime foe Armenia, little sign exists for most Armenians that that has occurred.

The controversy over Armenia’s participation in the June 12-28 mini-Olympics is rooted in the two countries’ unresolved 27-year-long conflict over the territory of Nagorno Karabakh, a war that took tens of thousands of lives and displaced huge numbers of people. Despite a ceasefire agreement, unrest at the frontline keeps taking more lives on both sides – particularly in the past two years, when ceasefire violations have raised international concerns that a full-scale war could resume.

Against this backdrop, most Armenian politicans and public figures at first opposed Armenia’s participation in the Games. But when it became known that 11 of the 20 sports would qualify athletes for the 2016 Summer Olympics in Brazil, Armenia's National Olympic Committee reconsidered.

“This is just another international sports event and we have to take part and win,” Armenian Sports Minister Gabriel Ghazarian commented to EurasiaNet.org.

Boos and whistles met the appearance of the seven-member, all male Armenian delegation (aside from former Greco-Roman wrestling world champion Vaghinak Galstian, made up of officials and coaches) during the opening ceremony’s march of nations.

The country’s 25 participating athletes did not take part. Rather than staying for the entire Games, they have been traveling to Baku only for their individual competitions.

Armenia, rather than the Azerbaijani government, is covering the team’s expenses in Baku. Sightseeing does not occur, team spokesperson Karen Giloian commented to Baku2015.

The initial hostile audience response to these athletes has continued in individual sports events – even toward some of those 17 ethnic Armenian athletes who represent countries (Belarus, France, Russia, Sweden and Ukraine) other than Armenia.

Wrestler Stepan Maryanian, who won a gold for Russia in the 59-kilogram Greco-Roman event, condemned the “impolite reception” he had received during the competition, which included a match with an Azerbaijani wrestler. “This is sports. Competition should unite rather than divide nations,” he commented to the Russian sports news site Championat.com.

Armenia’s own athletes, competing in sambo, judo, shooting, wrestling, boxing and taekwondo, so far have secured one medal – a silver in the men’s 66-kilogram Greco-Roman wrestling for Migran Arutiunian.

The psychological pressure for these athletes is intense. 2012 Olympic silver medalist wrestler Arsen Julfalakian, who took part in the 2007 World Wrestling Championships in Baku, recollected that “it was not a matter of fear, our safety was guaranteed, but constantly being watched and guarded was quite depressing. We felt like prisoners.”

“It is rather unpleasant competing in such an environment,” he said.

Citing the need to train for September’s World Wrestling Championships in Las Vegas, Julfalakian opted not to attend the European Games.

Armenia and Azerbaijan usually avoid attending international events hosted in each other’s countries. Amidst a frontline flareup, Armenian singers refused to take part in the 2012 Eurovision Song Contest, hosted by Baku. In turn, the Azerbaijani National Men’s Chess Team refused to participate in the World Team Chess Championship held in Armenia in April 2015.

The Armenian Ministry of Education and Science had planned to send schoolchildren to Baku for next month’s 47th International Chemistry Olympiad if their safety could be guaranteed, but recently decided that it could not.

With that tension in view, Armenia’s team members have been traveling to Baku only for their individual competitions; not staying long-term.

Many in Armenia criticize these athletes, though, for choosing to take part in an event seen as “boosting Baku’s image.”

Recollections run strong of the hero’s welcome extended to Azerbaijani Army Lieutenant Ramil Safarov when he returned to Azerbaijan in 2012 after being convicted for the 2004 axe-murder of Armenian officer Gurgen Margarian at a North Atlantic Treaty Organization training in Budapest, Hungary.

“And what if there are others [in Baku] seeking a national hero’s title?” Poghosian asked. “This is not just about sports. This is a political issue and requires a political solution.”

But some Armenian analysts see the Games’ ultimate result as less about President Aliyev’s image, and more about a hefty boost in self-confidence for Azerbaijan after its de-facto defeat in the war over Karabakh.

Stepan Safarian, founding director of the Armenian Institute of International and Security Affairs in Yerevan, sees a danger there. The Azerbaijani military, he reasons, could use “the moral capital” built up during the Games to take aggressive actions on the Karabakh frontline.

“[Aliyev] is trying to convince the public that they are a winner, a strong state, and can do anything they want…,” Safarian said.

Meanwhile, amidst the debate, the Armenian team says it is just trying to concentrate on sports alone.

“We came here to compete, not to relax and have a good time,” team spokesperson Giloian said to Baku2015.