While there are many unanswered questions about the fighting – the worst since the 1994 ceasefire – some think a new parliament commission is about scoring political points. 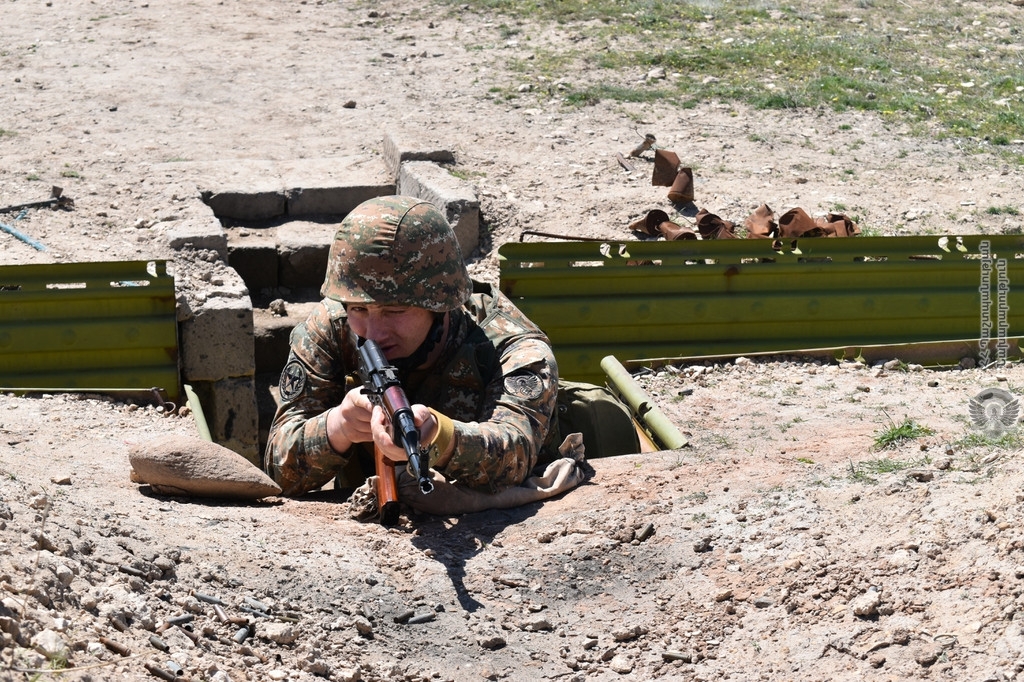 Armenia’s parliament has established a commission to investigate the circumstances of the 2016 “April War” with Azerbaijan. The move comes amid a widening battle against the country’s former authorities and their allies who continue to govern Nagorno-Karabakh.

Prime Minister Nikol Pashinyan announced the formation of the commission on May 20. “The time has come […] to get answers to a number of questions that are of concern to us all,” he said.

Pashinyan did not specify what questions would be probed. But suspicions have long swirled around the event, a four-day spurt of violence in 2016 that was the worst fighting between Armenian and Azerbaijani forces over Nagorno-Karabakh since a ceasefire was signed in 1994. It was also the first time that the Armenian side lost territory since the ceasefire, and raised concerns in Yerevan and Stepanakert about the ability of their armed forces to counter an aggressively growing Azerbaijani military.

After the clashes, there were reports of a lack of weapons and allegations that the political leadership in Yerevan – possibly by request from Moscow – told military commanders to halt their offensive even when they had the advantage.

“The commission can at least clear up some basic facts, for example how many soldiers were killed and when, but of course I am not sure this is the point of this commission,” Emil Sanamyan, a Washington, D.C.-based Armenia analyst, told Eurasianet. “The point is to discipline Serzh and Bako,” he said, referring to Serzh Sargsyan, the former leader of Armenia whom Pashinyan ousted last year, and Bako Sahakyan, the de facto leader of Nagorno-Karabakh and a Sargsyan political ally.

Pashinyan announced the commission just after former president Robert Kocharyan – another ally of Sargsyan and Sahakyan – was released on bail while he awaits trial on charges related to the violent suppression of protests in 2008. Sahakyan posted bail for Kocharyan, along with another former Karabakh leader, and Pashinyan reacted with a double-barreled broadside against the country’s judiciary system and the Karabakh leadership, both of which he accused of acting in the interest of the former authorities. Pashinyan’s first mention of the commission was during that speech.

“This is a pure retaliation,” Sanamyan said.

The commission will be led by Andranik Kocharyan, a former deputy defense minister and a member of parliament from Pashinyan’s “My Step” alliance, and includes 11 MPs, with some from the opposition. It has held one hearing so far, on June 4, in closed session. “The commission's work will be mainly closed. The commission will decide which part of the materials should be public,” Lilit Makunts, the head of the “My Step” faction in parliament, told RFE/RL.

At a press conference the day of the first hearing, Andranik Kocharyan said the commission’s work is expected to last about six months, covering a wide range of issues, including whether the armed forces were properly equipped, whether they had sufficient intelligence, and the decisions made by military commanders during the fighting. “The victims’ families should not have any questions,” he told reporters.

The commission will be able to examine classified documents and question witnesses, though it will not have the power to force witnesses to testify, he added. One key witness could be Defense Minister Davit Tonoyan, who was first deputy defense minister during the 2016 war.

Asked for further comment from members of the commission, Vahan Kostanyan, the press secretary for Pashinyan’s Civil Contract party, told Eurasianet that there was nothing to add about the commission’s work other than what had already been made public.

Members of the former government have complained that they are being unfairly targeted. “Pashinyan will try to corner the [former ruling] Republican Party, Serzh Sargsyan and Bako Sahakyan, in general all those people who can falsely be prosecuted for this,” said Armen Ashotyan, a senior official in the Republican Party, in an interview with the TV station 5th Channel.

The involvement by parliament in military oversight “offers a degree of promise and potential that the Armenian parliament will adopt a more active and assertive role as an institutional counterweight to the executive branch,” Richard Giragosian, head of the Yerevan think tank Regional Studies Center, told Eurasianet. The commission also could determine “critical lessons learned” that could drive future reforms, he said.

By showing a willingness to air its dirty laundry, “there might be an indirect message to Azerbaijan, that in post-revolutionary Armenia sensitive issues pertaining to the military and security sector – usually a taboo in countries at war – can be scrutinized,” said Anahit Shirinyan, a political analyst. It also showed, she told Eurasianet, that “issues of good governance are now of higher priority to Armenia than military-patriotic rhetoric which is often used to conceal mismanagement and corruption.”

Several Defense Ministry officials were fired shortly after the fighting on charges of corruption.

This is not the first time Pashinyan has addressed the need to investigate the April 2016 fighting. During an October 2017 hearing, when he was an opposition MP, he called for a commission to look into the event. But then he appeared to try to implicate Russia.

“After joining [in 2014] the Eurasian Economic Union [a Russia-led trade bloc], Armenia lost a significant portion of territory,” Pashinyan said then. He accused the then-ruling Republicans of justifying membership in the EAEU, which Pashinyan’s bloc opposed, by tying it to Russia’s security guarantees for Armenia. “You say there is a security issue involved, then how did it happen that an EAEU member was fighting with weapons from the 1980s?” he asked.