Prosecutors have begun to file lawsuits based on the country’s new unexplained wealth law, targeting assets from allegedly corrupt former officials. But is the process politicized? 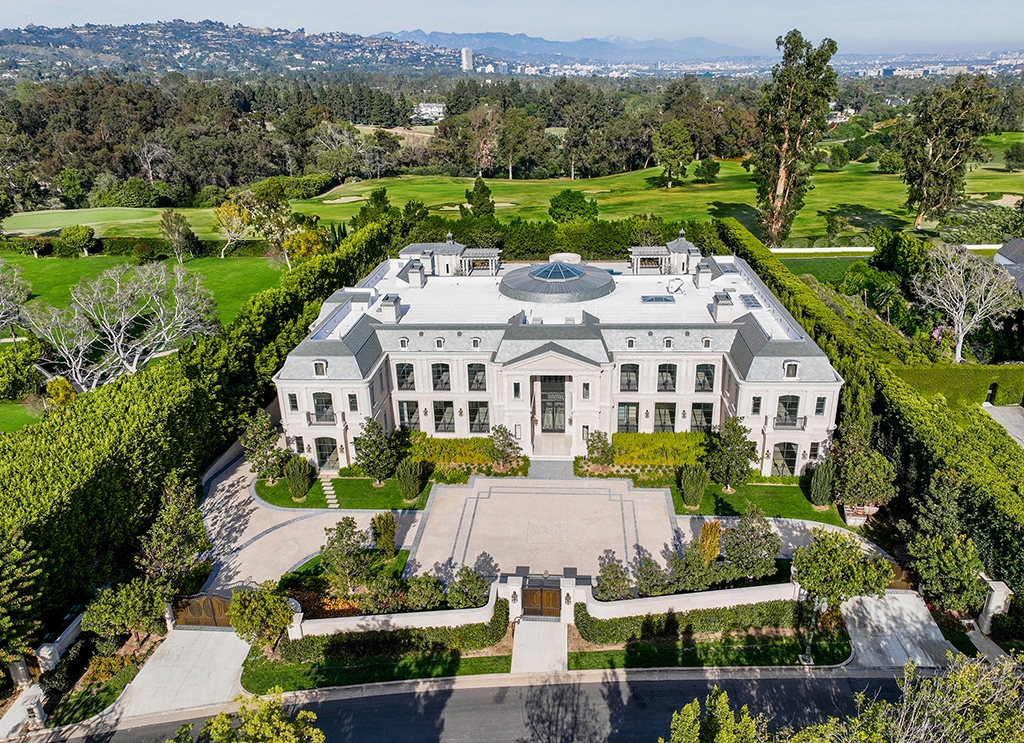 Armenian authorities are working to seize the assets of a former Finance Minister Gagik Khachatryan, including this home in Los Angeles.

In Armenia’s 2018 Velvet Revolution, one of the key promises was that, after more than a decade of corrupt rule from the previous regime, the new authorities would “return the stolen money to the people and the state.”

Four years later, the government is starting to make good on the promise: The state prosecutor’s office has filed 13 lawsuits demanding the confiscation of property worth more than $100 million in total that they say was acquired by corrupt means. The process started at the end of last year but is picking up steam; more than half of those 13 cases have been filed in the past three months.

The fact that the prosecutions began during a politically sensitive time – when many former regime figures were leading protests against the government – has raised questions about the motivations of the campaign. And some worry that an overzealous effort to seize property could scare off foreign businesses from investing in Armenia. But for many others, it is a significant step in restoring justice after the plunder of the previous decade.

In 2020, Armenia passed a law on unexplained wealth, allowing prosecutors to place a hold on any property worth more than 50 million drams (about $124,000) and acquired since independence in 1991. The prosecutor then has the opportunity to prove that the property was acquired via corruption and if the court agrees, the state can take possession.

But before the law could be put into effect, the state prosecutor’s office had to set up a Department for the Confiscation of Illegally Obtained Property and train new staff. The war with Azerbaijan in 2020 also set back the process.

Prosecutors opened their first case under the law, in September 2021, against Serob Harutyunyan, a former employee of the National Security Service. Prosecutors sought to seize an apartment on Yerevan’s central Northern Avenue valued at 187 million drams ($460,000), as well as two BMWs and a Porsche, among other property. It is still waiting to be heard by a judge.

Another key case has been that of Ohanyan. On May 30, prosecutors filed a suit to seize land, a mansion, and a car valued at a total of $2.5 million from the former defense minister. Ohanyan has denied that the property belongs to him.

But the prosecutions have often run into accusations that they have been politically motivated. Ohanyan’s case was filed just as anti-government protests – in which Ohanyan played a key role – were attracting thousands of government critics in Yerevan.

And to some, the Harutyunyan case appears connected with the fact that he had earlier been accused of leaking information about a previously unknown episode in which a government minister, Suren Papikyan, had stabbed his commanding officer as a conscript soldier 15 years earlier. Just months after Harutyunyan was acquitted for any wrongdoing in that episode, prosecutors filed the suit to seize his property.

While corruption was undoubtedly rampant under the previous regime, the current effort appears to be a political tool for punishing political opponents and redistributing property to benefit government supporters, said Avetik Ishkhanyan, the chairman of the Helsinki Committee of Armenia. The unexplained wealth law amounts to “revolutionary methods” which could lead to a dangerous schism in Armenian society, he told Eurasianet.

“Moreover, I’m sure this law will in no way affect those officials from the former government who now loyally serve the current authorities,” he said.

One of the most powerful, and apparently most corrupt, officials from the former regime has also been targeted: Gagik Khachatryan, a former finance minister who was arrested on embezzlement and abuse of power charges in 2019. Prosecutors say the Khachatryan’s corruption deprived the state of $41 million, which he has denied. The investigation in that case is still ongoing.

Now, the Armenian authorities are working to seize his assets, even abroad. In May, the state of California announced that it was seeking to seize a mansion in Los Angeles which the Khachatryan family bought in 2011 for $14 million, and then was put up for sale in April 2022 at an asking price of $63.5 million. The Armenian prosecutor’s office said the American case was launched at Armenia’s request.

It is not yet clear whether Armenia will be able to recover the funds related to Khachatryan’s assets in the U.S., as the two countries don’t currently have an agreement on the return of assets. But there are efforts in that direction, said Srbuhi Galyan, Deputy Prosecutor General for the Recovery of Property of Illicit Origin. “There are many technical issues that need to be addressed and I think we will be able to do this in the future,” she told Eurasianet. “Although there are relevant international conventions, like the Warsaw Convention or the UN Convention against Corruption, and other documents, a lot here also depends on the goodwill of individual states,” she said.

Galyan described another case in which the Armenian authorities sought to recover a house in Austria worth 1.5 million euros and owned by a former high-ranking Armenian official, whom she declined to identify. But the authorities there would not cooperate. “The Austrian authorities refused us, considering the case to be political persecution, but it’s obvious that there is no political context,” Galyan said.

Since its launch two years ago, the Department for Confiscation of Illegally Obtained Property has started 313 investigations. Of those, 24 have been completed and 13 have been submitted to the court. But officials say their work has been slowed by the fact that the department does not have its own investigative capacity and instead must rely on cases already being pursued.

Courts have only accepted eight of the 13 cases filed so far, and of those that have been accepted “there is still no real judicial investigation due to the workload of the judicial system,” Galyan said. To help manage the caseload, the Ministry of Justice is working to set up new anti-corruption courts, which officials have said should start operating by the end of 2022.

Prosecutors also hope to start expanding their probes beyond senior officials and into lower-ranking figures. “This [former government officials] is too narrow a circle of people,” Galyan said. In May, the law was amended to expand the types of people whose property is subject to seizure to include a much broader group of bureaucrats.

The law allows prosecutors to examine the history of a property as far back as 1990, which critics of the law say bears the potential for abuse. While officials have said they will only seize property from an owner who gained it through corrupt means, many are not sure.

“What will happen to property that was theoretically corrupted in the 1990s, but over the past 30 years has been resold several times and has now passed into the hands of a bona fide owner?” asked Varuzhan Avetikyan, a corporate lawyer and former head of the legal department at the Central Bank of Armenia.

Concerns like that have led some potential investors to shy away from Armenia, Avetikyan said.

“Some of my clients from abroad have refused to deal with their potential partners, fearing that the assets they wanted to acquire at some point might come to the attention of law enforcement,” he told Eurasianet.

Others, though, dismiss those concerns. “The claim that the return of ill-gotten assets discourages investment is a myth. This is a myth propagated by those who profit from corruption,” Ruben Carranza, of the International Center for Transitional Justice, told Eurasianet.

Carranza cited examples like Hong Kong and Indonesia as places where similar laws made them more attractive to foreign investors. “The investigation of corrupt officials actually strengthens the investment climate: This is how the Indonesian economy got stronger after the removal of their former dictator, Suharto. Their anti-corruption agency vigorously pursued the Suharto family,” Carranza said.