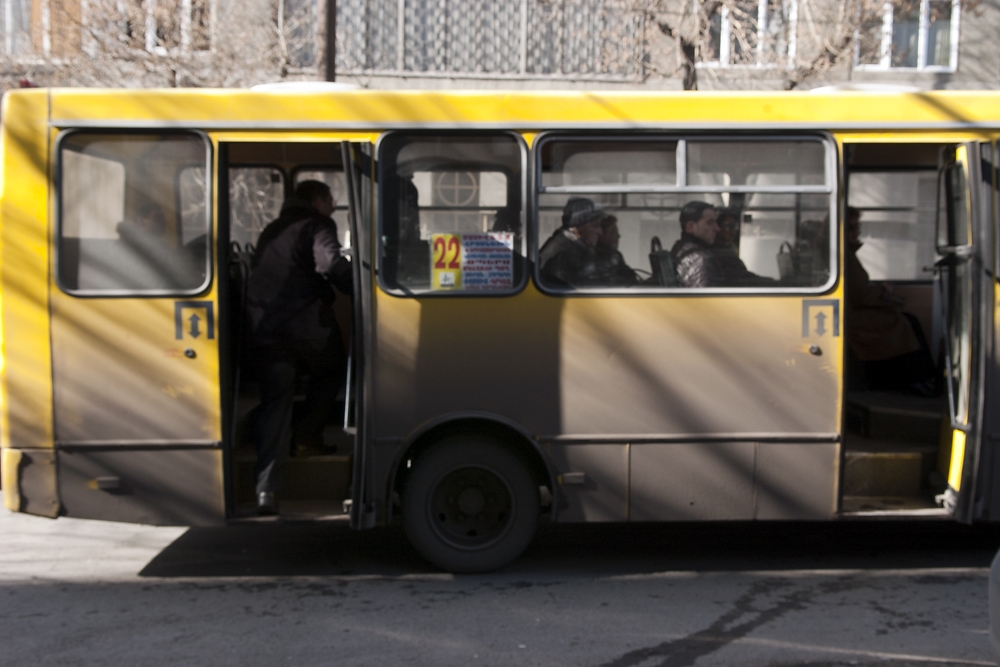 Yerevan’s city government, a body not generally known for being digitally savvy, is making a break with the Analog Age. Seeking to encourage the use of public transportation, officials have authorized a pilot project to provide free Wi-Fi on five city buses.

The program is emblematic of the rapid growing popularity of the Internet in Armenia, especially Internet-based social networks. Some observers contend that the expansion of online access is altering how Armenians view their chances for fostering change. “Armenian users have started to use social networks for raising different issues that cause concern in society, for creating a news story,” noted Internews Media Support social media trainer Gegham Vardanian.

The Internet is encouraging people to become more aware about civic issues, some observers contend.

“For many people, the Internet today has come to replace absent trade unions, social protest campaigns and unbiased media,” said Lilit Bleyan, host of the E-Club series, which covers Internet trends for the А1+ news portal. “This is good because a long-awaited platform for free communication and activity has emerged at last. … It makes domestic social and interpersonal problems more vivid.”

Edgar Galstian, a 24-year-old design student, was among those taking advantage of the wireless connection recently on one of the five Wi-Fi buses. “Life has absolutely changed now. There is no life without the Internet,” he said. “Now I can have access to the Internet on my way home from work, can continue to talk with my friends and read the latest news.”

Galstian is still in the minority when it comes to Armenians and the Internet. But analysts predict that the Web’s influence seems likely to keep expanding at a rapid rate. Digital tools can play a significant role in the country’s 2012 parliamentary election campaign, some experts believe.

“The forthcoming elections will be extensively Internet-related,” predicted information security expert and blogger Samvel Martirosian. “No doubt, the [Internet’s] influence has certainly intensified, and the increased number of groups fighting against different problems, as well as the greater presence of political figures in social media . . . and blogs go to prove this.”

Politicians are scrambling to harness the Internet’s potential to mobilize supporters. “The future is with the Internet,” asserted Hovhannes Sahakian, an MP for the governing Republican Party of Armenia. “The political fight has moved to social networks, taking the form of initiatives, support groups and online petitions.”

Facebook, not surprisingly, is the social network of choice for many leading politicians. For example, Yerevan Mayor Karen Karapetian, who boasts nearly 14,000 Facebook fans, uses his Facebook page to maintain a running dialogue with constituents, as well as field complaints about garbage collection, playgrounds and infrastructure repairs.

Socialbakers.com , which compiles Facebook statistics from over 200 different countries, recorded 177,800 Armenian Facebook users on June 22, compared with 110,000 in January 2011. That number (5.99 percent of its population) ranks Armenia last for Facebook usage in the South Caucasus, after Georgia at 621,620 users and Azerbaijan at 405,180 users.

While Armenia’s usage rate may not appear unusually robust (high fees for broadband access are one frequently cited deterrent), Facebook gives Armenians a chance to talk about topics otherwise taboo for discussion among media, family or friends, said Bleyan, the journalist. “Almost every week [E-Club] covers new Facebook initiatives: some [people] fight against transportation problems, others engage in fund-raising, another group of people unites for a ban against illegal construction, and so on,” she said.

As elsewhere in the Caucasus, data on Armenia’s rate of Internet penetration is sketchy. A recent analysis of data from the Caucasus Research Resource Center’s 2010 Caucasus Barometer survey by then-University of California, Santa Barbara doctoral candidate Katy Pearce found that Internet access in Armenia increased from approximately 6 percent of the population in 2009 to 19 percent in 2010, the news site epress.am reported. By contrast, Armenia’s Public Services Regulatory Commission claims that the rate increased by nearly 700 percent during 2009-10, reaching 47.1 percent of the country’s population of roughly 2.97 million – a figure that, if accurate, would rank Armenia as the most wired country in the Caucasus.

Pearce’s analysis found that Armenians who embrace technology trends are nearly as prevalent in villages (35 percent) and regional towns (29 percent) as in Yerevan (37 percent), the news site Epress.am reported.

The growth of web usage is fostering debate on the Internet’s potential impact on Armenian politics. If tariffs for Internet access are reduced, commented opposition journalist Khristine Khanumian, the Internet “will take a dominant stance” in Armenia. “[I]t provides for a diversity of positions, which can have considerable impact on the country," she said.

Leaders of the main opposition coalition, the Armenian National Congress, do not see the Internet acting as a “game-changer” in the upcoming parliamentary elections, though. The ANC uses social networks and websites to distribute video clips and statements from various ANC members, but party leaders note that the Internet’s value as an information tool does not extend much beyond Yerevan.

“It’s difficult to assess how decisive the role of the Internet will be during the elections, given the fact that 17 TV companies cover all of the country, including the most remote village, while the Internet is accessible mostly in Yerevan,” said ANC spokesperson Arman Musinian. “This is the reason I’m not very optimistic [about the Internet’s influence on the elections]; however, I am sure the [online] activity will only intensify.”

Marianna Grigoryan is a freelance journalist based in Yerevan and editor of MediaLab.am.