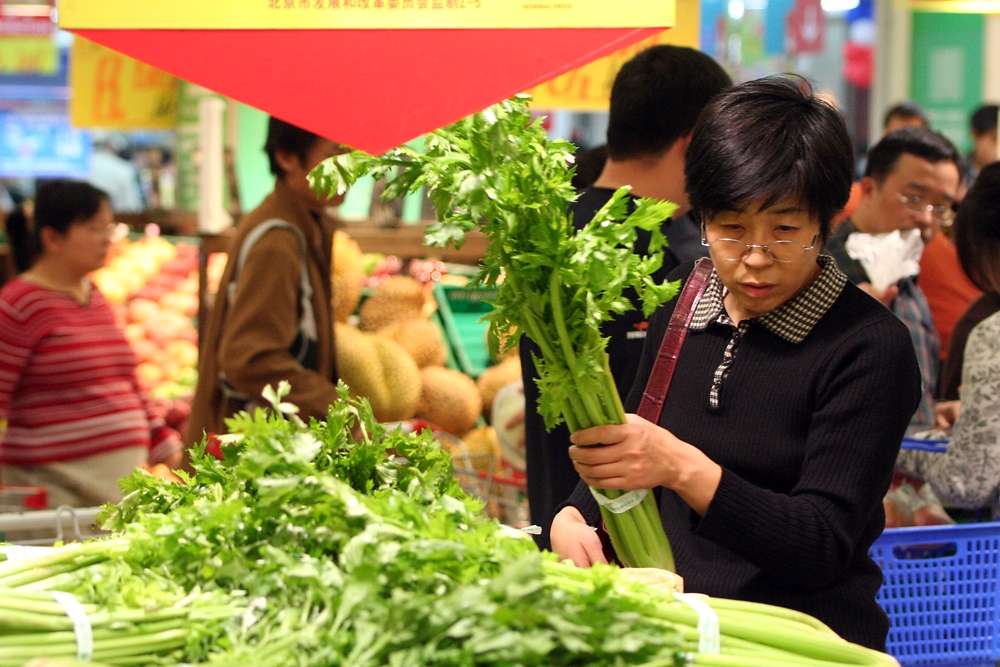 The global grocery chain Carrefour has more than 10,000 stores in 34 countries. Is Armenia next? (Photo: Carrefour)

French President François Hollande’s visit to Yerevan is refocusing attention on Armenia’s geopolitical orientation and its openness to European investment. On May 13, Hollande was scheduled to visit a Yerevan shopping center to inspect the construction site of a major French retailer, Carrefour.  Plans to open a 10,000-square-meter Carrefour store at the Dalma Garden Mall were first announced in late 2012, but, for unclear reasons construction has never begun. At the May 12 opening of an Armenian-French economic forum, Armenian President Serzh Sargsyan underlined that his government felt “honored” to see Carrefour’s pending arrival. “This fact demonstrates that Armenia provides favorable conditions for foreign investments,” Sargsyan asserted. President Hollande, in turn, expressed a hope that Carrefour’s opening would spark French investments in other sectors of Armenia’s economy. But Armenia’s attractiveness for European investors has been a moot point since Yerevan backed away last September from closer integration with the European Union to sign up for membership in a customs union with Russia, Kazakhstan and Belarus. The deal is expected to be signed by June. In comments to RFE/RL, President Hollande suggested that Armenia’s Customs Union membership might not preclude a substantial economic relationship with the EU, provided that Yerevan can “yield” on undefined issues related to the Customs Union. Hollande did not elaborate, but the remark would appear to contradict earlier assertions from various EU officials in Brussels. Political analyst Stepan Danielian takes Hollande’s comments about Carrefour as a sign that, amid increasing tensions with Russia over Ukraine, “the West has decided to make active moves” toward engaging Armenia. Thus, EU states may be determined to push for greater penetration of retailers like Carrefour into Armenia. “The entry of Carrefour into Armenia means … the destruction of the system of monopolistic favors, and [the emergence of] competition,” said Danielian, who runs the Yerevan-based Cooperation for Democracy Center. “The question is whether the authorities are ready to face [these changes] or not.” Analysts expect that Carrefour’s presence in Armenia would put pressure on government-friendly Armenian importers, which tend to dictate retail prices for basic items such as granulated sugar, flour and vegetable oil. Carrefour would have to import most of its food products for its Armenian store. The biggest potential losers from Carrefour’s appearance would be 45-year-old Samvel Alexanian, an influential MP for the governing Republican Party of Armenia and the alleged owner of the country’s largest supermarket-chain, Yerevan City, and the country’s largest food-importer, Alex Grig. Locals have attributed the delay in Carrefour’s opening to supposed intervention by Alexanian and Alex Grig, which currently holds a monopoly on sugar imports. The company was ranked as Armenia’s second-largest taxpayer after GazProm Armenia between January and March 2014, with payments of 5.2 billion drams, or roughly $12.6 million. After nearly two years of waiting for Carrefour’s opening, some Armenian analysts are pessimistic about the chain’s chances for prevailing over Alex Grig’s apparent opposition. Armenia’s pending membership in the Russia-led Customs Union has furthered those fears. “The expectations one year ago and now are absolutely different,” commented economist Vahagn Khachatrian, an opposition activist and former mayor of Yerevan. “Back then, nobody spoke about joining the Customs Union, while now we have a completely different story. By entering the economic field of Armenia, Carrefour may face huge problems related to customs duties and other issues.” Carrefour representatives could not be reached to elaborate about their plans. Economic columnist Hayk Gevorgian, who writes for the pro-opposition daily Haykakan Zhamanak, believes that the Customs Union’s higher duties mean that Carrefour poses less of a threat to pro-government entrepreneurs with interests in the retail-food sector. The duty on granulated sugar, for instance, is expected to increase from 10 percent to 40 percent. “This means that the price of sugar that Carrefour imports will be not competitive; the same thing with … oil, butter, cheese, meat and dairy products, and so on,” commented Gevorgian. Economy Minister Vahram Avanesian stated in February that the government had begun negotiations with the Customs Union to waive import duties for 850 types of goods, but the final result of those talks is unknown. Avanesian predicted that price increases would be minor as imports shift to Customs-Union markets. In earlier comments, President Hollande stressed that the opening of the hypermarket would “provide earnings for local producers and fully integrate into the Armenian local-shop chain of food and household products.” But some of these locals appear not to be taking any chances. The supermarket Gourmand already has opened at the mall slotted to house Carrefour. Its owner? The Alexanian-linked supermarket-chain Yerevan City.