Iranians have been flooding into Armenia to get COVID vaccines, causing Tehran to complain and Yerevan to tighten the rules. 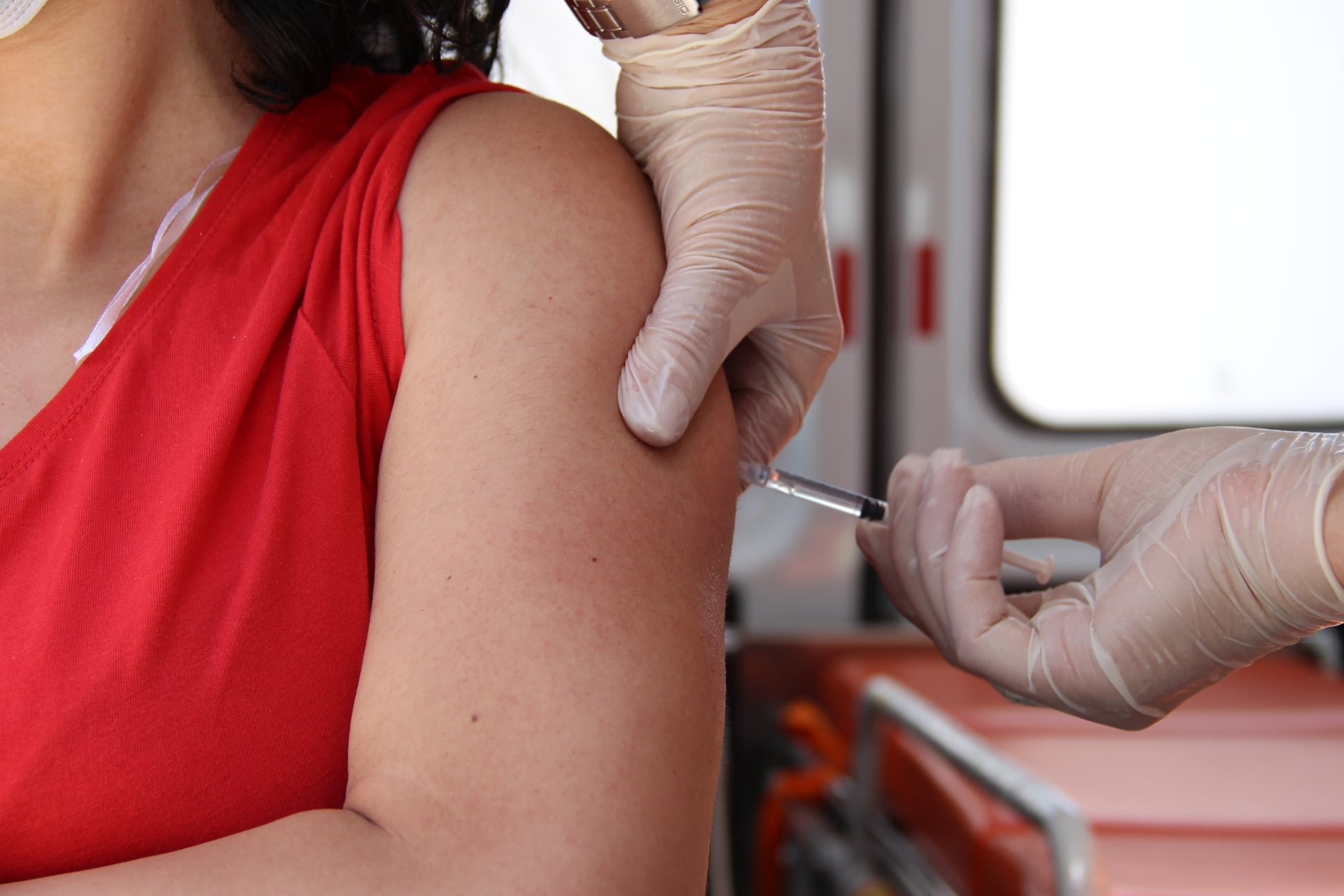 Armenian nurses have been putting vaccines in an increasing number of Iranian arms. (photo: Armenia Ministry of Health)

Iranians, frustrated with the slow pace of vaccination in their country, have been flocking to neighboring Armenia to get the jab.

Exact numbers of the Iranians coming to get vaccinated aren’t available, but vaccination points in Yerevan -- which have been offering walk-up shots of AstraZeneca to anyone, including foreigners, since May -- have in recent weeks had long lines of nearly all Iranians.

Prices of flights from Tehran to Yerevan have spiked, to up to $300. All flights between the two countries have been nearly full, said the head of the Iran-Armenia Joint Chamber of Commerce, Hervik Yarijanian, and Armenian airlines are adding flights.

Social media posts have been showing huge crowds of Iranians at the land border between the two countries.

“I am 45 years old and maybe in three months I can get a vaccination in Iran, but I want to do it earlier than that, so I came to Armenia,” said one Iranian, who just gave his name as Fariborz, as he waited his turn in a queue near the vaccination point on Yerevan’s central Northern Avenue.

In Armenia, vaccine skepticism is high and the AstraZeneca vaccine has been especially unwanted because of some well-publicized problems in Europe and in neighboring Georgia. So the government has taken the unusual step of allowing even non-resident foreigners to get the shot at walk-up clinics in Yerevan.

The government of Armenia does not provide statistics on how many foreigners have received the jab, which they can get simply by showing their passport and undergoing a blood pressure check. The country had vaccinated a total of 108,000 people as of July 11, and it’s not known how many of those are Armenians and how many foreigners.

The Northern Avenue mobile vaccination point opens at noon. But a group of Iranian tourists at the vaccination point told Eurasianet that some of them had been waiting since 8 a.m. “Unfortunately, there is no discipline,” said Mona, one 20-something member of the group. “We put our names in the list, but nobody was keeping the queue based on the names,” she said.

“All of them are Iranians,” Mona says, pointing at the crowd. “We saw only less than maybe 10 Armenian people.”

The number of tourists in general to Armenia is growing, from 41,881 in April to 64,101 in June, according to data from Armenia’s Tourism Committee. The number of people entering Armenia from Iran at the Meghri land border grew from 2,516 to 5,592 over the same period.

“Of course, vaccination is not the only reason [for the increase], as the number of tourists from Iran has been high in previous years as well,” said Gayane Ayvazyan, a spokesperson for the tourism committee. She said Armenia has not been specifically promoting vaccine tourism, but that the committee welcomes the Iranian influx.

The view from Tehran has been less enthusiastic. As publicity over the trips to Armenia has grown, officials have been forced to address the apparent failure of Iran to provide vaccines for its own citizens.

A spokesperson for Iran’s health ministry, Kianoosh Jahanpour, told Iranian media that Armenia’s policy of vaccinating foreigners “was not a strength” of the country and was the result of vaccine skepticism there. He suggested Armenia was freely giving out the vaccines because it worried it may not be able to administer them to enough Armenians before they expire. The Iranian embassy in Yerevan, asked for comment, referred Eurasianet to tweets of Jahanpour’s in which he made similar comments.

In an interview with Iranian newspaper Hamshahri, Yerevan’s ambassador to Tehran Artashes Tumanyan complained about the negative remarks from Iranian officials, saying they were “inappropriate” and “had no connection to reality.”

But he also added that Armenia would be tightening restrictions on foreigners getting vaccines, that as of July 15 only foreigners whose passport stamps showed they entered the country at least 10 days earlier would be able to get a shot. Armenia’s health ministry later confirmed the policy change to Eurasianet.

Less than 2 percent of Iranians have been fully vaccinated. Iran has relied for the most part on Russian and Chinese vaccines, having banned American- and British-produced vaccines. It also has produced its own vaccine, COVIran Barakat, which Supreme Leader Ali Khamenei received in June. It also has received about 2 million doses AstraZeneca through the vaccine-sharing COVAX program.