The accusation comes as a new EU monitoring mission prepares to deploy to the border, and as bellicose rhetoric from Baku is again on the rise. 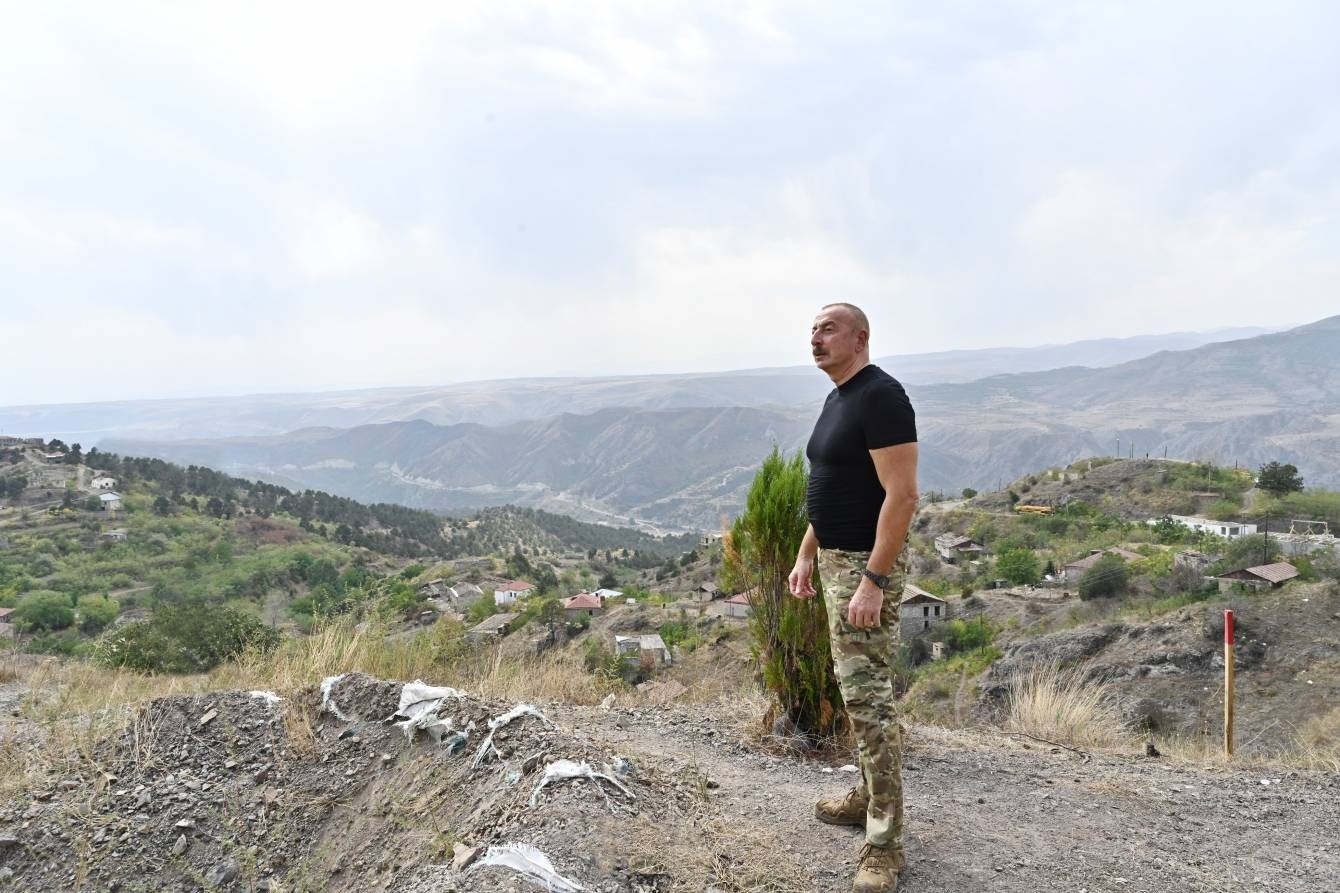 Armenia has accused Azerbaijani forces of firing on themselves in order to create pretexts to attack Armenian forces across the border, as fears of another escalation have again mounted.

“Night surveillance of Azerbaijani military activity has revealed that Azerbaijani forces are violating the ceasefire by first firing at their own positions and then in the direction of Armenian positions,” Armenia’s Ministry of Defense said in an October 18 statement. It said it had observed the activity in the vicinity of the villages of Sotk and Kutakan, in Armenia’s Gegharkunik province.

Prime Minister Nikol Pashinyan, in a tweet, said the practice amounted to “creating fake news on ‘ceasefire violations’ by Armenia.” In another tweet, he added: “Obviously, this is a creation of a pretext for new military aggression against Armenia.”

He-said-she-said allegations of ceasefire violations are not new in the conflict. Before the 2020 war, the only independent monitors of the line of contact between the two sides was a tiny mission, amounting to six observers who were not in the area full-time, from the Organization for Security and Cooperation in Europe (OSCE). Following the 2020 war even that monitoring effort was abandoned.

Now, the border is again set to see a third-party monitoring mission. The European Council on October 17 formally approved the deployment of a 40-member monitoring mission to Armenia. Pashinyan and Azerbaijan President Ilham Aliyev approved the mission at an October 6 meeting in Brussels. Its mission will be “monitoring, analyzing and reporting on the situation in the region,” the EU said in a statement.

An advance team of the monitors, made up of observers from the EU Monitoring Mission in neighboring Georgia, entered Armenia on October 14. On October 17, Armenian Defense Minister Suren Papikyan met with a technical assessment team from the mission. They will “in principle” be stationed in the country for only two months, in the EU’s wording, and unlike the previous OSCE mission, will be restricted only to the Armenian side of the border.

“There was an attempt to send this [EU] mission to the Azerbaijani side, which was resolutely rejected by us,” Aliyev said at an October 14 summit of post-Soviet leaders in Astana. Aliyev said that the mission was intended “to help the parties to draw the border and agree on issues related to delimitation,” a description at odds with the EU’s own presentation of the mission.

In the days ahead of the EU mission’s deployment, reports of ceasefire violations surged, and Azerbaijani pro-government media aired a number of programs raising the prospect of a broader Azerbaijani attack on Armenia.

One television channel, ARB24 has broadcast several such reports; one on October 17 was titled “Yerevan broke its promise – is Baku preparing for a new offensive in Karabakh?” In it, military analyst Alp Arslan Imamgulu said that “Armenian incidents” along the border mean that Azerbaijan’s “harsh, appropriate responses will come soon.”

It’s not clear whether the EU’s small team will be able to do much to determine who is to blame for ceasefire violations, but Armenia’s description of Azerbaijan’s alleged skulduggery represented an unusual level of detail in the mutual accusations.

The rise in tension comes as the two sides appear to remain committed to reaching a peace deal by the end of the year. But with only about 11 weeks remaining until that self-imposed deadline, the two sides seem to remain far apart on some critical issues.

On October 17, Pashinyan reiterated a proposal to open three border crossings with Azerbaijan in order to satisfy one provision of the agreement that ended the 2020 war: that Armenia commits to allowing Azerbaijan use of a transportation route connecting the exclave of Nakhchivan with mainland Azerbaijan through Armenian territory.

Azerbaijan has previously rejected that proposal, insisting on a route it calls the “Zangezur Corridor” along Armenia’s southern border with Iran, the shortest distance to Nakhchivan and where Armenia has already agreed to restore a rail route.

In a tweet, Azerbaijan’s foreign ministry again rejected Pashinyan’s proposal, calling it a “fake pretext” and an “unrealistic” solution.

In Aliyev’s Astana speech, which took place before Pashinyan again spoke about the border crossing proposal, Aliyev accused Armenia of dragging its feet on the Zangezur Corridor as well as on the withdrawal of Armenian armed forces from Nagorno-Karabakh, another provision of the ceasefire agreement. “If these two important provisions of the [ceasefire deal] are not implemented, we will be left with no other option but to act accordingly,” Aliyev said.

Pro-government online media outlet APA TV presented the three-crossing proposal as “Pashinyan’s new provocation.” Several media reports raised the prospect that, if Armenia were to not allow the Zangezur Corridor, then Azerbaijan would seek to limit Armenians’ access to Nagorno-Karabakh via the one road connecting them, the Lachin Corridor.

“Since the end of the Second Karabakh War in 2020, weaponry, explosive substances, and armed vehicles have been carried via the Lachin Corridor [by Armenians] and installed in Khankandi,” one journalist, Elchin Alioghlu, said in another ARBTV report, using the Azerbaijani name for Stepanakert. “Why should Azerbaijan tolerate the military provision of the terrorists on its own territory?”

Amid the tension, Iran’s armed forces launched military exercises reported as “massive” in scale along its northern border with Armenia and Azerbaijan.

“The message of this exercise for the neighboring countries is peace and friendship and the consolidation of stable security, and for the enemies to announce the readiness of the [Iranian] armed forces to defend the country's borders and respond decisively to any threat,” said Brigadier-General Mohammad Pakpour, the commander of the Islamic Revolutionary Guard Corps ground forces.

Iran has repeatedly criticized plans to create the Zangezur Corridor, as it fears that its border with Armenia could be cut off and that it would be increasingly encircled by rival countries Azerbaijan and Turkey.