Acting prime minister Nikol Pashinyan confirmed that the two sides are close to an agreement, which reportedly could involve additional territorial concessions. 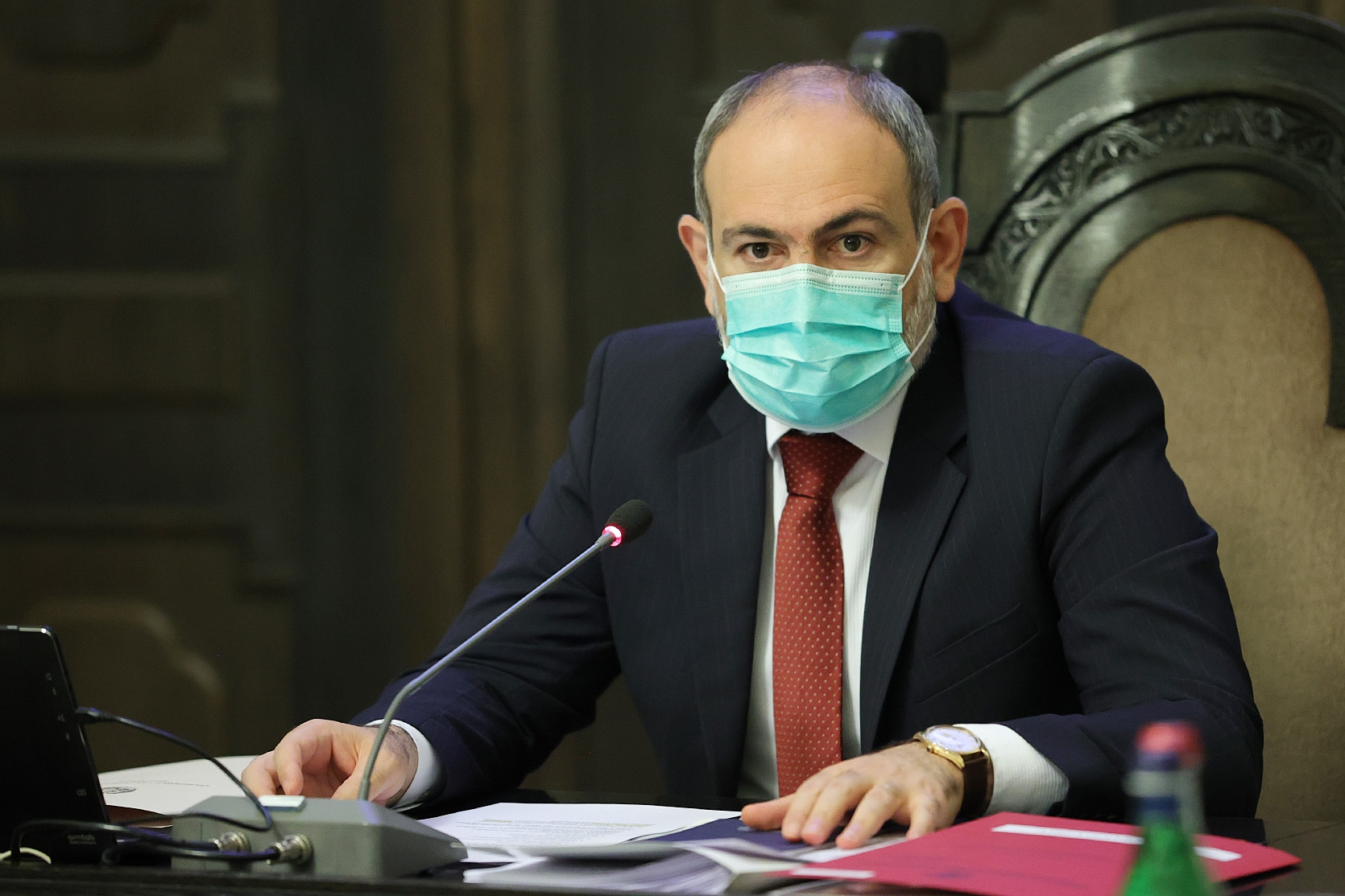 Armenia is set to sign an agreement with Azerbaijan that could address many of the current disputes between the two sides, but amid collapsing trust in the government many Armenians are demanding that the terms of the deal be made public.

On May 20, Armenia’s acting prime minister Nikol Pashinyan confirmed the authenticity of a document that had been circulating online since the previous evening. He called it a “preliminary agreement” that was “100 percent consistent with the national interests of Armenia. If Azerbaijan implements the agreements [that are stipulated in the document] then I will sign the document,” he told a government session.

A heavily redacted image of a document, to be signed by Pashinyan, Azerbaijan President Ilham Aliyev and Russian President Vladimir Putin was released earlier by Mikayel Minasyan, a son-in-law of former president Serzh Sargsyan and a leading critic and gadfly of Pashinyan. The unredacted part of the document calls for the creation of a joint commission to demarcate the border between the two countries, and for each country to appoint delegates to the commission by May 31.

Minasyan wrote on his Telegram channel that other parts of the agreement called for the withdrawal of Azerbaijani forces from the border area into which they made an incursion a week earlier, the return of some Armenians who remain detained in Azerbaijan, and the handover of six villages. Minasyan didn’t specify the villages, but he likely was referring to several slivers of land in Azerbaijan’s Qazax region that Armenia took control of as the Soviet Union was collapsing. Minasyan said that Pashinyan was still working on a way to word the agreement “in a way that [the handover of the villages] will be unnoticeable so that it will be easy for him to get re-elected.”

Minasyan said that Foreign Minister Ara Ayvazyan has refused to sign the document. The Ministry of Foreign Affairs has not commented on the allegation.

There was no confirmation from Azerbaijan about the draft agreement, but a number of pro-government media reported on Pashinyan’s statement.

The news of a draft agreement came amid one of the tensest periods in post-war Armenia, as an Azerbaijani incursion into a border region in southern Armenia raised fears that fighting could resume again and that Azerbaijan is seeking additional concessions from a weakened Yerevan. More than a week after their advance, a large group of Azerbaijani soldiers remain in what Armenian officials have said is Armenian territory.

Following the late-evening release of the document, a group of protesters gathered in front of the government headquarters in Yerevan, demanding that Pashinyan be transparent in his negotiations with Baku. “Pashinyan, the minister of defense, and the president have to come here and explain what document they are signing,” said Marina Poghosyan, the head of the human rights NGO Veles, said at the demonstration. “We didn’t give them permission to trade our lands.

In his comments the following morning, Pashinyan did not address any of the details that Minasyan described. While he confirmed the authenticity of the draft, he called Minasyan an Azerbaijani agent.

“In the modern world the information war is sometimes more important than the actions in the battlefield,” Pashinyan said. “Azerbaijan has its agents of information war among Armenia's political elite,” said the prime minister.

“The document that is being circulated on the Internet, is 90 percent redacted and this is claimed to be proof that the Armenian government is signing an anti-Armenian document. If this is an anti-Armenian document, why it is redacted? It should have been fully disclosed and presented to the public,” Pashinyan said. But he added that he wouldn’t disclose the document himself until a final version is reached.

Following the government meeting, reporters asked Economy Minister Vahan Qerobyan about the claim that the document called for the handover of six villages. “No, I can’t go into details but no, there is nothing like that,” he said.

Pashinyan is at the moment only acting prime minister, having resigned to trigger early elections, which are scheduled for June 20. Many have argued that as effectively a caretaker leader, he should not sign any binding agreements with Azerbaijan before the election. “We propose that all forces participating in the election sign a joint document stating that no negotiations took place before a new government is formed, no document should be signed by the current government or acting officials,” wrote Edmon Marukyan, the head of the Bright Armenia party, on Facebook.

Demands have come from several quarters to publish the full document. A demonstration was planned for 7 p.m. in front of the government. Arman Gharibyan, the head of another human rights organization, Human Rights Power, called on people to attend and used a hashtag roughly translating as “not belonging to any political party.”

Ombudsman Arman Tatoyan also called for the document to be released. “The demarcation with Azerbaijan directly concerns vital rights of all of us, every person living in Armenia,” he wrote on Facebook. If the document isn’t released “the information vacuum created by the state will again be filled with information from unofficial sources, confusing even honest people, and some officials will again make irresponsible posts,” Tatoyan wrote.