For decades, Yerevan has wanted Turkey to end its blockade. Now it seems Ankara may be willing, but the mood in Yerevan has shifted. 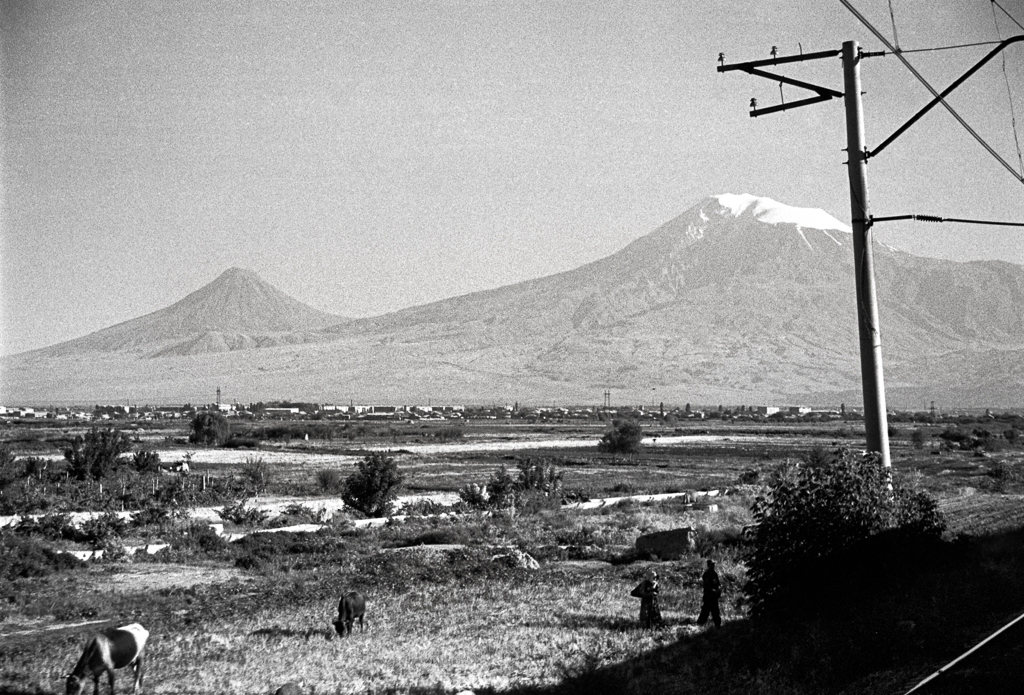 Since the end of last year’s war between Armenia and Azerbaijan, Turkish officials have repeatedly suggested that they may be ready to open their border with Armenia. But those suggestions have been met with suspicion in Armenia, where mistrust of Turkey has hit record levels following Ankara’s strong support of Azerbaijan in the war.

That is somewhat of a reversal of the two sides’ pre-war positions. Turkey unilaterally closed the border and cut relations with Armenia in 1993, in solidarity with Azerbaijan during the first war over Nagorno-Karabakh and in protest at Armenia’s capture of territories surrounding the region. Since then, the official Armenian position has been that the Turkish closure amounted to a unilateral “blockade” and that it favors reopening the border.

The recent war resulted in Azerbaijan regaining control of many of the territories it lost in the 1990s. Now that that obstacle has been removed, Turkish officials say they are interested in revisiting the border issue.

In the wake of the war, Turkish President Recep Tayyip Erdogan has proposed a six-country regional cooperation “platform,” including Armenia, to promote economic integration. “If positive steps are taken in this regard, we will open our closed doors” to Armenia, he said during a December 10 visit to Baku. In January, the Washington Post quoted an unnamed senior Erdogan adviser saying that Ankara is ready to “normalize relations with Armenia.” The adviser continued: “The problem for us has always been Armenian occupation of Azeri territory. That’s now resolved. If Armenia is willing to take a step, we are ready.”

It was not clear, in either case, what steps Ankara expected Yerevan to take. And Armenians have also viewed with alarm Turkey’s less conciliatory statements, such as Erdogan’s invocation of Enver Pasha, the architect of the Armenian genocide, at a December military parade in Baku.

“Our assessment is based not on words, but actions, and we have a lot of contradictions here,” Anna Naghdalyan, the spokesperson for Armenia’s Ministry of Foreign Affairs, told Eurasianet. “It’s not Armenia who closed the border so the question on the opening of the Turkish-Armenian border should first be addressed to Turkey. Armenia is in favor of unblocking all transport communications in the region,” she said, adding that at the moment there is “no discussion” on opening the border.

Foreign Minister Ara Ayvazyan also signaled a cautious interest in the border opening on February 10, when he said that Turkey had “no reason” to keep it closed.

Since the war ended on November 10, there have been rapid developments regarding opening up the region’s many closed borders. The leaders of Russia, Armenia, and Azerbaijan met on January 11 to discuss “unblocking” communications, and officials from the three sides have already had multiple follow-up meetings to work out details. The process appears to be driven mostly by Russians and Azerbaijanis, however, and Armenians seem to be taking a more passive stance.

At the most recent meeting, between the deputy foreign ministers of the three sides on January 30, “the most surprising thing was that Armenia had no agenda, no talking points, no demands,” said Richard Giragosian, the head of the Yerevan-based think tank Regional Studies Center. “They don’t want it,” he said, referring to an open border with Turkey. “It’s a primitive position by Pashinyan, that ‘we are too vulnerable, too weak to normalize relations with Turkey,’” he told Eurasianet.

“This is not what the Armenian government is focused on now,” one senior government official told Eurasianet on condition of anonymity. “There haven’t been any preparations, new documents or even processing of old ones.”

As a result, there is some concern in Armenia that Ankara may present Yerevan with a fait accompli for which it is not prepared. “Even if Armenia says ‘no,’ they [Turkey] won’t let us keep saying ‘no’ for long,” said Arman Grigoryan, a professor of international relations at Lehigh University, in an interview with news website CivilNet.

“If Turkey unilaterally opens the border we have no response planned, no scenarios planned, and we could lose all the diplomatic dividends by saying ‘no don’t open it, we’re not ready, what about national security,’ and so on,” Giragosian said. “The lack of a strategy only encourages Turkey to take advantage of the situation.”

The question of relations with Turkey is now highly sensitive in Armenia. Yerevan has introduced a ban on Turkish imports to the country, citing national security as a reason. And the political opposition has been trying to paint Prime Minister Nikol Pashinyan as an “agent” of Azerbaijan and Turkey, a factor which could complicate Yerevan’s calculations.

Former president Robert Kocharyan, a Pashinyan foe who has signaled his interest in returning to politics, was asked in a January 28 interview about “an impression that Pashinyan is a favorable candidate for Turkey and Azerbaijan.” Kocharyan coyly replied that Pashinyan “has been doing everything that an enemy state would want to happen in Armenia.” Another prominent government critic, Mikayel Minasyan, has claimed that close Pashinyan ally and speaker of parliament Ararat Mirzoyan is a Turkish spy.

There also have been concerns that Armenia, in its weakened state, may be forced to moderate its demands that Turkey finally acknowledge the 1915 genocide of ethnic Armenians in the Ottoman Empire. Many Armenians opposed the last attempt at normalization with Turkey, which began in 2008 under the presidency of Serzh Sargsyan, since Turkey had yet to acknowledge the genocide.

Ruben Melkonyan, a Turkish studies scholar at Yerevan State University, said that Turkey may have additional conditions for normalizing relations. “Now that we are in a weak position, Turkey can press Armenia to drop the demand for genocide recognition,” he told Sputnik Armenia. In that context, Foreign Minister Ayvazyan’s cautious interest in opening the border is “flawed and risky,” he said.