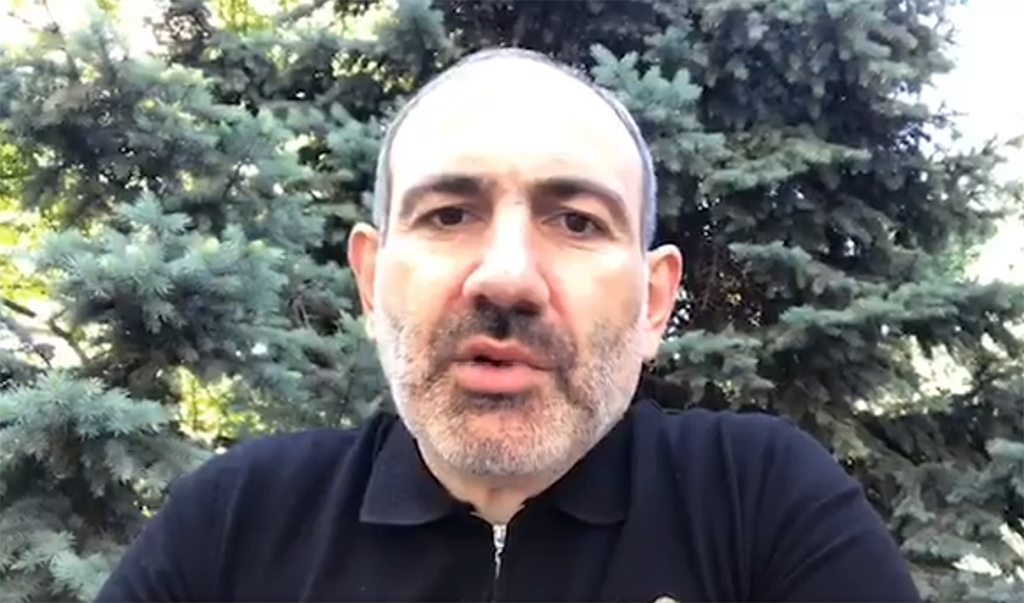 Armenian Prime Minister Nikol Pashinyan announces on Facebook that he has tested positive for COVID-19.

Armenian Prime Minister Nikol Pashinyan has announced that he has tested positive for COVID-19, though he is not experiencing any symptoms.

Pashinyan’s diagnosis dramatically highlighted the accelerating spread of the disease throughout the country. As of June 2, Armenia had registered 6,368 active cases, including 517 new infections and 19 deaths in the last day compared to only 25 recoveries. In total 158 Armenians have died from the disease, at a rate of 44.2 deaths per million. By contrast, neighboring Azerbaijan has had 6.21 deaths per million and Georgia, 3.01.

The prime minister said he had apparently been infected by a waiter who had not been wearing gloves.

To many, that explanation seemed a bit rich given an infamous photo, taken 10 days before, of Pashinyan and several other senior officials at a banquet where the only people wearing masks or observing even the slightest social distancing were the wait staff.

Pashinyan said his entire family had been infected, but none were experiencing symptoms of the disease and all were feeling well. He said he only decided to undergo testing as a precaution because he had been planning to visit military units.

Pashinyan had at least occasionally been wearing a mask in public, in contrast to many world leaders – particularly men – who have eschewed the practice.

A spokesperson said that the prime minister would now work remotely but that his staff would not all be tested for the disease.

Armenia already has so many active COVID-19 cases that patients with no or mild symptoms are being treated at home, as the country’s hospital capacity – about 4,000 total beds – has been overwhelmed.

On May 24, Health Minister Arsen Torosyan said that of the country’s 186 intensive-care beds available for coronavirus patients, 154 were currently in use. At the time, Armenia had 230 cases classified as severe and 52 as critically severe. The ICU bed numbers have not been updated since then, but in a June 1 briefing Pashinyan said that 440 cases are now classified as severe and 55 as critically severe. In recent days, the rate of positive tests has been around 35-40 percent, suggesting that the country is undertesting.

The briefing – part of a series of daily coronavirus updates in which Pashinyan, Deputy Prime Minister Tigran Avinyan and Torosyan speak – was the first one held in the open air.

In spite of the increasing spread of the disease, Armenia largely ended its lockdown on May 4. Some restrictions do remain, and police have been strictly enforcing rules about wearing masks and gloves, which are now mandatory in nearly every indoor public space and some outdoor spaces as well. Over 1,200 people have been fined and 134 businesses have been shut for violating the rules, Pashinyan said.