Speculation has swirled about the political future of the newly resigned head of the National Security Service, who has been publicly feuding with the prime minister. 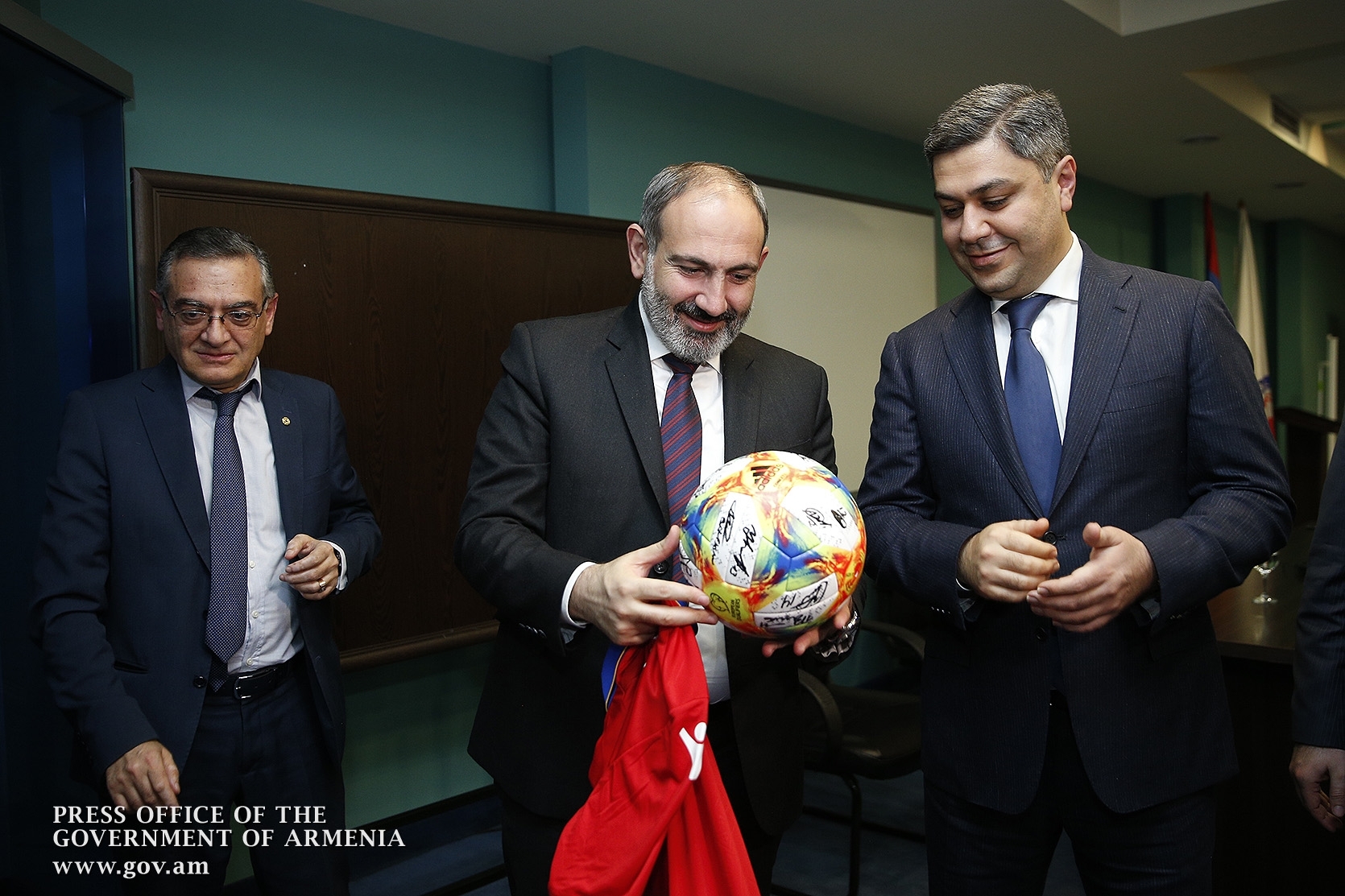 Prime Minister Nikol Pashinyan, center, and Artur Vanetsyan, right, in happier times. Vanetsyan was head of the National Security Service until his surprise resignation on September 16; since then the two men have been publicly feuding. (photo: primeminister.am)

An ongoing feud between Armenia’s prime minister and its recently resigned top security official has led to fevered speculation in Armenia about further upheavals.

The head of the National Security Service, Artur Vanetsyan, announced his resignation on September 16. Insinuations of treachery and scheming quickly followed, with Vanetsyan cryptically accusing the government of mismanagement and a spokesman for Prime Minister Nikol Pashinyan suggesting that Vanetsyan remained loyal to the former regime, which Pashinyan overthrew last year.

The war of words has only escalated since then. While on a visit to Los Angeles on September 23, Pashinyan said that Vanetsyan’s statement was equivalent to “throwing his epaulets in the trash.” The same day, Vanetsyan shot back. “Pashinyan is again working under the idea that ‘whoever is not with us is a traitor.’ How long will he keep manipulating the public like this?” he told the newspaper Hraparak in an interview. He said he would continue to talk “without any consideration for the consequences” and that “time will show what or who will be thrown in the trash.”

Vanetsyan’s departure was followed by another high-level security cadre shakeup. Chief of police Valery Osipyan was relieved of his duties on September 18. But the same day it was announced that Pashinyan had appointed Osipyan – another holdover from the former regime notorious for his harsh treatment of the then-opposition – as his adviser.

As of now, it is not known who will replace either Osipyan or Vanetsyan. Shortly after the resignations, parliament passed new regulations loosening the requirements for holding the posts, effectively making them equivalent to the requirements for being a member of parliament. Many saw the move as opening the way for more political figures to assume the roles. “As you know, almost everyone is qualified to become a member of parliament,” joked the political satire show Armcomedy. “And of course those two things [the resignations and the new law] have nothing to do with each other. It’s a coincidence.”

“After a quite turbulent 16 months, Pashinyan has decided to get the situation under control and stabilize it under his unquestioned control before it’s too late,” wrote analyst Hrant Mikaelian in a blog post about the various moves. “It’s possible to trust Pashinyan and see this as a decision that will lead to a stabilization of the situation under his command. But it will be possible to know only with time, as Pashinyan doesn’t have the sufficient experience and understanding of government work to rely on.”

Of all the moves, it was Vanetsyan’s dramatic departure that held the most intrigue.

Vanetsyan had taken a higher profile than had previous heads of the NSS, regularly giving press conferences and becoming a household name. Many counted him as the second most powerful person in Armenia, and speculation quickly turned to whether he might present a political challenge to Pashinyan.

“The way I read his statement, he is talking about creating a party,” Edmon Marukyan, the leader of the opposition party Bright Armenia, told journalists.

But some were skeptical of how effective Vanetsyan could be politically. “When these statements began after the resignation, for some reason, maybe Vanetsyan himself also believed that he had some kind of political standing,” said journalist Yuri Manvelyan in an interview with RFE/RL. “It was often mentioned that he was among the most popular officials. But he does not have any political weight or standing – this is Pashinyan’s standing.”

Vanetsyan’s acrimonious departure again shed light on his previous ties to the former authorities. Vanetsyan had been spotted in early September in Moscow meeting with prominent businessman and ally of the former regime Samvel Karapetyan, the government-friendly anonymous Telegram channel Bagramyan 26 reported.

“It is extremely worrying that the former head of the secret service of Armenia, who undoubtedly possesses important information, is ready to satisfy his political, or rather, careerist aspirations via Moscow,” wrote news website 1in.am in an analysis.

While the Vanetsyan-Karapetyan meeting caused furious speculation in Yerevan, it may have been misinformation; Vanetsyan denied that he had met the businessman and other reports suggested the incriminating photos may not have been of Karapetyan at all.

Rumors also swirled around Vanetsyan’s ties with Mikael Minasyan, the son in law of Serzh Sargsyan, the president whom Pashinyan ousted last year, but the ex-NSS man denied them. “Do not dare to tie me with him [Minasyan],” Vanetsyan told reporters.

Immediately after his resignation, Vanetsyan headed to Moscow – it is unknown for what purpose – but before he left he suggested that he was in fact considering getting into politics. “At the moment I am not going to comment on my political future,” he said. Time will pass, and I will make my decision.”