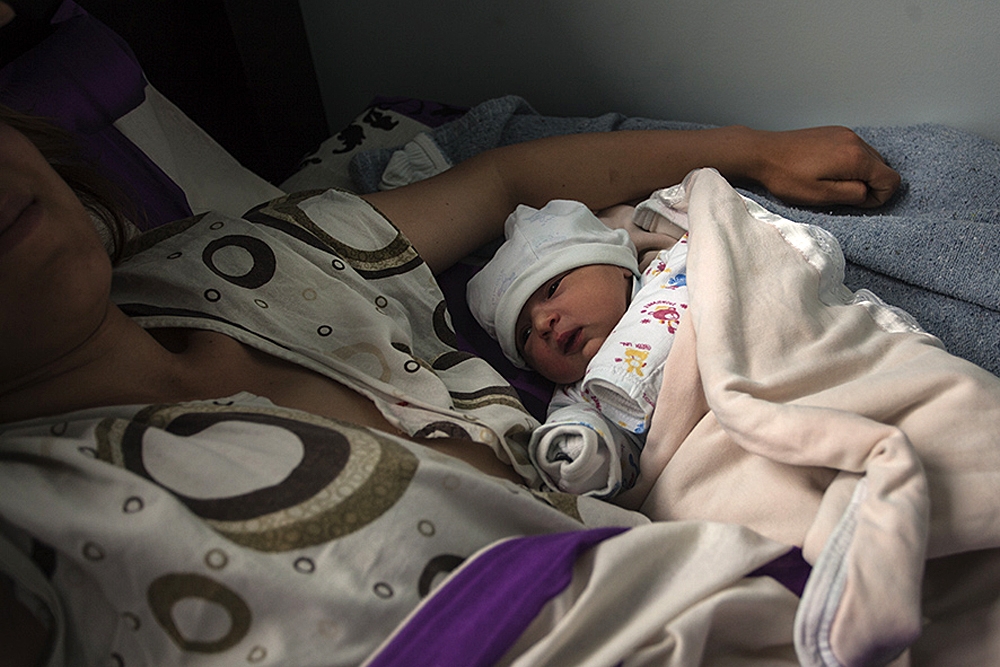 Officials in Armenia want to impose a ban on prenatal sex determination in a bid to discourage sex-selective abortions that favor males. The measure would aim to correct a growing disparity in the country’s male-to-female birth ratio.

Compared with a worldwide ratio of 102 males for every 106 females, 114.5 boys are born in Armenia for every 100 girls, according to 2012 data from the United Nations Population Fund (UNFPA). The figure ranks Armenia just after China (117.8) and Azerbaijan (116.5) for births of males compared with females.

Research done by the UNFPA in 2011 found that the imbalance, a trend since the 1990s, “stems from prenatal sex selection,” with the fetuses of “1,400 girls annually” terminated via a sex-selective abortion. The imbalance poses “a major blow to the deteriorating demographic situation in the country,” the study found. Affected by large-scale emigration,  Armenia’s population currently stands at a mere 3.27 million people, according to official data.

Gayane Avagian, head of the Ministry of Health’s Maternity and Reproductive Health Protection department, said that the situation prompted the government to start work on a bill to ban gender detection before the 22nd week of pregnancy.

“This restriction has to work,” said Avagian. “We also need to follow up with possible risks [for non-compliance]. The management of maternity hospitals has to control the process so as to prevent doctors from informing parents about the gender of the baby.”

Discussions are planned with local non-governmental organizations, international organizations and even with media before the bill’s language is finalized and it is submitted to parliament.

Avagian’s optimism that such a ban can work is not widely shared. “I believe that by simply imposing a ban they will only increase the risks for corruption,” commented Garik Hayrapetian, assistant representative of the United Nations Population Fund in Armenia.

In the eyes of many social conservatives in Armenia, a family is not complete without a son, according to Lusik Hambardzumian, a 52-year-old resident of Echmiadzin, a small town about half an hour outside the capital, Yerevan. “In a traditional Armenian family, the son is considered to be the heir, the bearer of the family name,” Hambardzumian said. “What does a law have to do here?”

“Any such problem can be solved in Armenia,” she added, referring to the widespread use of bribery to dodge government rules and regulations.

But Venera Barseghian, an obstetrician-gynecologist at a medical center in Artashat, a regional seat southeast of Yerevan, believes legislation against sex-selective abortions could make a big difference. Artashat doctors do their best to talk future parents out of sex-selective abortions, particularly for a first or second pregnancy, she claimed, but with only partial success.

“If they do adopt the law, it will be of great help, since they won’t risk getting rid of the baby after 22 weeks of pregnancy,” Barseghian said. Abortions currently are permitted without medical reasons until the 12th week of pregnancy. “The law will put the situation under control.”

The Ministry of Health’s Avagian reports that government statistics show that abortions dropped threefold between 2000 and 2010 – from 2.6 to 0.8 abortions per woman. But some experts believe that these figures do not shed light on the full picture.

It would be reasonable to expect an uptick in Armenia’s birth rate, given the significant decline in officially reported abortions. Yet, Armenia’s birth rate is also trending downward: during the first quarter of 2013, the birth rate fell to 12.8 per 1,000, a decline of 1.6 percent over the same period the previous year.

Some specialists suspect that the official data undercounts the actual number of abortions occurring in the country. They point to the widespread use of misoprostol, a medication for treatment of gastric ulcers that can induce abortions. Armenia’s imports of misoprostol increased 10 times between 2010 and 2011, according to the Ministry of Health.

Against that background, legislative measures can do little to curb selective abortions, believes Ruzanna Vardanian, head of the obstetric and gynecological care department at a local medical center in the southwestern town of Vayk. First of all, she asserted, work needs to be done to change societal attitudes.

“The new legislation is even likely to provoke an increase in sales of misoprostol, meaning that women will seek termination during the second or third pregnancy without even finding out the sex of the baby,” Vardanian argued. “This is risky. I don’t think the law will prove effective here. Besides, parents have the right to find out the gender of the baby.”

In response, the Ministry of Health’s Avagian underlined that all possible measures would be taken to prevent selective abortions. “The doctors suspected of prenatal sex determination of fetuses will have to deal with large fines and these restrictive measures will prevent them from giving the information [to prospective parents],” she said. Proposed punishments remain under consideration, but could include the loss of the right to practice medicine.

The UNFPA’s Hayrapetian doubts that hospitals will be able to prevent the determination of fetuses’ genders. Before taking a decision on banning gender detection, it would be better to "examine international experience in this field first,” he said. Allocating state funds to cover education expenses for girls, or the state paying larger bonuses for the birth of a female child could encourage parents expecting girls, he added.

By considering such options, Hayrapetian argued, “I think we will reach common ground” to “stimulate [female] birth rates and fight against gender discrimination.”