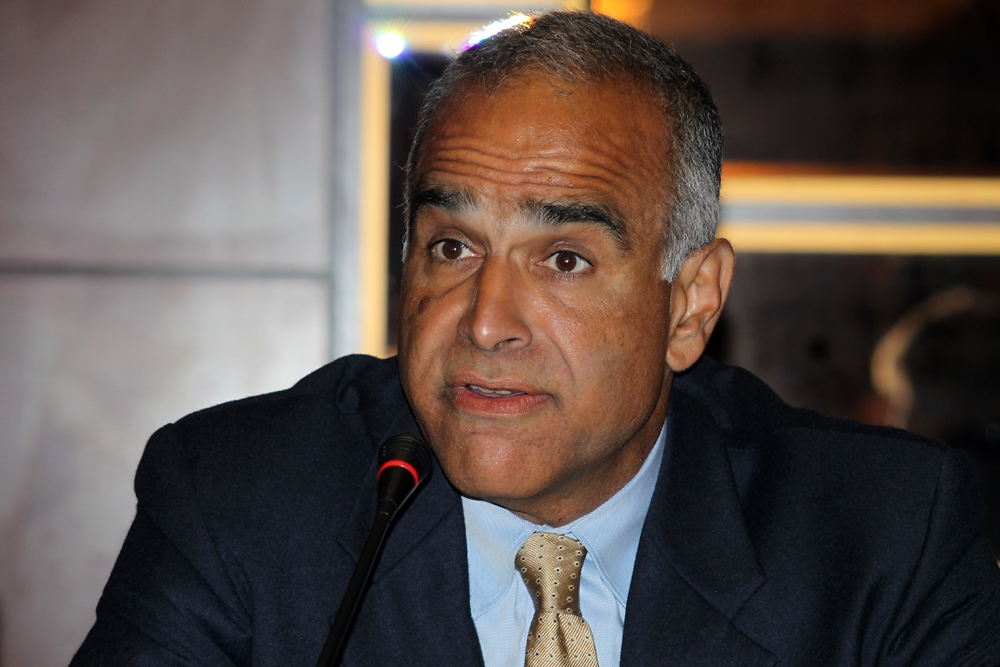 Raffi Hovhannisian -- the California native who finished second to incumbent President Serzh Sargsyan in Armenia’s February 18 presidential election -- has promised to fight “a battle of love” to have the official voting results scrapped, and “the rule of the people” restored. But how many people, and for how long, are willing to support Hovhannisian’s post-election campaign remains unclear.

International observers gave the conduct of the presidential election a qualified thumbs-up. Experts who have analyzed balloting results have noted discrepancies in voting patterns in election precincts where monitors were on hand, and those where there were no outside eyes to keep track of things.

So far, the Central Election Commission has not proven sympathetic to Hovhannisian’s claims of irregularities. It has rejected a request from Hovhannisian for Sargsyan’s disqualification as a candidate on the basis of alleged abuse of administrative resources. Hovannisian has five days to file a challenge against the official results, released on February 25. So far, his Heritage Party has requested a vote recount in 118 districts.

The 53-year-old Hovhannisian’s protest initiative has been dubbed the “Barevolution” or “Hello Revolution,” a play on the Armenian word “barev,” or “hello” in English, and a reference to Hovhannisian’s American-style penchant for pressing the flesh with a wide range of Armenian citizens during his pre-election campaign. The candidate’s recent rallies at Yerevan’s downtown protest venue, Liberty Square, revive memories of the large-scale opposition rallies against Armenia’s controversial 2008 presidential election results.

That year, thousands of people also were drawn to Liberty Square by calls for change from former President Levon Ter-Petrosian, who promised to “destroy the power pyramid [based on] rule by bandits.” But following scores of arrests and the death of 10 people in clashes with police, the movement’s slogan of “Struggle, struggle ‘til the end!” eventually experienced a quiet death.

Local observers believe that Hovhannisian, a former foreign minister who was touted as “King Raffi” for his gentlemanly behavior, a relative rarity in Armenian politics, poses a sharp contrast to Ter-Petrosian’s fire-and-brimstone approach to protesting.

Hovhannisian’s speeches do not include calls for government overthrows, and are generally moderate in tone. He treats police officers and officials with respect, going so far as to apologize for not getting city permission for a February 24 rally in Yerevan.
He has even, melodramatically, pledged his life to prevent shedding “a single drop of blood.”

The moderate tone of the protest has resonated in the Armenian capital Yerevan. People who join Hovhannisian’s rallies “have seen a ray of hope and felt there is a chance to change the polarized situation in the country,” commented 55-year-old Yerevan resident Lena Mnatsakanian at a February 20 rally in Liberty Square. “I myself did not believe that people would get to their feet again, but look at what is going on now.”

Hundreds of university students in Yerevan staged “anti-Serzh” demonstrations on February 25, in response to a call from Hovhannisian for student protests against the election results. Hundreds more voters have gathered in regional towns to welcome him on a “victory tour” of areas where his support ran high, or poured, once again, into Liberty Square, to cheer on his claim that the final election results were fixed.

Political analyst Sergei Minasian, deputy director of the Caucasus Institute, a Yerevan-based think-tank, believes the secret behind Hovhannisian’s popular appeal is that he was “in the right place at the right time.”

The fact that Hovhannisian, whose Heritage Party holds four seats in parliament, received 36.74 percent of the vote, against President Serzh Sargsyan’s 58.64 percent, surprised many. By comparison, the more prominent Ter-Petrosian won 21.5 percent of the 2008 vote, according to official data.

If larger opposition parties such as Ter-Petrosian’s Armenian National Congress, the Armenian Revolutionary Federation or the financially powerful Prosperous Armenia “had taken part in the 2013 election, the results might be fairly different,” Minasian said. “Raffi Hovhannisian was unlikely to receive the unprecedented scale of votes that he did, if he hadn’t found himself in such a favorable situation.” The Armenian Revolutionary Federation has now joined Hovhannisian’s “Barevolution,” and Ter-Petrosian has expressed interest in doing so.

The alliance, though, is not altogether a natural fit. Accustomed to the spotlight, Ter-Petrosian, in whose cabinet Hovhannisian served as foreign minister in 1991-92, noted that the protest movement was not Hovhannisian's creation, but the people's, and drily remarked that he hadn't seen much work so far.

MP Nikol Pashinian, a leading ANC figure who gained a reputation as an impassioned speaker during the 2008 protests, also has signed on. For now, Prosperous Armenia has confined itself to broad statements about being in “support of the people.”

Independent political analyst Stepan Danielian doubts that Hovhannisian will be able to “win back rule by the people” and shy away from more aggressive, confrontational tactics. Hovhannisian’s ability to form “a large coalition” among his supporters, and avoid unilateral decision-making (reportedly the preferred style of Ter-Petrosian), would be the key to his success, Danielian emphasized.

The government, for its part, appears to be betting that time is on its side. Perhaps mindful of the 2008 clashes, police have not attempted to prevent any of the “Barevolution” gatherings, even when official authorization has not been obtained by protesters.

Sargsyan’s Republican Party of Armenia has denied media reports that a change of prime ministers is under discussion, PanArmenian.net reported. What changes have occurred seem more linked to post-election housecleaning than any concession to the “Barevolution.”

The governor of the northwestern region of Shirak, where Hovhannisian defeated President Sargsyan by over 11,000 votes, has resigned; talks are underway within the party about dismissing the presidentially appointed mayors of Vanadzor and Kapan, key regional towns that Sargsyan lost to Hovhannisian. The mayor of Armavir, where Sargsyan also lost, already has resigned.

What more, if anything, will follow remains unclear. But for Barevolution supporter Mnatsakanian, what matters is that a push for fair dealing has begun. “I hope that, this time, people won’t be disappionted,” she said.