The new budget would substantially increase tax revenues and expenditures, but the government’s macroeconomic projections have been received skeptically. 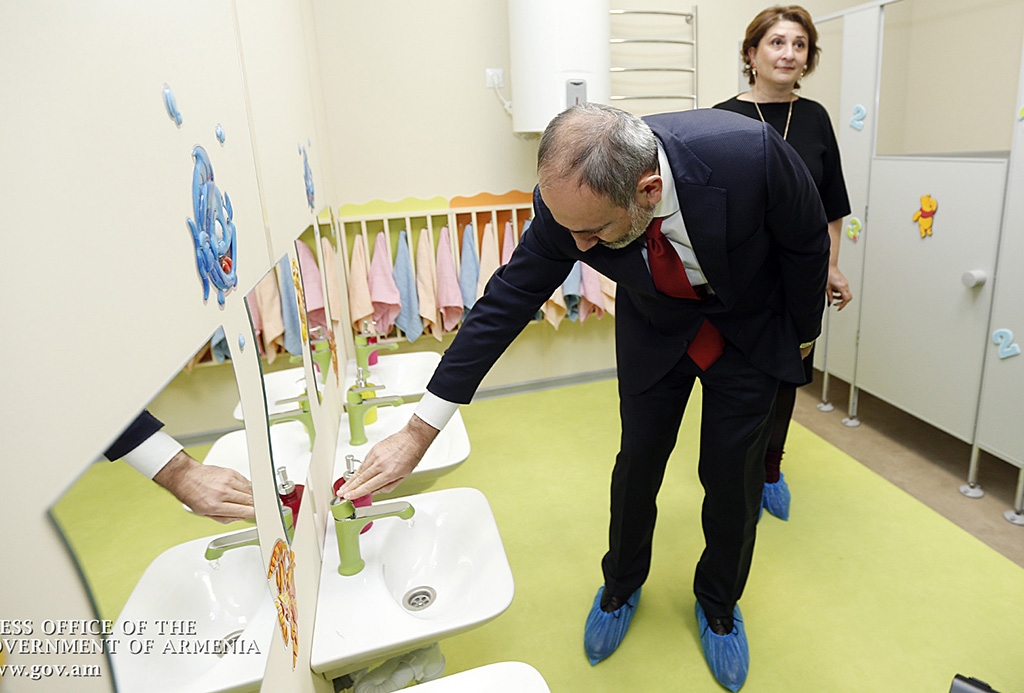 Prime Minister Nikol Pashinyan has proposed an increase in social spending based on high – some say unrealistic – levels of GDP growth. (primeminister.am)

Armenia’s government has proposed a budget with significantly higher revenues and expenses than in previous years.

The 2020 draft budget projects revenues of 1.7 trillion drams (about $3.6 billion) and expenditures of 1.9 trillion drams ($4 billion). That represents a 13 percent growth in revenues and 14 percent in expenditures from the 2019 budget. The increases over 2018’s budget are 27 percent and 29 percent, respectively.

Prime Minister Nikol Pashinyan said the substantially higher budget was a fulfillment of one of the key promises that he made in his protest campaign last year that propelled him to power.

“This is a revolutionary budget,” he said during a November 15 debate on the budget in parliament. “During the 2018 revolution when I was not yet prime minister, I publicly announced that the budget of Armenia should increase by 30-35 percent within one-to-two years. This was one of the promises of the revolution.” (He further explained that adjustments to the 2018 budget mean that the current draft in fact represents a full 35 percent increase in revenues.)

The revenue increase is largely based on increased tax receipts, in anticipation of a GDP growth rate of 4.9 percent, but officials have suggested that is a conservative projection. Artak Manukyan, a member of parliament from Pashinyan’s My Step bloc, said that “in 2019 we predicted 4.9 percent growth and got 6 percent.” The government has suggested that growth could in fact reach 7-to-9 percent next year.

But independent economists suggest that 4.9 percent may be about right: Hrant Mikaelian, of the Yerevan think tank Caucasus Institute, wrote in a recent blog post that several factors that drove growth this year – including an increase in gambling-related revenues, mining income, and duties on cars – may have run out of steam and won’t continue to drive the economy in 2020. “So in reality, even 5 percent wouldn’t be a bad result,” Mikaelian wrote.

Increases in expenditures are expected across the board.

Pensions are set for a 10 percent increase in 2020, as will all spending on social programs, which represent about 26 percent of the budget. Healthcare is set for a larger increase in spending, 21 percent, much of which will be devoted to a controversial new universal mandatory health insurance program, which also envisages a 6 percent flat tax on every working Armenian’s income.

The defense budget has been reorganized, with funding for the defense industry shifted from the Ministry of Defense to the Ministry of High-Tech Industry. That funding will more than double, with a 122 percent increase. Ministry officials have not given much detail about what the boost would go for, but that they intended to produce hardware both for domestic use and for possible export.

Spending on roads is slated to double and on irrigation infrastructure to triple.

The planned spending increases come even as the government reportedly failed to spend more than three-quarters of what it had allocated for capital expenditures in 2019. A report by the Yerevan think tank Center for Economic Development Initiatives found that the government spent only 24 percent of what it set aside in 2019 for infrastructure or investments in human capital. “The lack of implementation of the 2019 budget expenditures will have a negative impact on economic growth,” the report concluded.

“It’s a fact that there has been a serious non-implementation of the budget over the last two years,” Mikaelian told Eurasianet. “They simply aren’t making the needed investments and money is being saved, and at the same time they increase their own salaries.”

The budget is sure to pass, as Pashinyan’s My Step coalition has a dominant majority in parliament. Of the two opposition parties in parliament, the Prosperous Armenia party has said it intends to vote against the budget, and Bright Armenia has yet to decide.

The head of Bright Armenia, Edmon Marukyan, has said that the draft budget doesn’t help decrease the development gap between Yerevan and other parts of Armenia, and MP Mane Tanadilyan complained that “there’s not a single word about renewable energy” or about environmental issues in general.

Tanadilyan said the lack of environmental spending may be illegal, as Armenian law requires the state to spend all the money it collects on certain taxes for environmental programs, which the draft budget does not do. “If we are violating the law in this institution what do we expect from our citizens?” she asked.