So far more than a thousand Lebanese-Armenians have relocated to Armenia, and the Armenian government is preparing aid for more to do so. 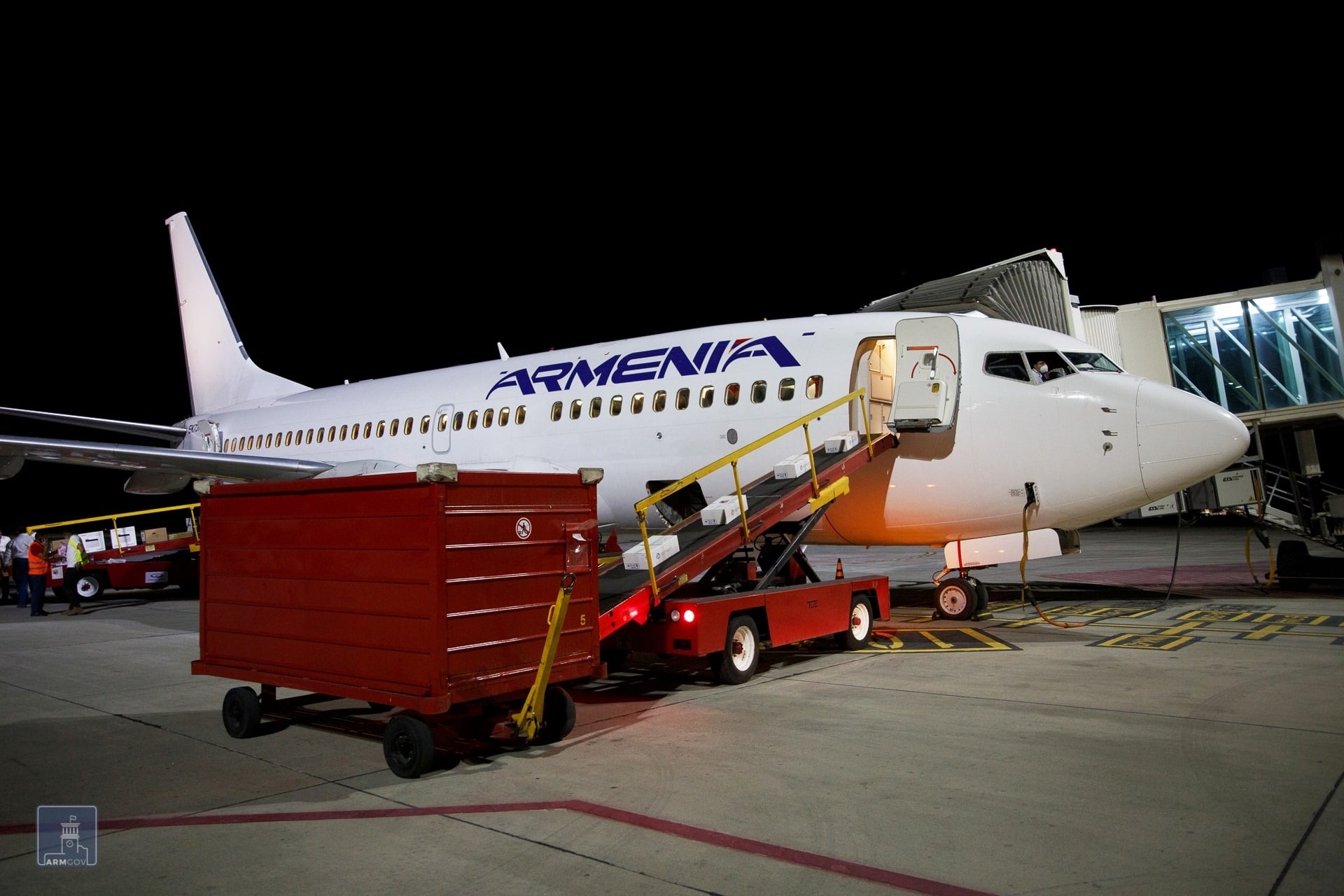 A plane with humanitarian aid from Armenia to Lebanon. (photo: Diaspora Commissioner's Office)

Following a devastating explosion in Beirut, the Armenian government is preparing an aid package to help ethnic Armenians in Lebanon emigrate to the country.

Since then, more than 1,100 Lebanese-Armenians have flown to Armenia as of September 2; 850 intend to stay long-term, Chief Commissioner of Diaspora issues Zareh Sinanyan told the news website Hetq.

Many more would like to repatriate to Armenia, Sinanyan said. “They can’t do that now because they need to solve issues connected with their properties affected by the explosion,” he said.

On September 1, the government began considering an aid plan to assist repatriates from Lebanon, Sinanyan said. The package would include health, education and social assistance and housing support, he said.

Several more Lebanese-Armenian families have moved to Nagorno-Karabakh, the Armenia-backed de facto republic’s leader Arayik Harutyunyan said. The authorities have allocated 25 million drams ($50,000) and another 17 million drams ($35,000) from another humanitarian fund to help the resettlement.

Azerbaijani officials have objected to the resettlement to Karabakh, which is internationally recognized as part of Azerbaijan.

Armenia also has been providing Lebanon with humanitarian aid; so far the government has sent three planeloads of supplies to Lebanon including one with aid provided by the de facto Karabakh government.

An estimated 150,000 ethnic Armenians live in Lebanon, mainly in Beirut, making up about 4 percent of the population. According to Sinanyan’s office, about 25,000 residents of Lebanon already have Armenian passports or residency permits. More than 100 of them were flown to Yerevan in the days following the blast.

Repatriation of ethnic Armenians from around the world is a strategic goal for Armenia, which struggles with a declining population and outmigration. With government help, about 22,000 ethnic Armenians fled from Syria to Armenia as a result of the Syrian civil war; about 14,000 of those remain in Armenia, according to United Nations figures.

“Our goal is to repatriate 2 million Armenians over the next 30 years,” Sinanyan said.

Immediately following the explosion, calls came from across the political spectrum to facilitate more repatriation from Lebanon.

“We want to bring them to Armenia,” Sinanyan told the Armenian service of RFE/RL on August 25.  “We don’t want them to move to another country. I hope our compatriots will be a little patient. I believe that this package will be ready soon.”

Lebanese-Armenian officials have supported the repatriation efforts. “We need to rescue those who are experiencing hardship but in a way that they won’t find themselves in a worse situation [in Armenia] and end up moving to the west,” Hakob Bagratuni, a member of Lebanon’s parliament, told RFE/RL. “Armenia’s help is like oxygen for us.”