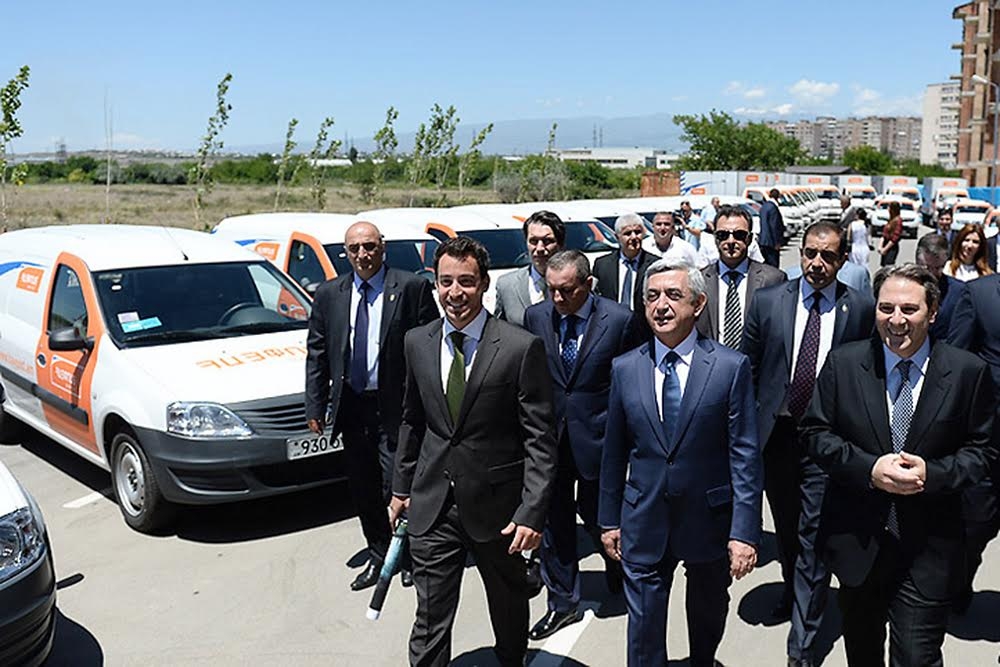 The expected economic benefits of membership in the Eurasian Economic Union are not materializing for Armenia. One way Armenian leaders are apparently hoping to offset looming shortfalls is by privatizing the postal service.

With roughly 3,000 employees, the state-run HayPost has been managed since 2006 by a firm owned by Argentinean billionaire businessman Eduardo Eurnekian. Under the HayPost Trust Management, facilities have been upgraded and, most Armenians seem to believe, services have improved.

The firm’s management contract does not expire until the end of 2016. That fact is prompting Armenian observers to question why the government wants to privatize the post office now? Many believe the country’s economic alliance with Russia is the main driver for privatization. As Russia’s economy has faltered, so, too, has Armenia’s.

Armenia joined the Eurasian Economic Union (EEU) in January, and during the first half of 2015, the country experienced a 20.6 percent decline in foreign trade, compared with the same period the previous year. Meanwhile, remittances from abroad, a pillar of the economy, fell by nearly a quarter between June 2014 and 2015. The vast majority of remittances are sent from Russia.

The EEU was expected to generate revenue for Armenia in the form of the redistribution of tax income. But in June, Finance Minister Gagik Khachatrian cautioned that Russia’s persistent economic woes mean that Armenia is unlikely to receive its projected $200-$250 million share of EEU revenue this year.

In his May 27 announcement of the postal service plan, State Property Management Department head Arman Sahakian pledged that privatization would create a more technically savvy HayPost, with a stronger regional presence, the Arkan news agency reported.

But Ashot Yeghiazarian, a lecturer at the Armenian State University of Economics, asserted that the timing and circumstances suggest that the government is mostly interested in finding a way to plug budget gaps. “When the country cannot bear its financial liabilities, one of the steps is privatizing state property,” Yeghiazarian said.

How much the state could get for HayPost is unclear. The service’s assets are not large – officially valued at just over $1 million (521 million drams). But its tax revenues have been growing steadily. Over the past year, they have increased by 18.7 percent to $8.57 million (406,549,500 drams), according to the State Tax Service.

According to Sahakian, HayPost’s new owner will be expected to renovate 250 post offices, buy new mail trucks, install 750,000 mailboxes, build an automated mail-sorting center in Yerevan, plus diversify to countries with a large Armenian Diaspora and organize the international sales of Armenian postage stamps.

President Serzh Sargsyan signed the privatization bill into law on July 14, but neither HayPost nor HayPost Trust Management has commented about the government’s plans.

A tender has not yet been announced, though media outlets widely expect Eurnekian, the Argentinean billionaire, to maintain control of the postal service.

Privatizing Armenia’s postal service would not be unprecedented. Malta and the Netherlands are two similarly small states that have privatized their post offices; the United Kingdom and Germany have private shareholders.

In the South Caucasus, Armenia’s northern neighbor, Georgia, intended to privatize its own post office in 2011, but ultimately called off the tender for reasons that were never clearly stated.

Economist Vahagn Khachatryan, a member of the opposition Armenian National Congress, questions why Armenia needs to privatize such an asset when it could just continue to allow a private company to manage the structure.

As this summer’s Electric Yerevan protests showed, Armenia’s sale of state-run electricity and gas companies has not resulted in improved services or customer satisfaction, he noted.

“I use HayPost and every year we notice positive changes; something we cannot say about gas, the railroad or electricity,” Khachatryan said.

Parliamentary Budgetary Affairs Committee Deputy Chair Artsvik Minasian, a member of the opposition Armenian Revolutionary Federation, also takes issue with the logic behind the government’s privatization position. “With such an approach, we can privatize [everything] starting with the army all the way to the police.”

The governing Republican Party of Armenia’s parliamentary faction leader, Vahram Baghdasarian, who doubles as deputy chair of the legislature’s economic policy committee, saw no cause for concern.

“If there is a good opportunity for investments, why not use it?” he asked.