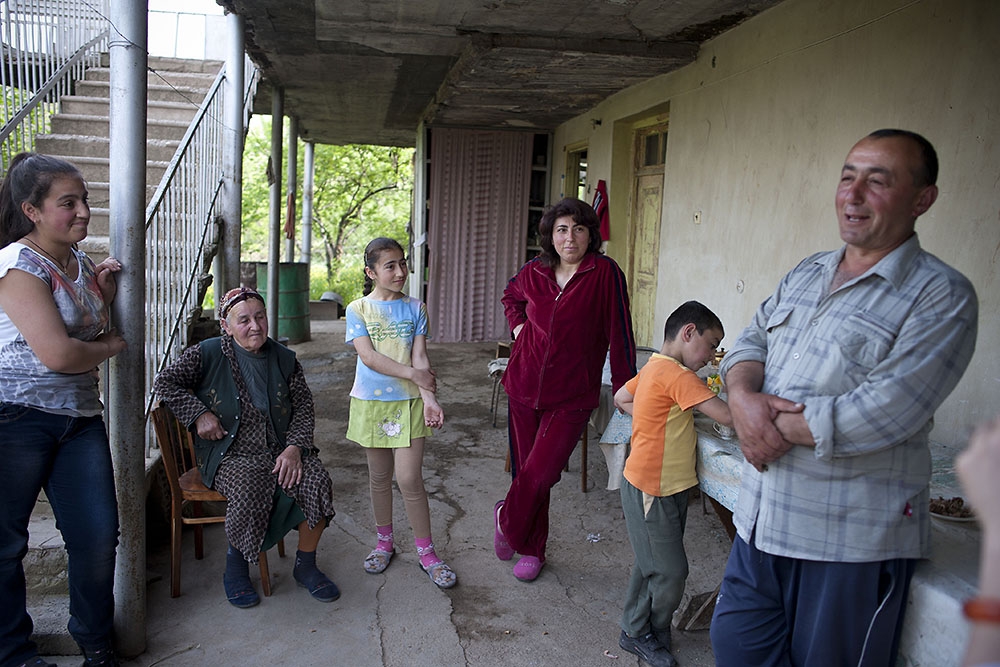 A fall in Armenian migrant workers in Russia could negatively affect the economy of the South Caucasus country. (Photo: Nazik Armanakyan)

Financial transfers from Russia to the South Caucasus country of Armenia have dipped by a staggering 56 percent over the past year, leaving the thousands of Armenian families who depend on Russian remittances struggling to make ends meet.

“We feel like an abandoned dog,” 42-year-old homemaker Nune Matevosian, a Yerevan resident whose husband works in construction in Moscow, bleakly commented. “Our husbands are in Russia . . . here, they barely can find a job, nor do they find a way out [there], even if they work. The ruble has no value now . . . [S]hould they live on it or send [money] to us?”

In Armenia, one-third of the population of nearly 3 million officially falls under the poverty line, making financial remittances from abroad often a matter of basic survival. The World Bank in 2014 reported that 21 percent of Armenia’s economy derives from such transfers; one of the highest rates in the world.

Russia, where thousands of Armenians have worked for decades to support their families, accounts for more than 80 percent of those transfers.

Yet lower energy prices and Western sanctions for Russia’s activities in Ukraine have prompted a sharp devaluation of the ruble and general economic slowdown that mean work in construction and retail, the two sectors favored by Armenians, has started to slow.

Tougher migration regulations in Russia add to the challenge. Those Armenians who have work in Russia don’t see their cash stretch as far. At roughly 51.9 rubles to the dollar on April 9, 2015, the dollar has gained nearly a third against the Russian currency in the past year.

According to the Armenian Central Bank, the more than $38.37 million in Russian-sourced transfers that reached Armenia in January, the most recent month for which information was available, were 56.01 percent lower than in January 2014.

That decrease, in turn, has potential implications for salaries, tax-revenue and jobs throughout the economy.

Political scientist Ruben Mehrabian expects an eventual backlash from angry citizens. “No doubt, there will be a wave of discontent,” predicted Mehrabian, an analyst at Yerevan’s non-profit Armenian Center for National and International Studies. “How things will develop will depend on the government.”

Armenia currently faces a shortfall in budget revenue of 27 billion drams or nearly $57 million; a noticeable lack for a country with a budget of 1.31 trillion drams (about $2.76 billion). That budget size was set based on the expectation that Armenia’s economy would grow by 4.1 percent this year, RFE/RL reported this February.

The International Monetary Fund, however, announced on April 8 that it expected close to no economic growth in Armenia this year.

Association of Armenian Banks Chairperson Bagrat Asatrian, who served as head of the Central Bank from 1994-1998, expects a worse scenario – a double-digit shrinkage. Armenia has never faced such a decline in remittances before, he claimed. “Now we are in a worse state than in 2009, when the economic decline was more than 14 percent.“

Another economist, Tatul Manaserian, director of Yerevan’s Alternative Research Center, argues, though, that remittances “on their own should not be considered . . . as a significant or decisive factor” for the Armenian economy.

“The fewer transfers there are, the more the government will think of various social-welfare projects, ways to improve things, create job opportunities,” he said.

But the government does not appear to have a concrete strategy to address this shortfall. Asked by EurasiaNet.org about the government’s policy-plans, the ruling Republican Party of Armenia’s parliamentary faction head, Vahram Baghdasarian, repeated the official line that the economic worries will not last.

Many Armenians were optimistic that joining the Moscow-led Eurasian Economic Union with Russia, Kazakhstan and Belarus would reduce unemployment and raise wages, two of the country’s long-term complaints.

Despite the dip in remittances from Russia, Armenian President Serzh Sargsyan also sees no need to rethink that move.

In an April-6 interview with the Russia-24 TV channel, Sargsyan asserted that Armenia made “the correct choice” when it joined the Russia-led Eurasia Economic Union this year.

“[I]n any other case, the difficulties we face today would have been more because our economies are interconnected,” Sargsyan continued.

To explain the decrease in remittances, he claimed that the volume of transfers from Russia remains the same; only the monetary value has decreased.

Despite Russia’s own economic crisis, he made a pitch for more Russian investment in Armenia – using as a carrot, ironically, the country’s ties with the European Union, the source of most of the economic sanctions against Russia.

“[M]any goods produced in Armenia will get to EU markets either without duties or with a much lower duty," he pointed out.

But, so far, no sign that Russia, Armenia's largest foreign investor, is rushing to seize on the EU-export opportunity. During the first two months of this year, official statistics recorded a decline in Armenia’s overall trade by six percent.

That prompts the opposition to scoff at the government’s sanguine outlook. “A quite tense situation has now been created in Armenia,” claimed Naira Zohrabian, chairperson of the Prosperous Armenia Party.

As have other critics, Zohrabian calls for tax-relief for businesses and a campaign against the government-friendly monopolies that dominate economic sectors.