The Council of Europe convention was opposed by right-wing and social conservative groups, which objected to provisions calling for sex abuse education for school children. 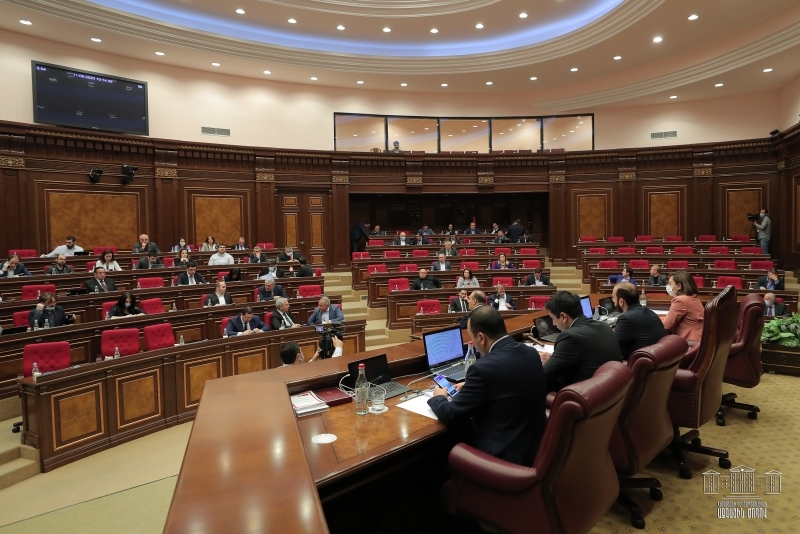 Armenian parliament in session on May 11. (photo: parliament.am)

Armenia’s parliament has approved an international convention aimed at preventing child sexual abuse. Traditional values conservatives in the country had opposed the measure because it called for teaching school children how to protect themselves against abuse.

The parliament voted May 11 to ratify the Council of Europe Convention on the Protection of Children against Sexual Exploitation and Sexual Abuse. The convention, also known as the Lanzarote Convention, requires signatories to take specific measures to prevent child sexual abuse and punish perpetrators.

All 47 Council of Europe member states have signed the convention but Armenia (which signed in 2010) was one of only two states to have not ratified it.

Ratification of another international covenant, the Istanbul Convention aimed at preventing domestic violence, has been a high-profile battleground in Armenia’s culture war. While there have been similar objections to the Lanzarote Convention, legislators from the ruling My Step coalition appear to have avoided similar controversy by bringing up the ratification vote quickly and with little prior discussion.

Still, right-wing groups tried to mobilize in protest. One such organization with a history of violent and aggressive demonstrations, Kamq, held a protest in front of the parliament building as legislators entered.

Protesters accosted one My Step MP, Gayane Abrahamyan, as she walked past, asking if she was going to vote against the convention. Abrahamyan responded with a question, “Where were you when your beloved prime minister’s adviser was raping children in Akhtala?” This was a reference to Serob Ter-Poghosyan, an Armenian-American businessman and adviser to then-PM Tigran Sargsyan who was convicted of abusing multiple children in that northern Armenian hamlet. (Abrahamyan, a former Eurasianet correspondent, wrote about the case for this website in 2011.)

Gevorg Petrosyan, an MP from the opposition Prosperous Armenia Party who often takes 'traditional values' positions, objected to the convention’s calling for teaching children between the first and fourth grades about the threats of sexual abuse and how to protect themselves. “Don’t they have anything else to teach children of this age?” he asked, suggesting that a better solution is to adopt tougher penalties for sex abuse in Armenia’s criminal code. He also said that representatives of Armenia’s church had contacted him to say they opposed the convention.

In her speech, Abrahamyan outlined several prominent, shocking child abuse cases in Armenia, including the one involving Ter-Poghosyan, arguing that powerful perpetrators were too often protected by the authorities. “Where were you, why weren’t you breaking down the doors of parliament then?” she asked opponents of the convention. “Of course you didn’t have the confidence to speak up against rich pedophile Serob Ter-Poghosyan. He wasn’t just rich, he was your beloved prime ministers’ adviser.”

In the end the ratification passed on a party line vote, 79-12, with My Step voting for it and Prosperous Armenia voting against. The other opposition bloc, Bright Armenia, has been boycotting parliament sessions since its leader was attacked in a session on May 8.