Armenia gets mixed results in crackdown on shadow economy

The government claims that it has increased revenues by expanding the tax base, but the data aren’t clear. 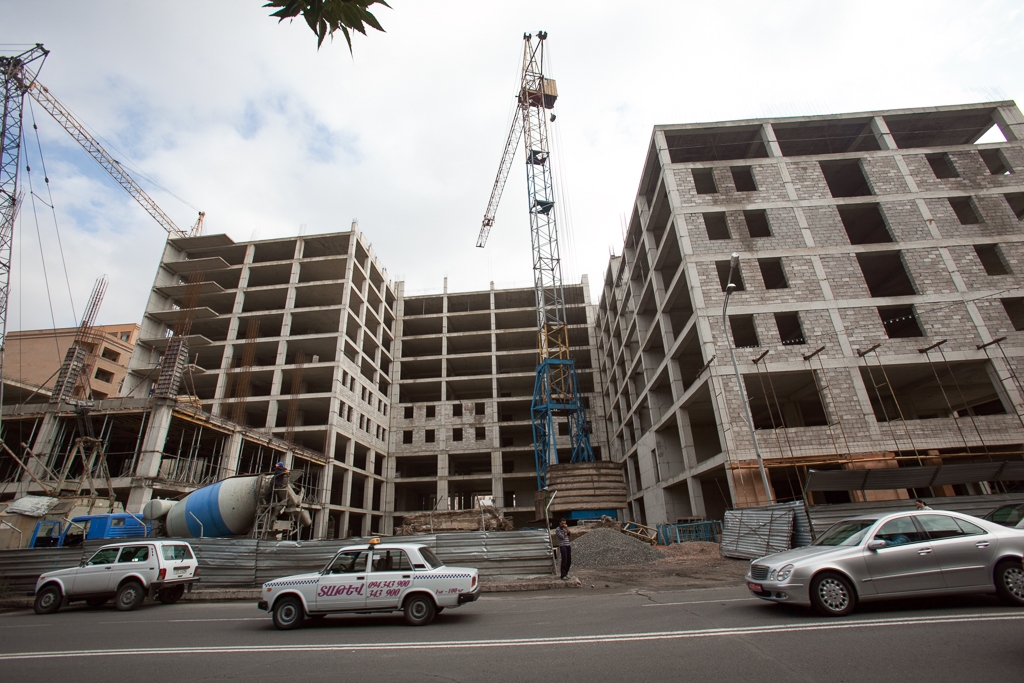 Increasing tax revenues and increasing investments are two goals often at odds with one another. (Eurasianet)

When Nikol Pashinyan took power nearly a year ago, one of his top priorities was to crack down on corruption and the shadow economy and thus to boost tax revenues and the government budget.

As the first anniversary of his “Velvet Revolution” approaches, though, the picture is mixed. The data on tax revenues are inconclusive. The shadow economy has shrunk modestly, but that trend began before Pashinyan took office. And an ongoing legal campaign against one of the country’s largest exporters illustrates the tension between aggressively collecting taxes and fulfilling another of Pashinyan’s major goals – increasing investment in the country.

In early April, the head of the State Revenue Committee announced that during the first quarter of 2019, tax receipts had grown 25 percent from the same period a year before.

In a recent report, the World Bank projected the country’s GDP growth to slow to 4.3 percent in 2019. It blamed part of that on global political and economic crises, but domestic factors contribute to the uncertainty.

“On the domestic front, reforming Armenia’s economy will require bold efforts in many areas, which could still face opposition due to vested interests or perceived high costs,” the report said. “At the same time, without such bold reforms, tangible results in creating job opportunities, increasing wages, better addressing the social issues and improving the business environment to be able to attract investment, are unlikely.”

The reported increase in tax receipts tracks closely with what Pashinyan set as his goal for the revenue collection agency. When he appointed Ananyan in May 2018, shortly after taking power, Pashinyan told him: “First of all, you should not hamper business activities and, secondly, you must continue curbing the shadow economy and ensure consistent budget revenue growth, increase the level of budget receipts.”

But the data on the real change in revenues are inconclusive, said Hrant Mikaelian, an economist and analyst at the Yerevan-based think tank Caucasus Institute. The way January tax prepayments have been accounted for means that “it is impossible to compare” the quarters, Mikaelian told Eurasianet. But comparing February 2019 to the same month in 2018, tax revenues actually declined by more than 3 percent.

Mikaelian said that according to his calculations, the share of the shadow economy in the total economy has shrunk under Pashinyan, from about 27 percent at the beginning of 2018 to 23 percent now. Part of that is due to factors in play before Pashinyan came to power, he said. While the shadow economy was shrinking rapidly for nearly a year before Pashinyan’s rise, in the tumultuous months around the protests and his transition it regained strength. “In recent months it has again decreased, actually continuing the trend that was under the [previous] government,” Mikaelian said.

The new government does deserve some credit, Mikaelian added, for enforcing rules requiring small businesses to maintain receipts and to keep all employees on the books.

The most recent high-profile target of tax evasion has proven controversial. On April 5, the CEO of one of the largest exporters in Armenia, Spayka, was charged with tax evasion for allegedly failing to pay $15 million in taxes.

Armenian media have long connected the company, which is primarily an exporter of fruits and vegetables, to former president Robert Kocharyan and a son-in-law of another former president, Serzh Sargsyan. The new government has particularly targeted businesses belonging to figures tied to the former regime.

At a press conference Ghazaryan denied the accusations. He also claimed that the investigation threatened $100 million in potential international investments. “Last night I received a call from the Eurasian Development Bank,” he told assembled reporters. “I was told that the funding would be temporarily suspended because of the criminal case.” The Eurasian Development Bank, a lender dominated by Russia and Kazakhstan, did not respond to requests for comment.

The question of foreign investment is a delicate one, as it is also one of Pashinyan’s highest economic priorities. The World Bank report noted that investment has been sluggish even since the new government came to power. “Key impediments to [foreign direct investment] in Armenia include regulatory obstacles, business environment, and local labor force quality. Political uncertainty may have also deterred foreign investment.”

Mikaelian said that how the Spayka case is handled will send a message to potential local and foreign investors: “So the investigation needs to be as transparent as possible, and the punishment completely justified and proven in court. If there is a political component in this case, it will result in a new investment drought in the country.”

Ghazaryan also threatened to curtail the company’s business in response to the charges, but Pashinyan is calling the company’s bluff. “We will see soon whether they will stop or not,” the prime minister told reporters last week. “They will work normally as they will not want to lose millions of dollars just for boycotting.”