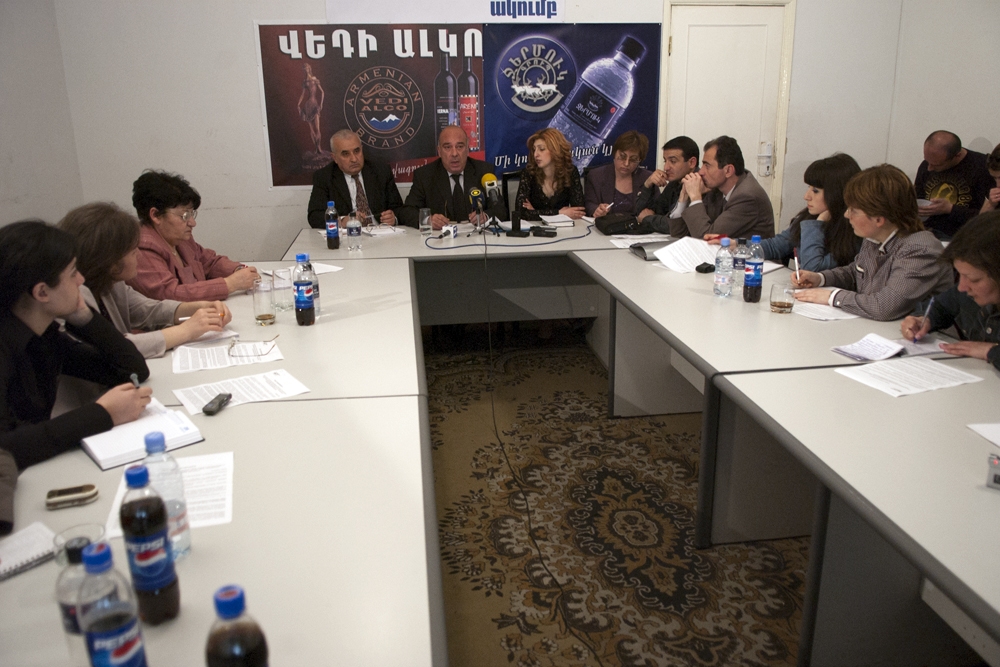 Media-rights observers fear that the Armenian government’s attempt to force two media outlets to disclose the names of confidential sources has set a dangerous precedent for the future of journalism in Armenia.

Early in May, the government-critical daily newspaper Hraparak (“The Square”) and news site Ilur.am reported on an alleged altercation in the northern city of Gyumri between a regional police chief and the passengers of a car supposedly stopped for a traffic violation.

Citing unnamed, “reliable” sources, the two publications claimed that the chief, Vardan Nadarian, allegedly intoxicated at the time, had physically assaulted the driver and his passenger and threatened them with a gun.

Nadarian’s reported choice of car was unfortunate. According to the two publications, it contained Greco-Roman wrestler Artur Aleksanian, a 2012 Olympic bronze medalist and three-time European champion, and his brother, Rafael, also a wrestler.

Roughly two weeks after the reports, on May 22, the Special Investigation Service, an independent state agency that conducts preliminary investigations into alleged crimes by public employees, filed a lawsuit against Ilur.am and Hraparak that demanded they disclose their sources of information for these reports.

Yet, three days later, it decided not to investigate Nadarian, and claimed that the police chief had committed no crime.

Arguing that they are both being targeted as a test-case for a clampdown on media freedoms, Ilur.am and Hraparak, which both have faced legal battles before, have appealed to the Court of Cassation, the highest court in Armenia for matters not involving an interpretation of the constitution. The first hearing is scheduled for July 29.

“This is unprecedented for Armenia. They have never forced media to disclose their sources,” Ilur.am Editor-in-Chief Christine Khanumian said in reference to the govenrment. “This is a direct threat to freedom of speech, aiming to intimidate media . . ."

Armenia’s Mass Media Law states that reporters and other media professionals are not required to disclose confidential sources of information except for investigations related to a “grave or especially grave crime . . .”  (Article 5), and when “the legal protection of public interests is more important than the social commitment not to disclose the source of information . . . “

In a July 14 statement, the Armenian National Press Club argued that the Nadarian case did not meet those criteria. A potential investigation into a policeman allegedly pointing a gun at an unarmed person is not unusual, it noted.

The Yerevan court upholding the SIS request “will increase society's dissatisfaction with the legal system, forcing people to seek justice, rule of law and protection abroad,” the Club charged.

"Regular requirements imposed on media to reveal their sources might lead to the complete devaluation of this right [to press freedom] and eliminate the possibility of acquiring information by media, which is a very dangerous trend," Petrosian argued.

While sourcing practices in Armenian media, as elsewhere in the post-Soviet world, remain sketchy, the controversy has not focused on the veracity of the two publications’ allegations about what happened in Gyumri. No libel charges have been filed.

Officials refused to comment to EurasiaNet.org about their reasons for demanding media sources without a criminal investigation in which to use them, or about their response to criticism of the court-case. Artur Aleksanian also has declined to comment publicly about the reported clash with Police Chief Nadarian.

If the two media outlets fail in their appeal to the Court of Cassation, one rights-activist argues that they should take their case to the European Court of Human Rights (ECHR) in Strasbourg, France.

“What is going on now is an obvious violation of freedom of speech and regulations of the law on mass media,” charged Committee for the Protection of Freedom of Speech Chairperson Ashot Melikian.

While Armenia’s media freedoms generally are believed to have improved since the clampdown that followed deadly clashes after the 2008 presidential elections, the Washington, DC-based watchdog Freedom House qualified the country as “not free” in its 2013 worldwide rating of press liberties.  Courts are seen as heavily influenced by the government’s executive branch.

Some members of the international community appear to be watching to see what further impact the Gyumri-case will have on these conditions. In a June 26 statement, the Organization for Security and Cooperation in Europe’s representative on Freedom of the Media Dunja Mijatocic  underlined that “The need for journalists’ professional confidentiality with public and private sources of information must be acknowledged.”

Ilur.am Editor-in-Chief Khanumian believes, though, that the case should not be seen as an isolated incident, restricted to a face-off between the government and two media critics.

“Media outlets which remain indifferent to this issue should understand that this is a gauntlet thrown down at the media, and they need to fight, since this may happen to them tomorrow,” she said.