Public gatherings of more than 20 have been banned and media coverage heavily restricted. 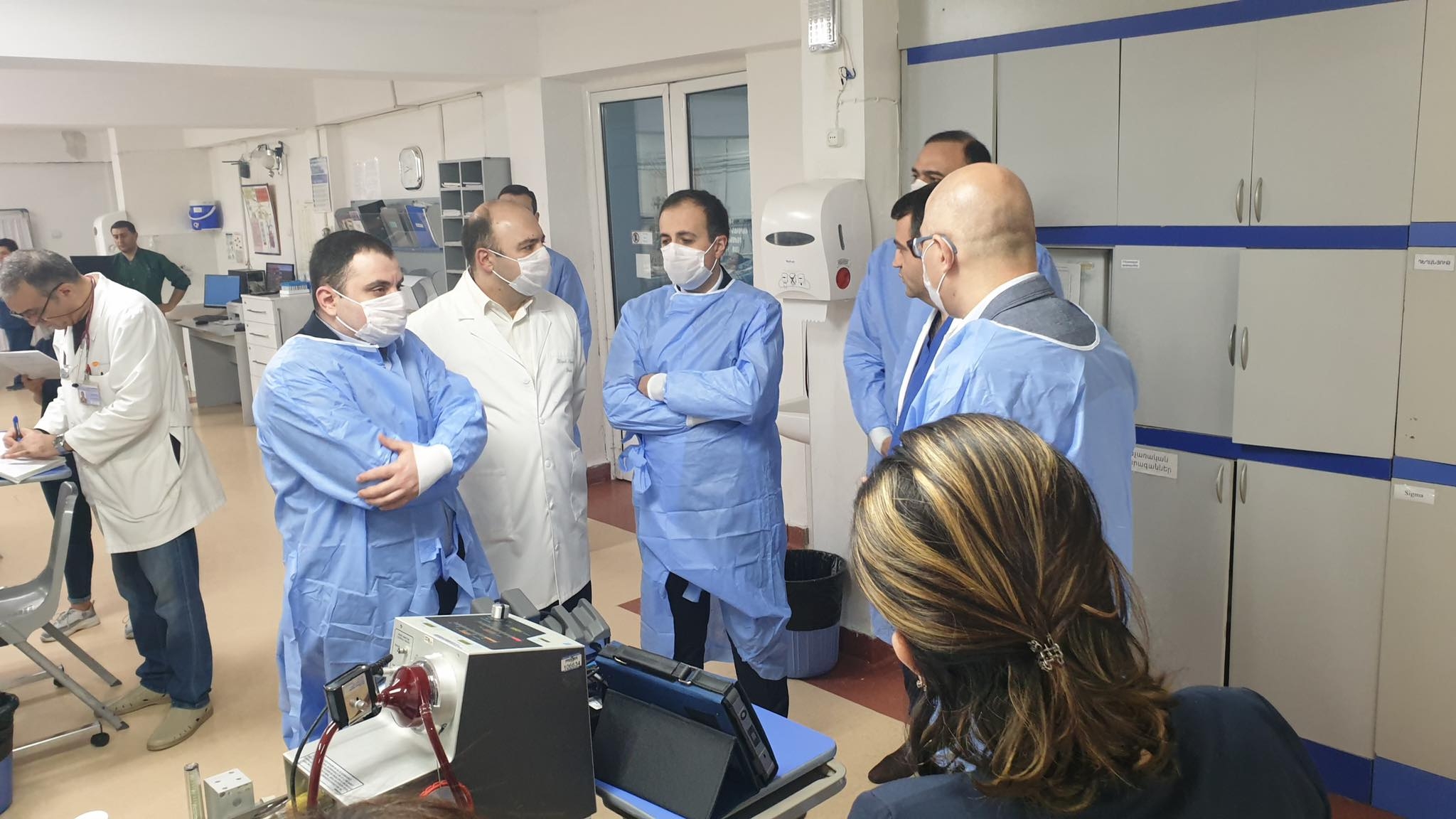 Armenia instituted a state of emergency in response to the rapidly spreading coronavirus outbreak, banning gatherings of more than 20 people and restricting media coverage of the disease.

The 28-day state of emergency was issued at a cabinet meeting on the afternoon of March 16. It heavily restricts any public gatherings including protests, religious events, concerts, weddings and funerals. It also forbade the entry of foreigners who had been in countries heavily affected by COVID-19 and gave the authorities broad power to implement other restrictions as needed.

There will also be sweeping restrictions on what media can report about the novel coronavirus. “Information about people suspected of carrying the virus or information about their examinations, the number of cases [of the disease], any content that can raise panic, will be banned,” said Justice Minister Rustam Badasyan. “Only information from official sources can be published, including on the internet, with a link to the source.”

As of March 16, Armenia had recorded 30 cases of coronavirus.

In the cabinet meeting, which was broadcast live, there was some debate over how strictly to restrict entry in and out of the country. Foreign Minister Zohrab Mnatskanian proposed a 30-day ban on international flights, which was deemed too strict.

“There is life after coronavirus,” said Deputy Prime Minister Tigran Avinyan. “Don’t be so sure,” replied Prime Minister Nikol Pashinyan, with a laugh.

Armenia’s neighbors also tightened their borders in response to the growing outbreak. The region first began to institute restrictions on February 24, following a heavy outbreak of COVID-19 in Iran. The closures and restrictions sharply increased over the weekend, as the illness spread dramatically in Europe and the U.S., even as it seemed to be spreading more gradually in the Caucasus.

Georgia closed all of its land borders to travelers (cargo can still pass), and barred all foreigners from entering the country for a two-week period starting on March 18. The government closed the country’s ski resorts and Prime Minister Giorgi Gakharia said the government was considering closing all restaurants, cafes and bars around the country. The government also recommended that Georgians over 70 years old not go out to public places. As of March 16, Georgia had reported 33 cases of coronavirus.

Azerbaijan announced that it was suspending issuance of visas for 45 days, and that foreigners entering Azerbaijan who were either nationals of or who had recently visited some of the most hard-hit countries would be required to produce a certificate showing that they had tested negative for coronavirus to enter the country. Azerbaijanis coming from those countries would be put in quarantine for 14 or 21 days. As of March 16, Azerbaijan had registered 23 cases of the disease.

But Armenia’s response was the most aggressive.

Concern in the country was heightened after several people in Echmiadzin, a small city just outside Yerevan, were infected by a woman who had recently returned from Italy and then attended an engagement party in the city where she infected more than 10 guests. Pashinyan said the woman had returned to Armenia on February 29, before stringent screening measures had been implemented. Ministry of Health doctors had questioned her about her travels but she hid her sickness from them, he said. Eighteen of the country’s confirmed cases of coronavirus were registered in Echmiadzin, and residents of that city will now be able to leave town only after a health check.

One attendee at the ill-fated engagement party was an air traffic controller at the country’s main international airport in Yerevan, and starting on March 15 the entire air traffic control team was being isolated at the airport but continuing their work.

Pashinyan himself was tested for coronavirus after having met someone at a campaign event who later turned out to have the disease. His wife also had recently met with Brazil’s first lady, who was feared to have been exposed to the disease. The couple self-quarantined in the resort area of Lake Sevan for several days pending the results of the test, which came back negative.

The prime minister also had earlier suspended the campaign for a referendum on dissolving the constitutional court, which has become Pashinyan’s top political priority. He had initially announced that he would take leave from his job to campaign full-time on the referendum, but on March 12 announced that he would return to work. As a result of the state of emergency the referendum itself, which had been scheduled for April 5, was postponed.

Echmiadzin is the seat of the Armenian Apostolic Church, but the church remained unintimidated by the disease, as Sunday masses went on around the country virtually unaffected. “The mass is sacred and the mass heals,” one priest, Ter-Ghazar-Qahana Petrosyan, told local news site medialab.am. “The mass has carried us through plagues and scourges for 2,000 years.”

With additional reporting from Joshua Kucera.