The country has belatedly introduced a COVID pass system to enter restaurants and bars as the vaccination rate remains at just 28 percent. 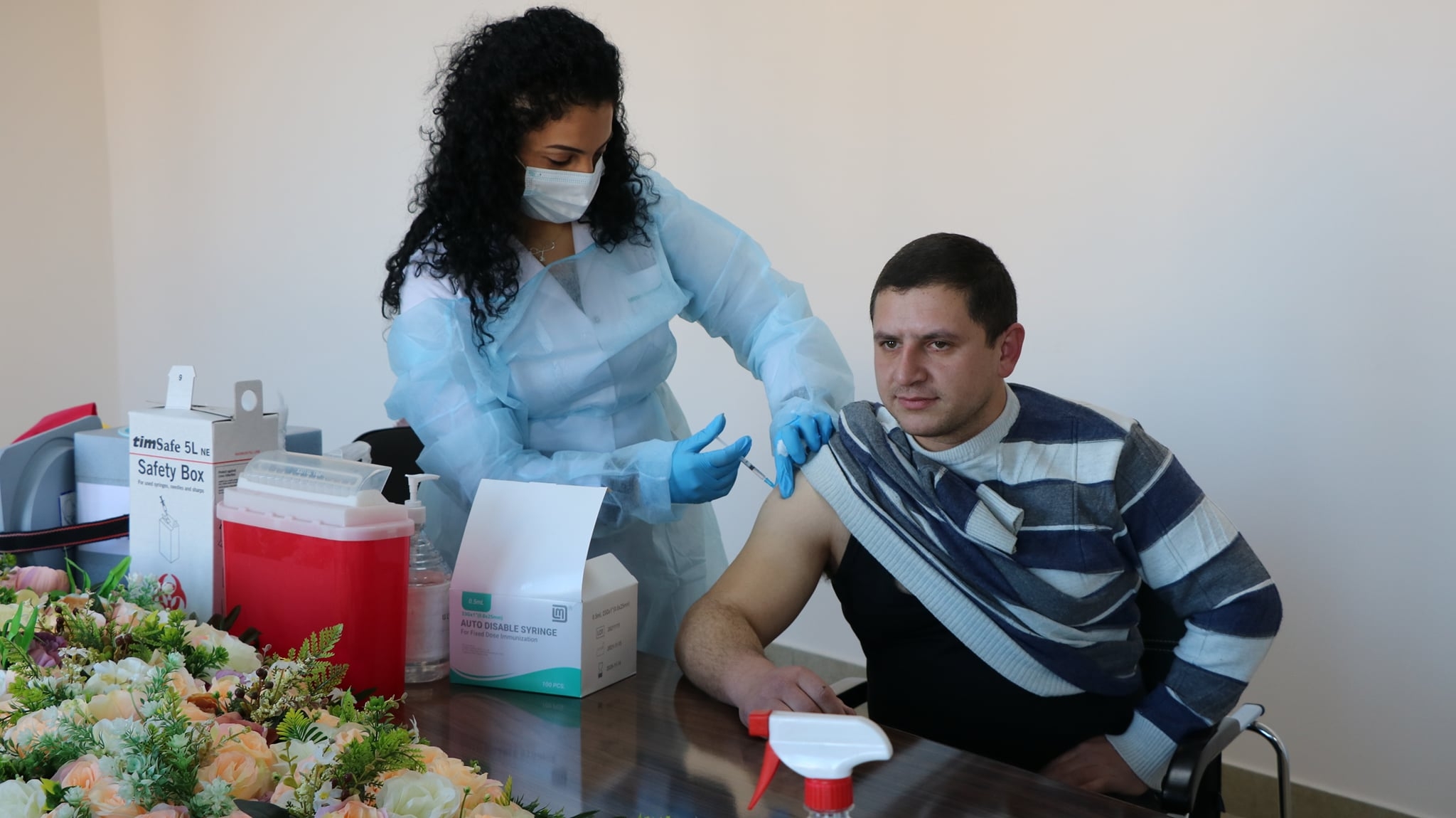 As its COVID-19 numbers begin again to rise dramatically, Armenia is instituting further restrictions aimed at limiting the spread of the disease.

On January 27, the country recorded over 2,500 cases over a 24-hour period, a sharp jump from around 300 new cases per day the week before. Daily counts of new cases in the double digits were not unheard of in December and much of January.

Among the new infections: Prime Minister Nikol Pashinyan, whose office announced that he had the disease on January 26. Pashinyan, who has been vaccinated and got a booster shot, is reported to be asymptomatic and will be working remotely; he also tested positive for the disease in June 2020.

The country documented its first case of the Omicron variant on January 8, and on January 22 rolled out a COVID pass system. Entrance to restaurants, bars, and other entertainment venues is limited to those who have a QR code indicating that they have been vaccinated or got a recent negative test result.

Armenia is a relative latecomer to the system; neighboring Azerbaijan introduced a similar COVID passport last September, and Georgia in December.

As elsewhere, early enforcement of the new rules has been spotty. Some venues diligently scan every code and verify visitors’ identity documents, but others just give the app a quick glance or don’t ask for it at all.

Prominent digital security expert Samvel Martirosyan said that the system does not adequately protect user data, as it transmits the information including passport numbers to third-party apps used to scan the QR codes.

“The most incredible thing is that if my QR code is scanned in every cafe, they will be able to see my name, patronymic, surname, birth date and passport number. Well, who decided that we should know everything about each other? Who decided that my passport number is public information? And if that’s the case, add something else – home address, phone number, social security number,” Martirosyan wrote in a January 22 Facebook post.

After such concerns were raised, the Ministry of Health initially brushed them off, pointing out that participation in the system was voluntary. But on January 26 the ministry announced that all data from the system other than the name and surname will be hidden, and that venues do not have to scan the code but only verify that the app has marked them as safe.

Meanwhile, the country remains largely unvaccinated against COVID. Less than 28 percent of the population has been fully vaccinated, according to official data.

Older Armenians are particularly unvaccinated; only 18 percent of those over 60 have gotten two shots. “Most vaccinated people are between 35 and 60 years old. 60-plus peoples’ vaccination numbers are low which is concerning,” Health Minister Anahit Avanesyan said at a January 27 cabinet meeting. Nevertheless, the vaccinations have helped reduce the number of infected people who need to be hospitalized, she said, as only 5 or 6 percent of those with the disease are now in hospital.

The age differential is likely connected to new regulations requiring employers to demand proof of either vaccination or recent negative PCR tests from their workers. As of October, just before the rule went into effect, about 7 percent of Armenians were vaccinated.

Anti-vaccination sentiment in Armenia remains high and many have responded to the new COVID pass system by simply deciding not to go out.

“I’m not going anywhere since I don’t want to get vaccinated,” one young woman told the TV network 5th Channel during a vox pop about the new regulations. “During the highest peak of COVID, when everything in Europe was strict, Armenia did nothing. Now, when the economy is down and businesses have to work they are coming up with these restrictions.”

Some restaurants also have chafed against the new restrictions. “In short, the healthcare benefit is zero but the negative effect on business is 100 percent,” Ashot Barseghyan, the head of the trade group Restaurant Association, told 5th Channel.