Armenia: Is Yerevan Doing the Kremlin’s Bidding to “Neutralize” NGOs? 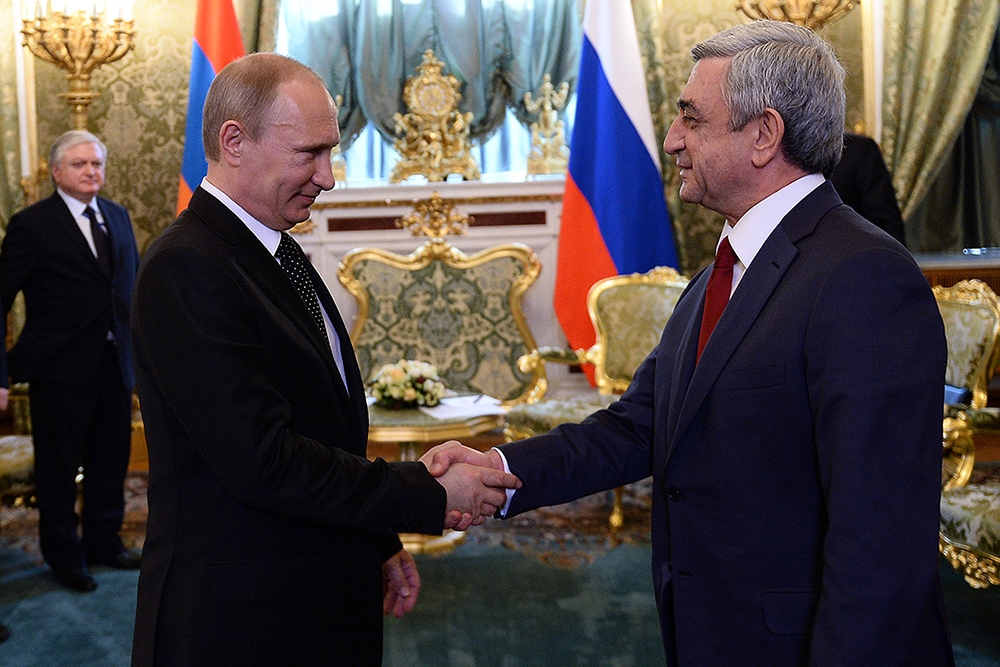 Activists in Armenia are worrying that new government-proposed requirements for non-governmental organizations will undermine Armenia’s relatively freely functioning civil-society sector. Some believe that the Armenian government, in mulling upending the status quo, is seeking to please the country’s  economic and strategic overlord – Russia.

Under amendments to Armenia’s law on non-governmental organizations, drafted last November, NGOs would need to provide officials with detailed, annual financial reports, as well as be subjected to a yearly audit. The government would be able to petition a court to annul the registration of any NGO that fails twice to comply with these requirements. Justice Ministry officials also would be able to attend NGO board meetings.

A vote on the amendments has not yet been scheduled in the Armenian parliament.

Under current regulations, Armenian NGOs need only to file an annual tax return. Many activists view the proposed added requirements as onerous, and designed to stifle NGO activity, especially that which seeks to hold the government accountable for its actions.

The introduction of the amendments, some believe, is an outgrowth of Armenia’s move in January to join the Kremlin-led Eurasian Economic Union. The EEU is seen in some circles in Yerevan as a vehicle for the expansion of Moscow’s already broad influence over the tiny, economically underdeveloped South Caucasus nation.

Last May, in an interview with the Moscow-based Noyan Tapan news agency, Russia’s ambassador to Armenia, Ivan Volinkin, called for “neutralization” of those NGOs that “create obstacles” for Armenian-Russian relations. Supporters of the Armenian government subsequently warned that no NGO can drive a wedge into its relations with Russia.

In recent weeks, Russia has renewed its pressure on Armenia to roll back NGO liberties. On February 26, a prominent Russian legislator, Konstantin Kosachev, claimed that the activity of “around 350” NGOs is undermining Armenia’s ties with Russia by encouraging Armenians to embrace European values.

“We do not see their [NGOs’] work as correct because we do not see it as correct to put the question in the form of an either-or – you are either with us or with them,” said Kosachev, according to the state-run RIA Novosti news agency. “This position has already or almost destroyed Ukraine and might destroy any other country if the question is asked persistently and head-on,”

Armenian officials insist they are motivated only by a desire to introduce greater transparency and public accountability into the work of NGOs. The issue is not about control, stressed Norayr Balaian, head of the Ministry of Justice’s Legal Department, the agency that drafted the proposed amendments.

After receiving input from NGO representatives, “certain changes” now are being made to the draft amendments, Balaian told EurasiaNet.org. He declined to elaborate on any modifications, pending the release of the “final version” of the amendments.

Despite Balaian’s assurances, NGO representatives worry that the new regulations, if adopted, could be used against them – particularly if Russia increases pressure on Armenian officials to do so.

“To the government, transparency and accountability are completely different things” than they are to non-governmental organizations, argued Boris Navasardian, president of the Yerevan Press Club. “If the matter is about accountability to state officials, it will lead to nothing good. … Hints coming from Russia saying that the field must become more controlled do not stem from our country’s interests.”

Ashot Melikian, chair of the non-governmental Committee to Protect Freedom of Expression, agreed, adding that the amendments, if enacted as presently worded, “will lead to nothing good.”

The need to comply with additional regulations will eat into non-governmental organizations’ time and money, and potentially create a significant burden, especially among those NGOs with a small staff. “In order to present reports in such volume, NGOs [would have to] employ separate staff,” said Stepan Grigoryan, director of the non-governmental Analytical Center on Globalization and Regional Cooperation.

“Our suggestions are also considered,” said Sakunts, who runs the Vanadzor office of the Helsinki Citizens’ Assembly. “But there are still questions that are under discussion and it is not yet clear what the solutions will be.”

Boris Navasardian, the press club head, lamented that the amendments could undo years of hard work in an instant. “If Russia’s experience is applied, naturally enough, all our accumulated experience and achievements will disappear. Both the society and the state will lose as a result,” he said.