The general prosecutor's proposal cites the example of how Russia regulates the internet, suggesting to many that there may be political motives. 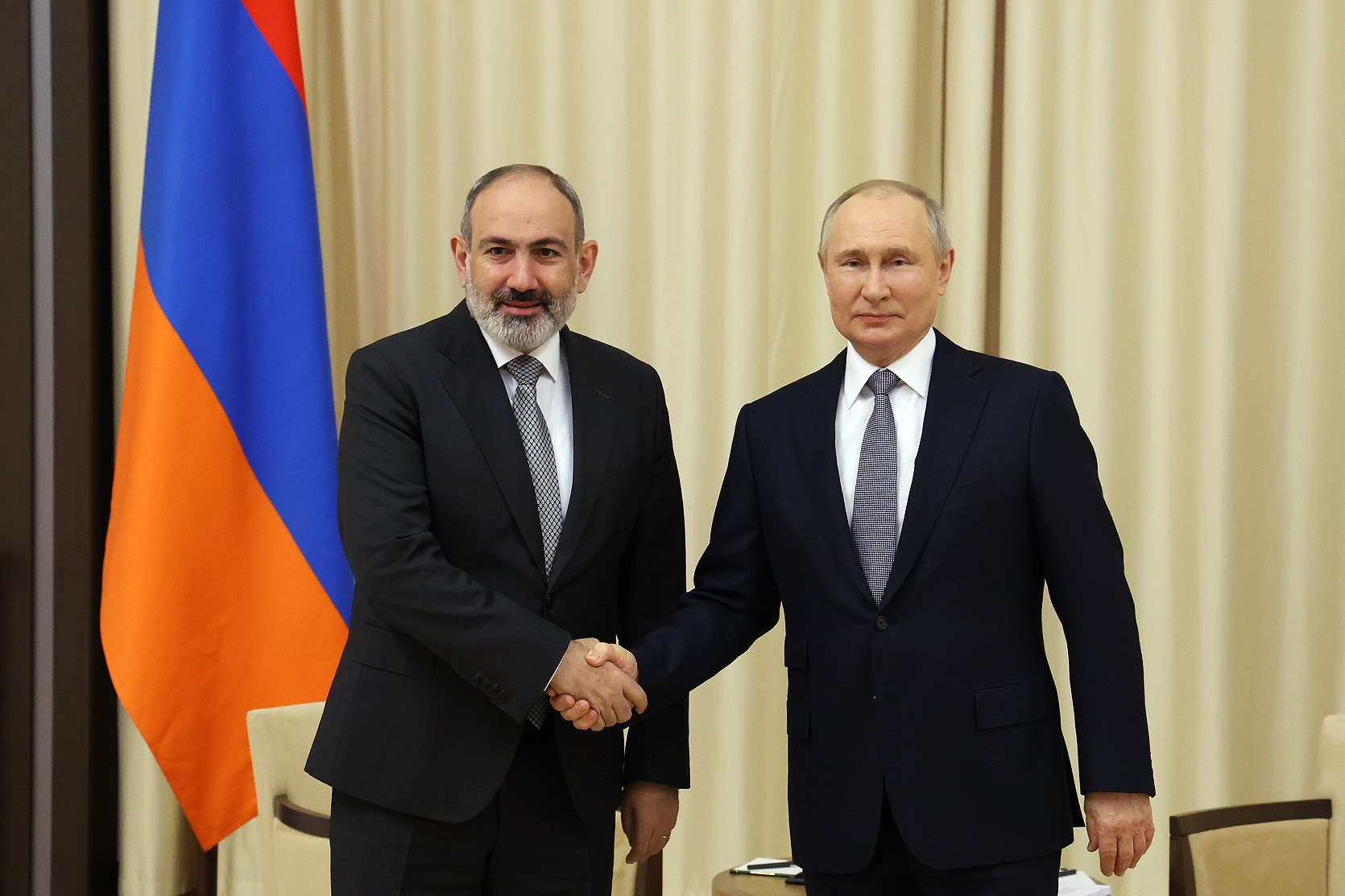 Pashinyan and Putin in April, when they signed an agreement on cooperation on information security. (photo: primeminister.am)

Armenia’s General Prosecutor has proposed a law allowing the state to block certain internet content, citing Russia as a positive example of how such a practice might work.

In a July 4 letter addressed to the government, General Prosecutor Artur Davtyan suggested that the country should adopt legal regulations allowing the government to block material on the internet it deems harmful.

Davtyan framed the proposal as means of protecting Armenians from content like instructions on how to commit suicide or using and selling drugs.

He cited the example of Russia’s Federal Service for Supervision of Communications, Information Technology, and Mass Media, Roskomnadzor, as a particular inspiration.

“Once Russia’s prosecutor general sends Roskomnadzor a notice regarding such ‘banned’ information, the agency then immediately requests that the author(s) immediately remove it and not spread it via the internet,” Davtyan wrote in the letter. “If the owner of the Internet resource does not remove the information within one day from the moment of receiving the information by the competent body, the internet resource will be blocked.”

Roskomnadzor has been the primary instrument with which the Russian government has censored the internet; immediately following the launch of the war in Ukraine it began targeting news sites that called the war something other than a “special military operation,” the Kremlin’s preferred term. It also implements Russia’s broadening “foreign agent” law for media.

Media advocates in Armenia have expressed alarm at the proposal, noting that the power it envisages is not subject to judicial oversight. They suggested it would open the door to more political information being censored.

Carrying out the internet restrictions Davtyan proposed “entails the creation of a certain set of tools,” Artur Papayan, a journalist and information security analyst, told the news site Hetq. “In order to implement this initiative, monitoring tools and platforms must be created that will monitor what kind of content is distributed. After creating all this, punishment and prosecution will just be a technical issue.”

Another analyst, Samvel Martirosyan, wrote an article on news site media.am headlined, “The Prosecutor's Office discovered the Internet and wants to create a ministry of censorship.” It concluded: “If we follow the path of Russia, it will start with a war against drugs and suicide. And then one beautiful day we will discover that the state is engaged in blocking mainly political content.”

The proposal comes following a series of efforts to monitor, censor, and punish speech that the government doesn’t like.

In 2020, the government banned media from covering COVID other than with official information; police visited Facebook users and asked them to remove COVID-related posts.

Later that year during the war with Azerbaijan, the government adopted martial law, one provision of which forbade anyone from presenting information about the war other than what the government was announcing.

In 2021, the government criminalized defamation; defamation had been decriminalized in 2010. A few months later, that October, Armenia introduced significantly stiffer penalties for “insults” aimed at individuals for their “public activities.” The law has notably been used in cases of social media criticism of Prime Minister Nikol Pashinyan.

“Internet freedom in Armenia declined significantly” in 2021, Freedom House wrote in its most recent Freedom on the Net report.

The government has not yet commented on Davtyan’s proposal, which has not yet been publicly discussed on the e-draft platform where proposed legislation is presented and where the public can weigh in.

On April 19 Pashinyan signed an agreement with Russian President Vladimir Putin “to expand the coordination of information security between their two governments.”

But the proposal is not connected to the Russian agreement, said Gor Abrahamyan, an adviser to Davtyan. Abrahamyan told Hetq that the proposal was made based on an analysis of criminal case data and research on media and social media posts, and that the government would ensure that the new regulations would not be used to restrict freedom of speech.