Huawei, a Chinese tech giant increasingly sanctioned in the West, is in talks with the Armenian government to install its controversial “Smart City” technology. 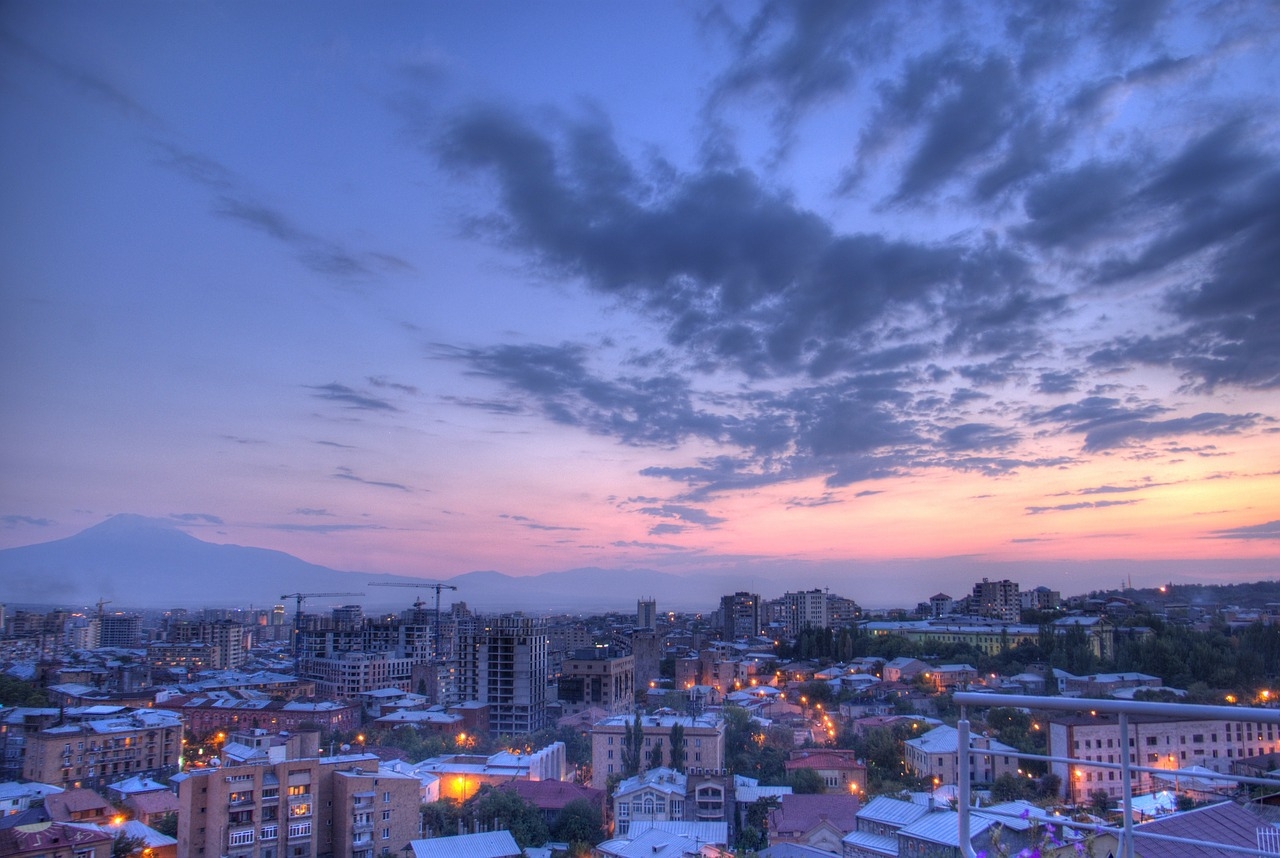 When Chinese IT giant Huawei signed an agreement with the Armenian government in December 2017 to implement its “Smart City” technology in Yerevan, few in Armenia paid attention. The country has a vibrant and fast-growing tech scene, driven largely by international corporations outsourcing their labor to developing countries with skilled workers but low wages – like Armenia. So agreements with foreign tech companies are par for the course.

But researchers at Freedom House, a Washington, D.C.-based think tank, took notice. The group is tracking what it describes as a creeping expansion of “the Chinese model of extensive censorship and automated surveillance systems.” Huawei’s Smart City platform exemplifies that model.

A key component of the Huawei Smart City solution “is the ability to identify, monitor and track both people and goods and services,” Adrian Shahbaz, research director for technology and democracy at Freedom House, told Eurasianet. The program requires thousands of security cameras to be installed in public places, which often use facial recognition technology to identify people and license plates. Shahbaz said he was alarmed by “the awesome power that this gives the authorities to control societies.”

While the agreement to install Smart City in Yerevan was signed under the previous government, the new authorities – who came to power on a wave of street protests in the spring of 2018 – confirmed to Eurasianet that discussions are ongoing. Deputy Minister of Transportation, Communications, and Information Technology Gegham Vardanyan said Huawei, the ministry, and the city of Yerevan are engaged in trilateral talks.

A Huawei spokesperson confirmed that “there have been some changes to the technical requirements and we are continuing negotiations. For now we cannot say anything more than that.”

The Huawei project is part of a growing Chinese-Armenia trade relationship. In 2018, trade between the two countries totaled $771 million, making China Armenia’s second-largest trade partner, representing 10.5 percent of the country’s overall trade turnover. Also in 2018, Beijing gave Armenia almost $20 million in humanitarian support, a four-fold increase over 2017. Chinese aid to Armenia has been steadily growing, the most visible manifestation of which is hundreds of public buses and ambulances in Armenian cities.

In 2017 China started construction on a new embassy in Yerevan that is slated to be the second-largest in the former Soviet Union. And last August, China opened a state-of-the-art school in the Armenian capital, where up to 405 students aged between 10 and 18 will have intensive language courses taught by Chinese instructors.

According to the 2017 press release announcing the deal with Armenia, Huawei said the “Smart City” system was designed to “make the life of city residents simpler, more accessible, and safer, and to provide a greater level of municipal services.” A separate post on the Huawei Armenia website in April 2018 claimed the project could address a wide array of issues, such as improving transportation, providing access to education, preventing crime and boosting economic development. “Everything in the ‘smart’ city is reasonable, combined and rational,” the post read. “Yerevan is on the way [to] becoming a smart city.”

Independent researchers, however, take a dim view of the product. “The approach relies on digital technologies to improve urban life, but the tools also offer a structure to potentially expand authoritarian control over people and public places,” Erica Marat, an analyst of post-Soviet security policies and professor at the National Defense University in Washington, wrote in a 2018 policy memo.

Over 160 cities around the globe are Smart City customers, Huawei boasts, including Singapore, and cities in Saudi Arabia and Germany. In the post-Soviet space, cities in Azerbaijan, Russia, Tajikistan, Ukraine, Uzbekistan, Kyrgyzstan, and Kazakhstan are customers of some sort of Chinese city management technology.

Marat told Eurasianet that Huawei’s expansion in Eurasia is driven by the opportunity that countries with lax or non-existent privacy laws present. “There’s little oversight over what kind of access or control firms like Huawei would face” in the region, Marat said. She said data are an important commodity that can be used for studying human behavior and interactions as well as monitoring specific people, including politicians, public officials, and opposition figures. The facial recognition software included in the Smart City package “can be targeted,” Marat said. The question of who would control the footage recorded in Armenia is not only a question of who operates the cameras but also of who owns the servers where it would be stored.

Often in post-Soviet nations, surveillance systems are installed without debate or oversight because “the idea of privacy is not prominent in these societies,” Marat said. “Privacy comes second to collective efforts to improve life.”

A former manager at Huawei’s Armenian office, speaking on condition of anonymity, told Eurasianet that when the company first pitched the project to the Armenian government in 2017, it was money, and not privacy, that was the sticking point. The government liked the idea but wanted the Chinese company to pay for the whole project. The company saw it differently – it was ready to fund only the pilot, the source said. No price figures for the project were ever released.

As for privacy, the former Huawei executive acknowledged that while Smart City technologies can be used for spying on citizens, that wasn’t an issue in Armenia. “There was no conversation about [privacy and surveillance] throughout” negotiations, the executive said. “Nobody cared.”

There also are concerns that Chinese city management technology, in particular Huawei’s, offer a back door to Chinese spooks. The company’s founder and CEO, Ren Zhengfei, was once an engineer for the People’s Liberation Army.

The U.S. Congress has banned Huawei from receiving government contracts, seeing its products as "capable of being used to pose a serious national security threat.” Australia and New Zealand also have restricted the use of Huawei products, claiming that Huawei cannot be trusted to operate independent of the Chinese government. A Huawei sales director for Poland was recently arrested on espionage charges, and Czech Republic regulators last month banned the company from participating in a government tender.