Azerbaijan has increased pressure in recent weeks for Armenia to complete the pullout. 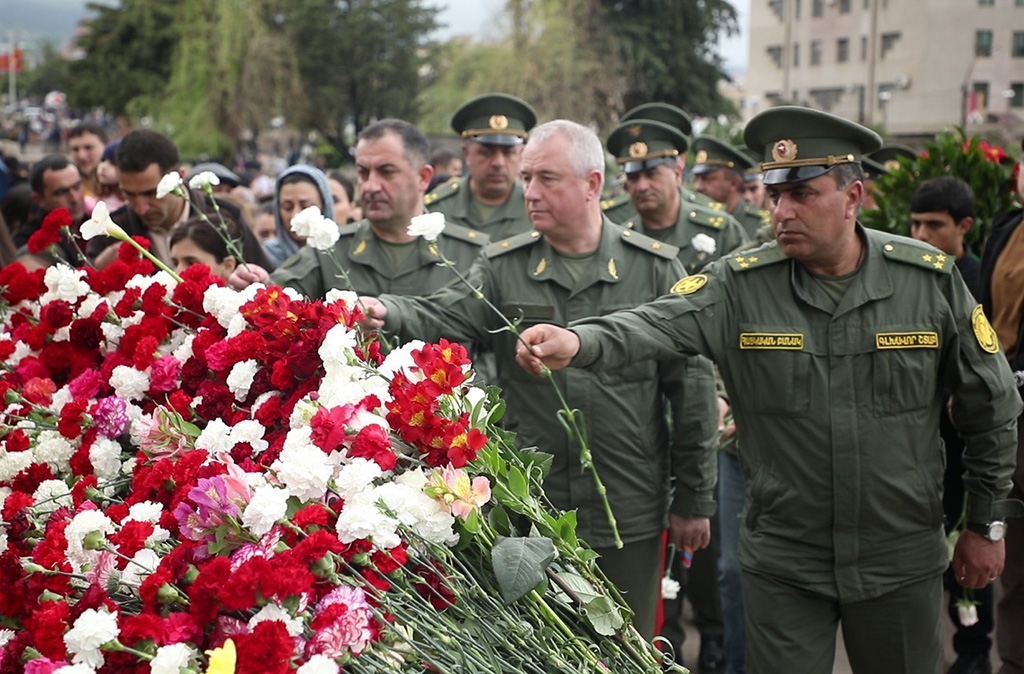 Karabakh will continue to maintain its own army. (handout from de facto Karabakh defense ministry)

Armenia has announced it will withdraw all remaining military units from Nagorno-Karabakh by September, fulfilling a pledge it made at the end of the 2020 war with Azerbaijan.

The head of Armenia's Security Council, Armen Grigoryan, told state media on July 19 that all conscripts will return home by September and will not be replaced. Most soldiers in the Armenian military are conscripts; Grigoryan added that contract soldiers from Armenia are not currently serving in Karabakh.

Karabakh will continue to maintain its own army, which is heavily integrated within Armenia’s command structures.

In the 2020 Russia-brokered ceasefire signed by Armenia, Azerbaijan and Russia, Armenia agreed to withdraw its forces from lands internationally recognized as belonging to Azerbaijan, as Russia deployed 2,000 peacekeepers.

“Since the ceasefire, they [Armenian units] have been returning to Armenia. The process is approaching completion and will conclude in September,” Grigoryan said.

Military officials had indicated in late June that the withdrawal would soon conclude. Colonel Sahak Sahakyan, the chairman of the Lottery Commission, which oversees the draft, told journalists on June 28 that Armenia would not send conscripts to Karabakh anymore.

"Our last conscripted soldiers for the summer of 2020 will be discharged by August 30. We will no longer send conscripts to Artsakh,” Sahakyan said, using an alternative name for Karabakh.

Azerbaijan has increased pressure in recent weeks for Armenia to complete the pullout.

On July 15, ahead of a meeting between Armenian and Azerbaijani foreign ministers in Tbilisi, President Ilham Aliyev again complained that Armenian troops were violating the ceasefire. "If Armenia doesn't intend to withdraw from the territory of Azerbaijan, then it should let us know in clear terms, and Azerbaijan will consider further actions," he said. “We are a victorious country and we have restored our territorial integrity.”

Armenia’s opposition has seen the withdrawal as proof that the government of Nikol Pashinyan is ready to “leave Artsakh unprotected," as Gegham Manukyan – an ARF Dashnaktsutyun member of the Armenia Alliance – wrote on Facebook.

The situation in some parts of Karabakh remains tense. In March, Azerbaijani forces took new territory around the village of Parukh, inside Karabakh, which was supposed to be protected by Russian peacekeepers. Some residents recently returned, but they say their position is precarious.

Nevertheless, Security Council chief Grigoryan downplayed the risks of withdrawal: "The [Russian] peacekeepers are of key importance in guaranteeing the security of Armenians in Nagorno-Karabakh." He called the incursion into Parukh (which Azerbaijanis spell Farrukh) “a gross violation of the 2020” ceasefire.

Military service in Armenia is mandatory. Every male at the age of 18 is obliged to serve for two years. Before Armenia’s defeat in the 2020 war, many conscripts were sent to serve in and around Nagorno-Karabakh.