Following Ankara’s strong backing of Azerbaijan in the recent war, Yerevan is banning many Turkish goods. 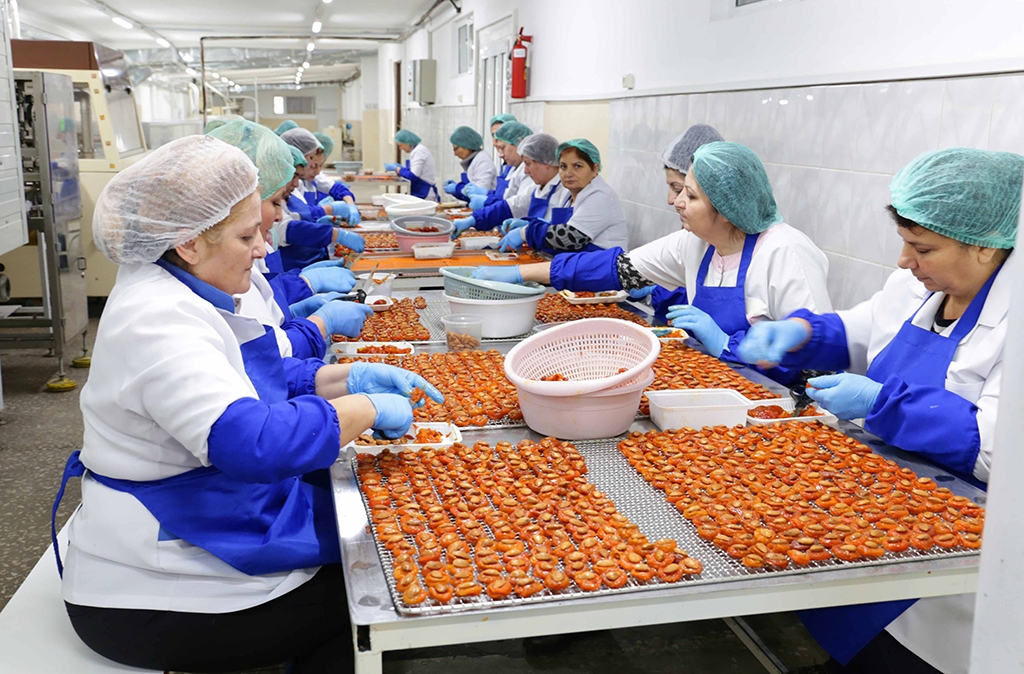 Outside the Mavi clothing store in Yerevan, a giant sign reads: “70 percent liquidation!” Stocks are running low, an employee told Eurasianet, as the store gets ready to close its doors.

On December 31, a ban on Turkish imported goods goes into effect in Armenia. And that includes the Mavi shop, an outpost of the global Turkish fast-fashion chain.

The Armenian government announced the ban in late October following Turkey’s heavy backing of Azerbaijan in the recent 44-day war. The move was motivated by “the open and evident promotion and support by Turkey of Azeri aggression” and aims to “put an end to the financial proceeds and fiscal revenues of a country with clear hostile attitude,” the government said in its official notice announcing the embargo.

The ban will be in effect for only six months, as that is the maximum period that member states of the Eurasian Economic Union can implement unilateral embargos of this type. But the ban can be extended indefinitely.

The Armenia-Turkey border has been closed for decades and the two do not have diplomatic relations, a legacy of the first war between Armenia and Azerbaijan in the 1990s. But Turkish brands – Mavi clothes, Beko appliances, Golden Rose cosmetics – have nevertheless been popular in Armenia, as they are around the region, prized for their low cost.

One salesperson at the Mavi store said that passers-by will occasionally walk in and berate staff for selling Turkish goods. “But after we announced the liquidation, crowds just stormed the store,” the salesperson told Eurasianet, speaking on condition of anonymity. “I guess that’s how much nationalism costs.”

Other Armenian stores that carry Turkish products had been sourcing elsewhere, out of patriotic motives, even before the ban was announced. In the large Yerevan City supermarket chain, about 90 percent of the products were from Turkey, one of the company’s directors, Gevorg Simonyan, told the TV network 5th Channel. “Since the military action, we stopped selling Turkish goods,” he said. They are now being replaced with products from Russia, Belarus, and Bulgaria, he said.

Official figures show Turkish-Armenian trade is relatively modest, and entirely one-sided. From January to October of this year, Turkey represented 4.9 percent of Armenia’s imports, but none of its exports. Over the last 10 years, Turkish exports to Armenia amounted to $2.3 billion, while Armenian exports to Turkey were just $15.2 million.

Most of the Turkish imports are of consumer goods, with clothing being the single biggest sector. Some of that is big chains like Mavi and LC Waikiki, and some is lower-cost no-name or knockoff clothing.

One young woman in a central Yerevan shop told Eurasianet how she gets her stock of Turkish-made replicas of famous brands like Louis Vuitton and Dior: She travels to Istanbul and buys them in a bazaar there, then brings the goods back herself to Armenia.

“It’s a difficult market,” the woman, who gave her name only as Armine, told Eurasianet. “I took a loan two years ago to start this business and now I have to close it down and start something new,” she said.

She said it bothered her to trade with Turkey but felt that financially she didn’t have a choice. “We aren’t thrilled that the economic situation in Armenia is so bad that I have to go to Turkey with my head down to buy things there,” she said. “Now they will say I’m a traitor.”

The goods now being banned from Armenia represent about $200 million a year in imports, offering an opportunity for Armenian businesses, wrote Minister of the Economy Vahan Kerobyan in a recent Facebook post. Kerobyan enumerated the sectors most affected, with clothing at the top of the list at $69 million a year and citrus fruits in second at $10 million a year. “Of course I’m not suggesting to grow citrus fruit, but in general in the $200 million market that has opened up, there are good opportunities,” he wrote. The ministry was available “to provide more detailed information to fill these gaps with Armenian goods or goods of friendly origin,” he added.

Overall, Armenia’s economy won’t be significantly affected by banning Turkish imports, said economist Hrant Mikaelian. “The Armenian market won’t feel the absence of Turkish goods. If it is only for six months, I don’t think it’s going to have any effect,” he told Eurasianet. “All sanctions are aimed at using economic power to force the hand of another state politically, not to hurt the country’s own economy,” he said.

But in particular sectors, Armenian consumers could feel a pinch. “The prices of certain products, like clothes, are going to go up,” economist Suren Parsyan told Eurasianet.

Parsyan also said that the initial six-month term of the sanctions will create uncertainty for Armenian businesses who might try to replace Turkish goods. “If people invest in and start producing goods in Armenia, they need certainty. The ban is for six months, so what will happen to the local manufacturer when the ban is lifted? Cheaper Turkish clothes, for example, will flood the market and the local company will go bankrupt,” he said. “Medium and small businesses will be hit harder than big ones.”