The country would spend 47 percent more on defense in 2023, as Azerbaijan continues to bolster its own military and Russia, Armenia’s security guarantor, is bogged down in Ukraine. 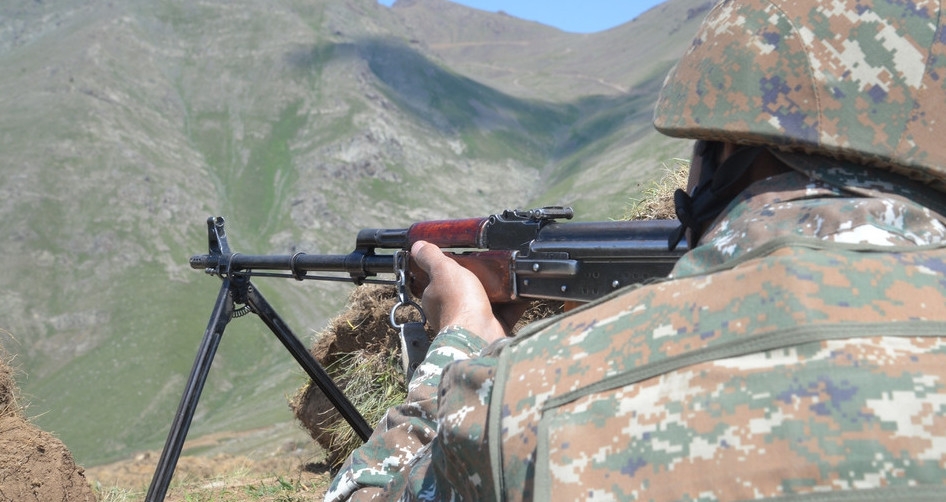 Armenia has announced that it is increasing its defense budget by nearly 50 percent two years after its defeat in the war to Azerbaijan, as Baku continues to apply military pressure.

The 2023 military budget will be 501 billion drams (over $1.2 billion), according to a draft budget presented by the government at a September 29 cabinet meeting. That would be a 47 percent increase over the 2022 budget in dram terms, and an even greater increase in dollar terms as the Armenian currency has been sharply appreciating in the last several months.

The draft law did not offer many specifics of where the additional funds would go. It said the budget would be spent on priorities including “combat vehicles, equipment, communications systems, possible domestic purchases of weapons and ammunition.”

The Armenian government has been under immense public pressure to significantly strengthen the military and rearm the country following the 2020 war defeat to Azerbaijan. It has been increasing defense spending steadily since then; its defense budget has grown from $669 million in 2020 to $678 million in 2021 to $754 million in 2022. Azerbaijan, meanwhile, has announced that it is planning to increase its own military spending to $2.8 billion by 2025, up from $2.2 billion in 2020 and $2.6 billion in 2022.

Armenia’s military procurement situation has become more dire since the launch of Russia’s war against Ukraine earlier this year. That appears to have interrupted arms supplies from Moscow, which has held a virtual monopoly over supplying weapons to Armenia.

At the cabinet meeting, Prime Minister Nikol Pashinyan alluded to a disruption in weapons supplies from “allies,” which he blamed on Azerbaijan.

"Wherever possible they [Azerbaijan] are trying to prevent the supply of weapons and ammunition to Armenia,” he said. “We have cases when hundreds of millions of dollars in payments have been made but partner countries are not fulfilling their obligations.”

“Pashinyan says Armenia has been waiting for weapons that it has paid millions for. The only ally when it comes to big purchases, hundreds of millions of dollars, is Russia,” Leonid Nersisyan, a military analyst and research fellow at the Yerevan think tank Applied Policy Research Institute of Armenia, told Eurasianet. “This means that we lost a year waiting for Russia to supply us.”

Earlier in the month Azerbaijan launched unprecedented attacks inside Armenian territory; Armenia has reported 207 soldiers killed or missing in action from the two days of heavy fighting, and four civilians killed and two missing. Azerbaijan reported 80 soldiers killed. On September 28 Armenia reported another three soldiers killed by Azerbaijani fire, and Azerbaijan has been threatening further attacks as it attempts to gain diplomatic advantages in ongoing negotiations over a peace deal.

The attacks have come as Russia, which has two mutual defense pacts with Armenia, has been suffering military setbacks in Ukraine and has said it does not plan to send troops to Armenia.

Armenia’s military budget was already one of the largest in the world in comparison to its gross domestic product. According to the Stockholm International Peace Research Institute, in 2021 Armenia’s defense budget represented 4.4 percent of its GDP, the ninth-highest figure in the world. (Azerbaijan, at 5.3 percent, was fifth.)

“This is a very big number for weapons, Armenia has never come close to it,” Nersisyan said. “These numbers should have been increasing since 2010, in 2015 they upped the budget but not by enough. If we had had this budget since 2016 the war [in 2020] probably wouldn’t have ended the way it did.”