Some patients have died because of a lack of hospital capacity, but the country has added several hundred more beds. 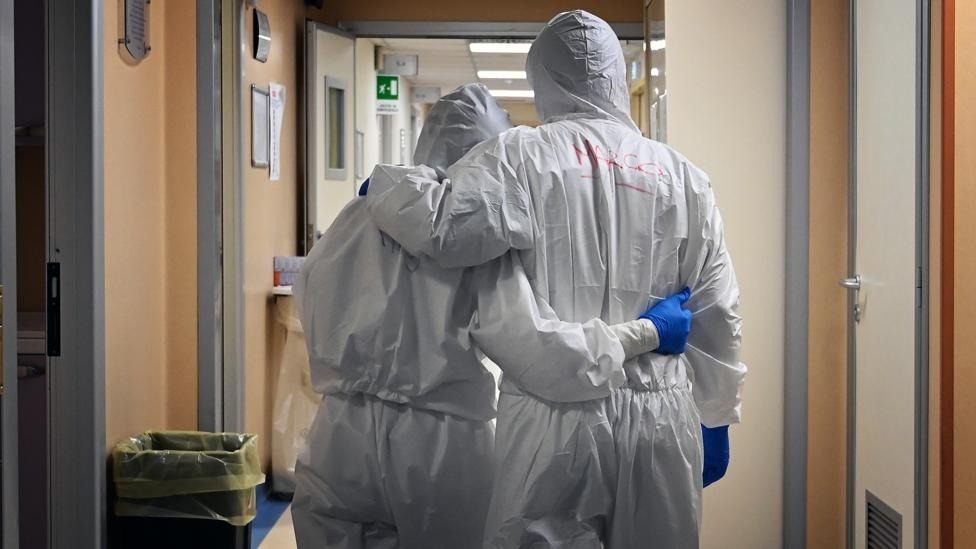 Armenia has been scrambling to add hospital capacity as its outbreak of COVID-19 continues to grow.

At a June 6 press conference, Prime Minister Nikol Pashinyan said that patients were not being treated properly and even dying because the country’s hospitals had been overwhelmed.

“Two hundred people [with the disease] are waiting to be hospitalized,” he said. “Moreover, our health care system is so overwhelmed that a person died because of a late response … two people have died because they needed to be in intensive care but had to be cared for in the general part of the hospital due to a lack of intensive care beds.”

Armenia has 186 intensive-care beds, and health officials have been warning that that was soon not going to be enough. The country’s outbreak is the most serious in the region, with a total of 8,933 active cases as of June 9, with 217 patients dying of the disease and a further 74 dying while they had the disease.

On June 6, the country announced its highest number of new cases to date: 766, nearly as much as neighboring Georgia has registered throughout the entire pandemic. On June 8, though, the numbers were positive: Armenia registered 350 new cases but those were outnumbered by the number of recoveries, 352. Still, a high proportion of positive tests suggests that Armenia’s official numbers, as high as they are, may in fact be an undercount.

On June 7, Pashinyan announced that a new testing and diagnosis center had been established at the National Burn Center; previously the only such facility was the Nork Infectious Clinic Hospital.

Yerevan’s only polyclinic that has been testing and treating coronavirus patients says it has been overwhelmed. "During these past few days we get about 70 people [per day] with respiratory disease, we are testing 60-70 percent of them," said Nona Postoyan, a doctor at the Saint Grigor Lusavorich polyclinic in Yerevan, in an interview with Armenian Public Radio.

Meanwhile, health officials have been complaining that the government hasn’t been doing all it can to maximize hospital capacity. The head of the board of trustees of Yerevan State Medical University, Vahan Artsruni, said on June 7 that the university hospital had set up an isolation ward for COVID-19 patients and announced it as early as March 25. "Since March, this special COVID isolation ward with fully staffed specialists, equipment, and medical means has been EMPTY and unused, for unknown reasons,” Artsruni wrote on Facebook.

The next day, Deputy Minister of Health Artyom Smbatyan responded in his own Facebook post that the ministry had only just learned about the new isolation ward and would start using it immediately.

"Some of those centers have oxygen therapy capabilities, which can obviate the subsequent need for ventilators for some patients," he added.

During the same briefing, Pashinyan announced that, after a week being diagnosed with COVID-19 himself, he and his wife and children had all recovered.

"We are not doing home treatments,” said the head of Yerevan’s ambulance services, Taguhi Stepanyan, in a June 8 interview with RFE/RL’s Armenian service. “In most cases, people who show symptoms contacting polyclinics. We come only when the patient's condition worsens. When people show symptoms, we test and hospitalize them."

Polyclinics also have not been treating coronavirus patients at home.

"We [polyclinics] are not treating cases where people have headaches and high fevers. We can advise them to take paracetamol. If the situation is worsening and the person, let’s say, gets pneumonia, they have to be hospitalized, " Samvel Hayrumyan, a Ministry of Health consultant, said in an interview with Armenian Public Radio on June 8.

About “50 to 60 percent” of ambulance calls in Yerevan in recent days are suspected COVID-19 cases, Stepanyan said. That has also overwhelmed the ambulance capacity, she said. “It happens in some cases that we respond late. I apologize for that, but after every corona patient we have to sanitize the cars and the medical staff,” she said.