The move comes as Yerevan-Moscow relations have been heading south quickly. 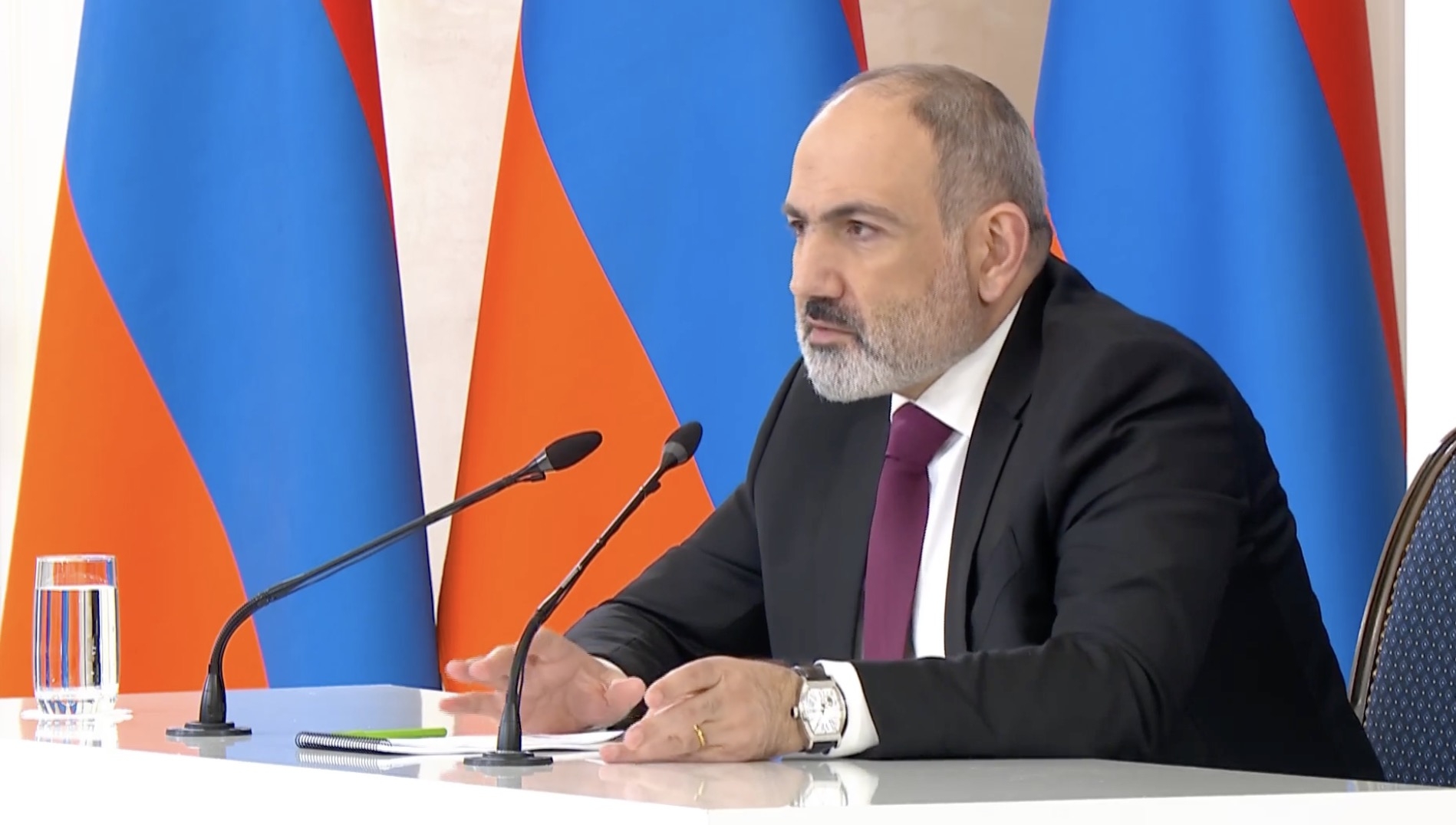 Armenia will not host Russia-led military exercises this year, Armenian Prime Minister Nikol Pashinyan said today, directly contradicting an announcement from Moscow a week earlier. Pashinyan at the same time launched an extraordinary criticism of the Russian military presence in Armenia, saying that it was more of a “threat” than a protection to his country.

On January 1, the Russian Ministry of Defense announced that the Collective Security Treaty Organization (CSTO), a Russia-led alliance, would be holding the 2023 iteration of its annual flagship exercises, Unbreakable Brotherhood, in Armenia.

That announcement came as a bit of a surprise given the rocky relationship of late between Armenia and Moscow, and in particular the CSTO. Many Armenians have found Russia’s and the CSTO’s actions wanting in the face of Azerbaijani offensives in recent months, including an unprecedented attack on Armenia in September and an ongoing de facto blockade of the Armenian protectorate of Nagorno-Karabakh that started in September.

At a January 10 press conference, Pashinyan addressed the issue, and labeled the Russian plans a “misunderstanding.”

“I think there is a misunderstanding, since the Ministry of Defense of Armenia has already informed, in writing, the joint staff of the CSTO that conducting exercises in Armenia in the current situation would be inappropriate,” he said. “These exercises in Armenia, at least this year, will not happen.”

Russia was in the process of “clarifying” the announcement, said Dmitriy Peskov, spokesperson for Russian President Vladimir Putin. The Russian news agency RIA Novosti reported Peskov saying that it was a new announcement, that Armenia was a “close ally” of Russia and that dialog would continue. The CSTO had received Armenia’s notice and was working out plans to hold the exercise in another country, the news agency Tass reported.

Pashinyan has been increasingly critical of the CSTO, an organization that also includes Belarus, Kazakhstan, Kyrgyzstan, and Tajikistan. At a summit of the organization in November, which happened to take place in Yerevan, he vetoed a statement on the recent flareup between Armenia and Azerbaijan because it did not directly condemn the Azerbaijani attacks.

In his new year’s address to the nation, he made a pointed reference to the CSTO, saying that the Azerbaijani attacks were “doubly painful because our security allies left us alone, preferring to remain in the status of passive observer or offering active observer status as an alternative.” (The organization sent a small monitoring mission to Armenia after the September attacks, and has mooted some forms of assistance.)

While there has been speculation about the Russian and CSTO inaction forcing Yerevan into a dramatic geopolitical shift, moving away from its longtime alliance with Russia, most observers have seen that as unlikely and unwise in a period of such tension.

In the press conference, Pashinyan was asked about Armenia leaving the CSTO, and he responded using a formulation he has used previously: “Can we say that Armenia will leave the CSTO? Maybe the CSTO will leave Armenia? Does this whole situation [in the region] suggest that the CSTO intends to leave Armenia?”

Even without a formal break with Russia, Armenia has noticeably accelerated its contacts with European countries and the United States. Rejecting the CSTO exercise is perhaps the strongest shot yet against Russia’s bow.

The announcement was accompanied by a sweeping criticism of the Russian military presence in the country. Several thousand Russian troops are stationed at a base in Gyumri, near the Turkish border. A radical pro-Western political party held a protest at the base the day before Pashinyan’s announcement, demanding the withdrawal of Russian troops from the country. The authorities cracked down hard, reportedly detaining 65 people.

“Recently Azerbaijan, in its contacts with Western partners, justifies its aggressive actions on the fear that Armenia and Russia are preparing joint aggressive actions against Azerbaijan and that they [the Azerbaijanis] are taking preventative measures,” Pashinyan told the press conference.”

While he said those claims were “absurd,” he said they had some resonance with Western officials in the context of Russia’s war in Ukraine. “We call our Russian colleagues’ attention to the fact that when they stay silent it means that Russia’s military presence in Armenia does not only guarantee the security of the republic, but the opposite: It creates a security threat for Armenia,” he said.