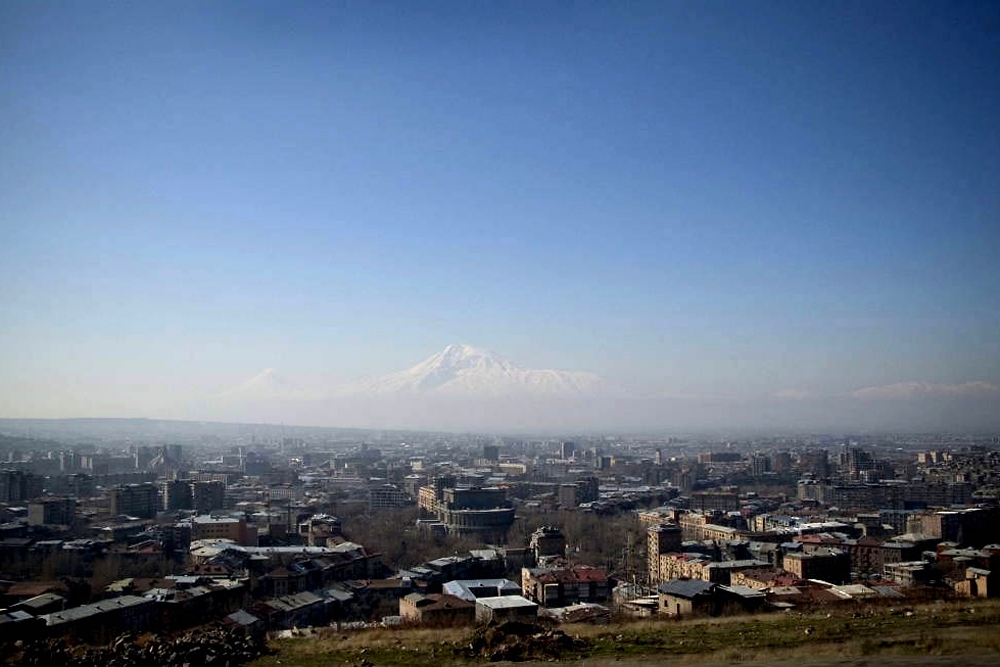 A new independent study concludes that people without mental health problems often are being committed to psychiatric hospitals, including four in the capital, Yerevan. (Photo: Justyna Mielnikiewicz)

“People can consider themselves absolutely normal, with no mental disorders, but a single telephone call, a complaint filed by their relatives, neighbors or other interested parties can lock them up in a mental hospital for years, for an indefinite period of time, through the joint efforts of police and emergency doctors,” charged activist Arthur Sakunts, chairperson of the Helsinki Citizens’ Assembly's center in the northern city of Vanadzor.

A Helsinki Assembly study of five state-run Armenian psychiatric hospitals (four in the capital, Yerevan) reached this conclusion after interviews with 316 hospital medical staff, directors, support workers and patients. The findings have been presented to the Ministry of Health, which reportedly has prepared a response, Sakunts said. [Editor’s Note: The Helsinki Assembly received funding from the Open Society Assistance Foundation-Armenia to help produce the report. The Armenian foundation is part of the Soros foundations network. EurasiaNet.org operates under the auspices of a separate part of the network, the Open Society Foundations in New York].

After an argument over a Yerevan house they had inherited, Amarikian’s brother, Muraz, allegedly threatened last May to have his sister, an individual with no previous mental-health issues, committed to a psychiatric hospital. Police officers reportedly arrived the next day, forced her into an ambulance and took her to Avan, according to court papers.

“She is not sick,” said researcher Marieta Temurian who met Amarikian while working on the Helsinki-Aseembly report. “She suffered from the atmosphere and conditions of the clinic, refused to take medication, but the doctors tried to make her take the medicine and injected it by force,” Temurian said. With legal assistance from the Helsinki Assembly, Amarikian petitioned a court for her release, and was declared as mentally competent after an exam by a court psychiatrist. She was released from the Avan facility after more than a month-long enforced stay.

“I do not harm anyone. I just live quietly. I never had any problems,” Amarikian, who is unemployed, told to EurasiaNet.org.

Amarkian claimed that her brother is still trying to have her recognized as mentally incompetent. Under Armenia’s civil code, family members, legal guardians or the administration of a psychiatric institution can request a court to recognize an individual as mentally incompetent without the person in question having to appear in court. Most of the hospitalized individuals included in the Helsinki Assembly study are pensioners or, like Amarkian, are unmarried, or live by themselves.

Amarkian’s case is not unusual, according to Deputy Ombudsman Tatevik Khachatrian, who said her office regularly receives phone calls about such cases from concerned neighbors, or via letters from “a person in danger.” Conditions in psychiatric hospitals can worsen the situation. Patients with no mental-health problems have been “tied up, faced violence, gotten injections of drugs,” she alleged. “People were beaten with blankets covering their faces to avoid bruises.”

The injections of psychotropic, sedative drugs “can affect [patients’] mental health, and after a month it’s really hard to say whether the person had mental problems or not,” she added.

Armenian legislation can enable such abuse, critics say. Under a 2010 decree signed by then-prime minister Tigran Sarkisian, individuals “subject to immediate hospitalization” who are brought to a medical facility “by emergency psychiatric teams or their relatives” can be hospitalized on the recommendation of the doctor on duty. An examination by a “psychiatric commission” is required within 72 hours of an involuntary admission, but, as a rule, studies show, physicians from the hospital in question make up that commission.

That poses a potential conflict of interest, Khachatrian and Sakunts believe: psychiatric hospitals receive 5,900 drams ($14.50) per day from the state budget for the upkeep of each of their patients. In a time of tight budgets, state-run hospitals have an incentive not to release patients -- even if they were not committed for medical reasons. Hospital directors could not be reached for comment.

The ombudsman’s office cannot establish with certainty how often individuals without mental-health problems are committed to psychiatric hospitals. “There are no statistics we can use to show how many people with no problems are getting ‘treatment’ in mental-health hospitals. And it is impossible to know. …We are trying to do our best,” Khachatrian said.

A 2014 study by the non-governmental organization Civil Society Institute reported that 138 people in Armenia underwent compulsory psychiatric treatment between 2008-2012, according to official data. None were released early. During that period, courts recognized 775 people as mentally incompetent and reversed their decision in only one case. No independent mechanism exists to ensure that valid grounds exist for such hospitalizations. “This situation is disturbing,” Sakunts said. “Mental hospitals are closed institutions, and, unfortunately, they can serve as an instrument to settle interpersonal relations; namely, issues related to revenge, a will, an inheritance, or housing problems.”

The Ministry of Health’s chief psychiatrist, Dr. Samvel Torosian, commented to EurasiaNet.org that the Helsinki Assembly report has “very sharp angles,” but conceded that there are “problem areas” in Armenia’s provisions for mental-health patients. He emphasized, though, that reform must be approached methodically.

“At this moment, we are discussing suggestions [for reforms] made to our lawyer, and, after that, we will examine international experience and conventions [in this area] and submit proposals for reforms,” Torosian said.