The prime minister promised to do business differently. But he owes Moscow. 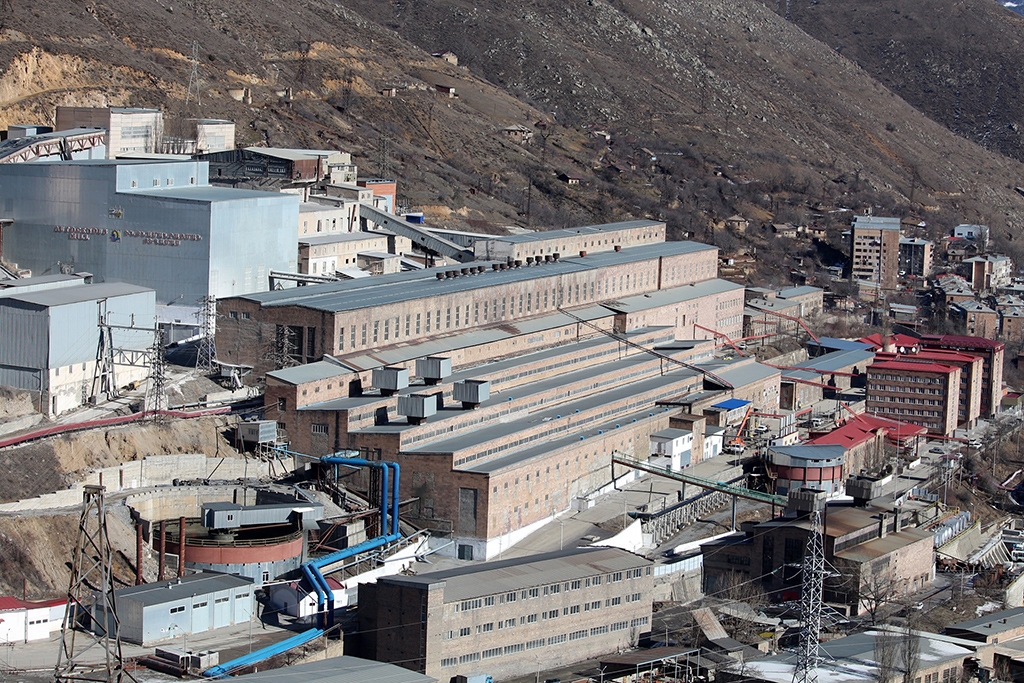 The Zangezur Copper Molybdenum Combine has operated since 1951. (ZCMC handout)

When Armenia’s largest taxpayer passed into the hands of a Russian tycoon last fall, the deal unleashed widespread concern that Prime Minister Nikol Pashinyan was retreating from an effort to de-Russify the economy.

Pashinyan had promised to do business differently when he came to power on a transparency platform in the 2018 “Velvet Revolution.” Yet many say the takeover of the lucrative and historic Zangezur Copper Molybdenum Combine (ZCMC) looks too much like the old way of doing business in Armenia.

The ownership change dates to early 2020, when German company Cronimet sold its 75 percent stake back to the plant, a legal entity represented by management. Other shareholders, among them former Russian Health Minister Mikhail Zurabov, began to wrestle for control. At Zurabov’s request, the 75 percent stake was frozen by an Armenian court for a year, during which time the National Security Service searched the offices of ZCMC and filed tax evasion charges against management.

The government has not said how Trotsenko’s GeoProMining became the recipient or what he paid for his stake.

This reticence to talk about the deal is fanning concern. Mkrtich Karapetyan, an investigative journalist with CivilNet and Armenian public television, says both ZCMC and the prime minister’s office have denied his requests to see the purchase documents.

Whatever the story, it seems unlikely the ownership tussle has come to an end. Trotsenko is an influential player in the Russian economy, which is cratering under sanctions over Moscow’s invasion of Ukraine. The U.S. Treasury Department has listed him as an oligarch, potentially putting him and his business empire in the sights of future penalties.

ZCMC is one of the anemic Armenian economy’s few bright spots. In 2020 the plant alone was responsible for 18.8 percent of Armenia’s exports.

Over the years, local media have alleged that the family of Armenia’s second president, Robert Kocharyan, acquired shares in ZCMC during his rule from 1998 to 2008. Kocharyan has denied these allegations. Later, the same rumors circulated around Mikael Minasyan, the son-in-law of the third president, Serzh Sargsyan. The shares belonging to Minasyan, the current government has said, were then illegally acquired by Artur Vanetsyan during his time as head of the National Security Service in 2018-2019. (Vanetsyan denies this and is suing the government.)

Apart from Zurabov, the former Russian health minister, another 12.5 percent ​​of the shares belong to AMP Holding, a firm reportedly owned by Karen Hakobyan, the brother of Vahe Hakobyan, an opposition member of parliament. Together Mher Poloskov, the former director of ZCMC, and Narek Hambaryan, brother of the military prosecutor Tigran Hambaryan, own another 12.5 percent, according to the state company registry. The remaining 15 percent remains in the hands of ZCMC.

Trotsenko’s acquisition was extensively discussed in Yerevan’s business and media circles and quickly became a lightning rod for the opposition. Kocharyan, the former president, called the deal “the biggest scam in the history of Armenia” and an example of “blatant corruption.”

Pashinyan argues that the transaction, by putting 15 percent of the company in the hands of the government, is in the Armenian people’s interests.

Yet there is widespread unease at the way a Russian oligarch managed to take such a large stake in a firm that the State Revenue Committee listed as the country’s largest taxpayer last year.

Pashinyan, critics point out, promised transparency when he came to power. At the time, he defiantly began prosecuting Russian-firms with connections to the former regime, ignoring concerns that he could not afford to anger Moscow.

With his acquisition, Trotsenko became the most significant player in Armenia’s mining industry, which is already dominated by Russians.

His GeoProMining is not new to Armenia. Since 2012, the company has been operating a massive gold mine at Sotk in the Gegharkunik region. It also owns the Agarak Copper Molybdenum Combine.

In September 2018, another key asset, the Teghut copper and molybdenum mine, was transferred to Russian-owned VTB Bank after the mine’s owner, Vallex Group, was unable to service a $380 million loan granted by the Russian bank. Teghut is the second-largest deposit of copper and molybdenum in Armenia, containing an estimated 1.6 million tons of copper and about 99,000 tons of molybdenum. (It reportedly suspended production last week amid fallout from Western sanctions).

Russians also have their eyes, according to media, on the Amulsar gold mine, which was licensed to Lydian Armenia, a subsidiary of the U.S.-British Lydian International, in 2016. Operations were suspended in 2018 amid a wave of protests from environmentalists and local residents. Since then, the company has made several unsuccessful attempts to resume exploitation.

Last December, the Economic Journalists Club of Armenia reported that Lydian Armenia was planning to sell the rights to exploit the Amulsar gold mine to an unnamed Russian company. “The state will receive 20 percent of the stake from this deal, which, in all likelihood, will be managed by the Armenian National Interests Fund,” said the statement.

The Armenian authorities have neither confirmed nor denied the claim. The Economy Ministry declined Eurasianet’s request for comment. The press service of Lydian Armenia issued a denial, but the rumors continue to spread.

Apart from this, the government recently initiated a series of amendments to the Subsoil Code. The amendments, if passed, will facilitate mining by allowing firms to skip some environmental impact reviews.

Coupled with the government’s silence, the moves have aroused suspicion, notes Tehmine Yenokyan of the Armenian Ecological Front. Since the 2020 war with Azerbaijan, Armenia has grown even more dependent on Russia for security. Many Armenians now assume that their government is too weak to resist the consolidation of the mining sector in the hands of Russian businesses.

“But any new buyer, be it from Russia or any other country, must remember that it assumes not only the rights to operate the mine, but also the problems with numerous court cases […] and local residents strongly opposed on environmental grounds,” Yenokyan told Eurasianet.