Armenia scrambles to rebuild new road away from Azerbaijan border

Azerbaijan’s recent closure of a key road has highlighted the need for a new highway in southern Armenia; critics say the government has been dragging its feet. 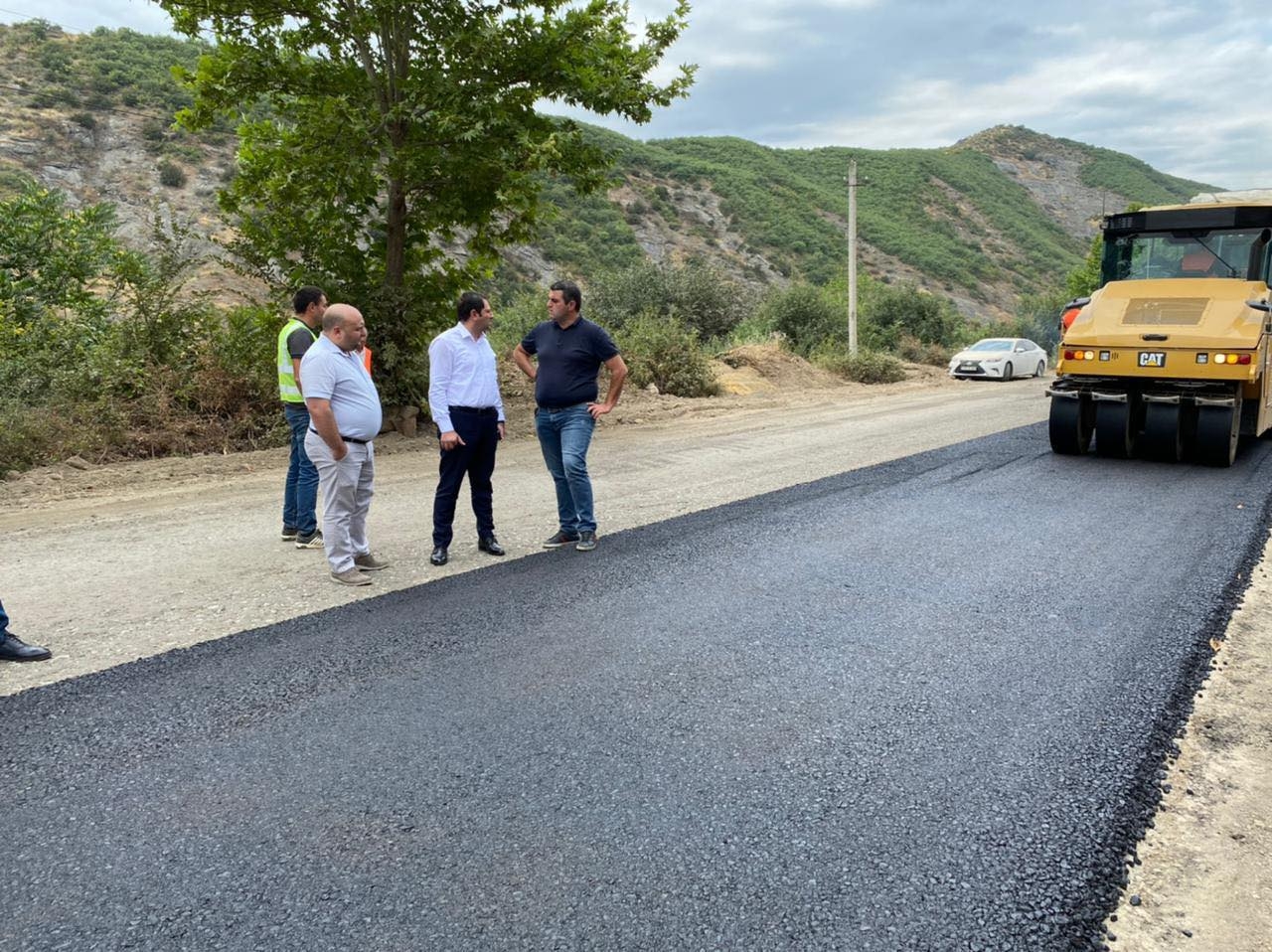 Construction of an alternate road through southern Armenia, away from the border with Azerbaijan, in July 2021. (photo: Facebook, Suren Papikyan)

A recent crisis in which Azerbaijani troops blocked the road connecting two cities in southern Armenia has raised questions about the slow pace of construction of an alternate road that avoids Azerbaijani territory.

The main road connecting the cities of Goris and Kapan in Armenia’s Syunik region runs alongside – and in some cases across – the de facto (though not yet formally delineated) Azerbaijani border, in territory which Baku regained control of as a result of last year’s war. Since early 2021 Azerbaijan has been setting up border guard posts and erecting signs reading “Welcome to Azerbaijan” on their sections of the road, and on August 25 they blocked a 21-kilometer section of it. The blockade lasted for nearly 48 hours and was resolved with the help of Russian border guards, which patrol the Armenian side of the border.

There is an alternative to this route: another road connecting the two cities that runs further to the west, well away from the Azerbaijani border, through the town of Aghvani. But that road, especially the southern section between Aghvani and Kapan, is in dire condition and needs a total reconstruction to be suitable for heavy traffic.

In an address to parliament on August 26, Prime Minister Nikol Pashinyan referred to the Aghvani route, which he called an “alternative” to the “disputed territory” that the current road passes through, and said it would be finished by the end of the year.

But questions have arisen as to the pace at which that alternative road is being made ready. One member of parliament, Tigran Abramyan of the opposition “I Have Honor” bloc, said that he drove down the alternative road while the main road was blocked. “Construction only began two months ago, and we needed to do this significantly sooner, considering that Azerbaijan had been threatening to block traffic,” he told journalists on August 30.

The road should be finished by the end of 2021, Deputy Minister of Territorial Administration Kristine Ghalechyan confirmed to Eurasianet in an email interview.

The new complexities surrounding the existing road were evident as soon as the war ended last year. As part of the ceasefire Armenia agreed to hand back Azerbaijan’s Gubadli region; the road passes through slivers of that territory in some spots and runs very close to it in others. On December 11, Armenia’s Ministry of Defense announced that "the security of the 21-kilometer section of the Goris-Kapan highway that passes through the disputed area will be guaranteed by Russian peacekeepers."

The state budget approved on December 10 mentioned the construction of only one road: in northern Armenia, connecting the cities of Vanadzor and Alaverdi to the Georgian border.

Contracts for the construction of the Aghvani road were awarded several months later.

At an August 27 sitting, the government took a decision to allocate 7.6 billion drams ($15 million) toward reconstruction and repair works of several additional key road projects, including roads to the Georgian, Iranian, and Turkish borders.

“The 2021 budget was based on inertia and it didn’t take into account the post-war challenges and priorities,” economist Suren Parsyan told Eurasianet. He said it wasn’t clear whether the 7.6 billion drams was new money or was reallocated from other parts of the budget. “We don’t yet have budget execution reports so we don’t know what has already been done,” he said.