Armenia: Seeking Work in Russia by Hook or by Crook 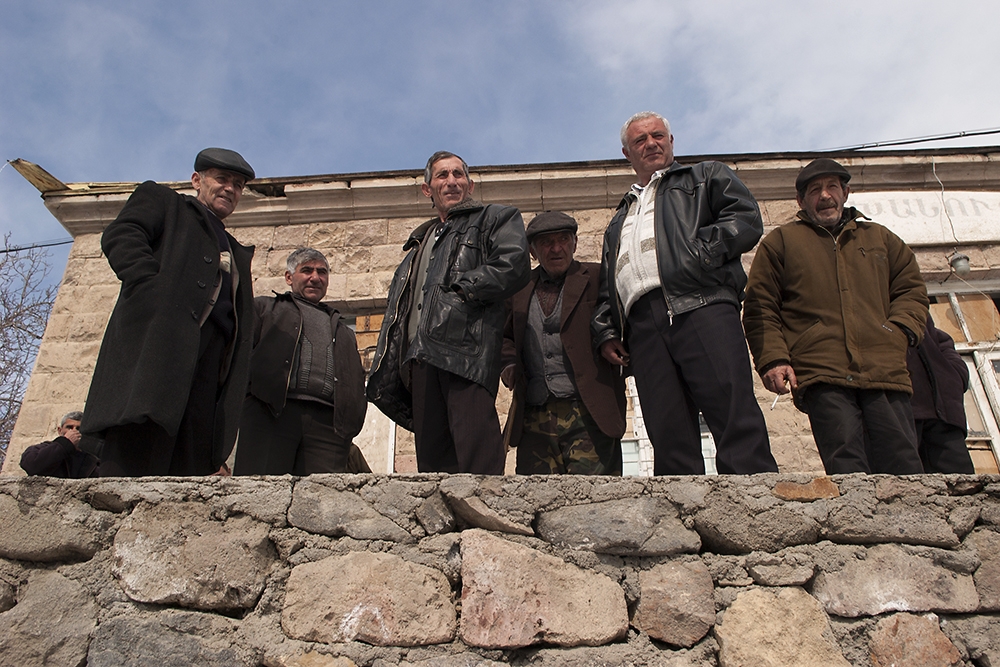 Three months into Armenia’s membership in the Moscow-led Eurasian Economic Union, the search for work in Russia, a longtime regional employment-hub, has become as much about finding ways around bans on Armenian migrants as about finding an actual job.

One 47-year-old resident from a village in Armenia’s eastern region of Gegharkunik, where much of the population works abroad, told EurasiaNet.org that he had to adopt his wife’s last name, sell her jewelry and the family’s only cow, plus borrow money from relatives to pay $3,000 to so-called “middle-men” who find a way to slip into Russia.

“I had no other way out,” said the man, who requested anonymity. “My father had a stroke. Eight members of our family depended on me. I had either to take this step or stay begging in Armenia.”

Tens of thousands of Armenian families are in a similar situation this spring, the usual season for migrant-workers’ departures to Russia, Armenia’s closest regional economic partner. Remittances from Armenian migrants, mostly male, are estimated to have amounted to a total equivalent to 21 percent of Armenia’s annual Gross Domestic Product between 2010 and 2014, according to the World Bank.

But new Russian restrictions that came into force on January 1 mean that Armenian migrants and others without long-term visas can stay in Russia for only three months at a time. They must live in their country of origin for the same length of time. Those who allegedly have violated these or earlier labor-migration rules face bans up to a decade on entering Russia.

Some 180,000 individuals currently are on this black list, according to Armenia’s State Migration Service. Sixty thousand have returned to Armenia, the agency’s director, Gagik Yeganian, estimated.

“They left the territory of Russia, they mainly live in Armenia and cannot return because they broke the demands of the migration legislation of that country,” Yeganian said.

These restrictions as well as Russia’s economic crisis have reduced drastically the amount of financial transfers to Armenia – by 56 percent to $38.37 million in January 2015 compared with the same month in 2014, according to the Central Bank.

Nonetheless, even the chance that they will not be able to enter Russia or to find a decent job there does not prevent Armenian workers from trying. Average monthly wages stand at just 174,450 drams, about $370. Unemployment, officially, stands at 6.6 percent, though some economists believe that the real number is far higher– particularly in rural areas, where well-paid work is rare.

“Tell me, if I stay here, who will do anything for us?” the Gegharkunik-region villager asked rhetorically. “Nobody.”

Every day, those workers banned from entering Russia crowd into the Migration Service’s headquarters in the capital, Yerevan, to fill in applications to request the Russian government to clarify the reasons for the ban, and to have their names removed. Only about a quarter of the applications are granted, Migration Service Director Yeganian estimated. An answer can take three months or more to arrive.

“Many are on the black list for unclear reasons,” commented Angela Khlghatian, a resident of the village of Litchk, a mid-size settlement on the southwestern shore of Lake Sevan that also depends heavily on Russian remittances. “There are people who have never even been to Russia, but they are on the black list as well. Being on the black list simply means a collapse [of financial security] for the family. Because they can neither farm nor do anything else” in Armenia.

The Armenian government and non-governmental organizations do not, as yet, provide any support-programs for these individuals.

In a February-2 interview with public television, Migration Service Director Yeganian stressed that Russia’s migration-restrictions are not targeted against Armenia, but are part of an attempt to stem illegal migration. He termed the ability to appeal or request information about the travel-bans “very kind.”

The Russian embassy in Yerevan could not be reached for comment.

As they wait for a response from Moscow, though, some of these workers take matters into their own hands. They change their names and turn to various individuals who can facilitate their travel into Russia.

Workers who use such means declined to discuss the specifics with EurasiaNet.org, though bribery was cited.

“[T]he circle is so narrow that everyone knows each other, and even after changing your last name, you start bribing [Armenian officials],” said one resident of the village of Tsakqar in Gegharkunik. “They know why you are changing your surname, they know what you are going to do. Everyone demands their share.”

Bribes can also be paid to have names removed in Russia from the list of banned migrants, some migrants alleged.

No investigations have been launched as yet.

In this patriarchal society, a man changing his last name to his wife’s name generally would be cause for comment, but, amidst the migration-squeeze, has become more standard. (“See if you can find people who did not change their surnames!” one villager in the Gegharkunik region laughed.)

Tsovinar Khachatrian, spokesperson for the Ministry of Justice, which contains registry-files, said that she has heard about workers changing their last names to get into Russia, but added that the ministry has no related information “about who changed their surnames in the last months.”

Back in the Gegharkunik region, Tsakqar Mayor Gvidon Avetisian commented that he also has heard of this practice for getting into Russia, but claimed he had no knowledge of other measures taken.

“Most of the village lives on remittances from Russia. Now they’ve started going to Kazakhstan, especially those on the black list,” Avetisian said. “But it is hard to say what they do, how they do it,” to get into Russia.

For now, as Armenia continues to struggle with fallout from the Russian economic crisis, it looks like the limits are few.

“There are those who are ready to take any measures only to be able to go and work,” said the Gegharkunik-region worker.