Behind the unexplained recent firings is a push to put the security services under greater civilian control. 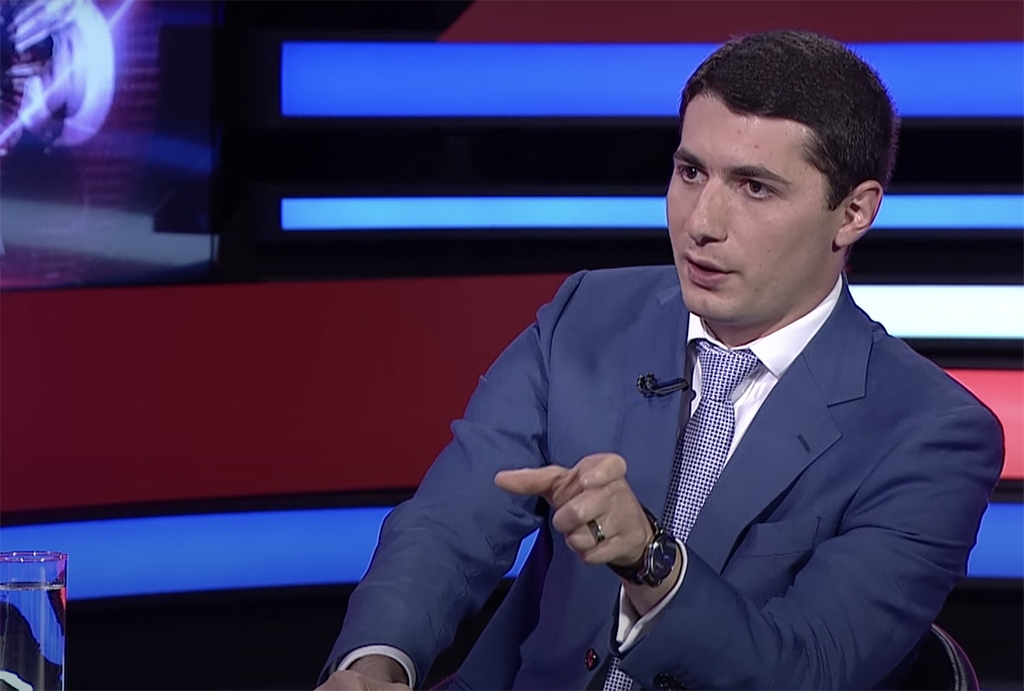 The appointment of a 29-year-old with no previous experience in the security services to the highest security post in Armenia has raised eyebrows. But it appears to be a transition step toward a reorganized security structure under greater civilian control.

Argishti Kyaramyan was appointed head of the National Security Service (NSS) on June 8 following a shakeup of several of Armenia’s top security officials in which the head of the NSS, the chief of the country’s police, and the chief of staff of its armed forces were all let go.

Prime Minister Nikol Pashinyan’s stated reason for the firings was that Artak Davtyan, the armed forces chief, had celebrated his son’s wedding the day before in violation of the coronavirus state of emergency. The heads of the NSS and police, Pashinyan suggested, should have stopped the wedding from happening.

“It's high-ranking state officials who must first and foremost lead by example, demonstrating the importance of following the anti-epidemic regulations. Unfortunately, we see cases where that does not happen,” he said in announcing the firings.

Observers had been expecting some firings because of the country’s poor response to the coronavirus pandemic; speculation had centered on Deputy Prime Minister Tigran Avinyan and Health Minister Arsen Torosyan.

Instead, it appears that Pashinyan took the opportunity to carry out long-planned moves to install his own appointees in the senior security positions, said Emil Sanamyan, a Washington-based analyst. “I don’t think it was directly related to COVID,” he told Eurasianet. “I think Pashinyan wanted to change all three, and he did it.”

Kyaramyan appears to have been recently groomed for the role, despite having no experience in the security services. In an unusually quick rise up the ranks, on May 4 he was promoted from the position of acting head of the State Control Service (a body dealing with state corruption) to deputy head of another law enforcement body, the Investigative Service. At the same time he was promoted to colonel. The very next day, he got another promotion: to deputy chief of the NSS.

Sanamyan noted that a previous NSS chief, Georgi Kutoyan, had also served a one-day term in another job (in his case, as deputy prosecutor general) in 2016 before taking over the NSS.

Still, Kyaramyan is likely only temporarily in the position. “I have little confidence that he [Kyaramyan] will remain in the position for very long. And for the 29-year-old, his prior experience as the head of an anti-corruption government body does not provide him with the necessary experience, contacts or power to do much at the NSS,” Richard Giragosian, the head of the Yerevan think tank Regional Studies Center, told Eurasianet.

Giragosian is assisting with the formulation of a new Armenian National Security Strategy, and says the NSS continues to “underperform as more of a Soviet legacy institution” based on an “outdated Russian model” that fails to sufficiently recognize the modern security threats Armenia faces today. “In this context, the removal and replacement of senior officials at the NSS will do little to correct or change the underlying weakness and problems with this institution,” he said.

Giragosian sees the NSS as needing both “enhanced analysis and professional threat assessments,” as well as observing a clearer distinction between internal and external threats, “similar to the institutional division between the FBI and CIA in the case of the United States.” Whether a single organization would continue to manage both those functions is yet to be decided, he added.

What is already clear, however, is that the government is moving toward a system where there is greater political control over the chiefs of the security services. Kyaramyan ’s appointment “is most significant as a demonstration of the new model of choosing political appointees to be in charge of the security bodies,” said Giragosian. “And for the broader reform of the security sector that is planned, both parliamentary oversight and politically appointed leaders are some of the core components for change.”

A spokesperson for Pashinyan acknowledged after Kyaramyan’s appointment that the move was “political.” But curiously, Pashinyan’s My Step coalition in parliament voted down legislation by the opposition Bright Armenia party that would have made the chief of police and head of NSS political appointees.

Pashinyan is “allergic to taking advice from most people, especially anyone in opposition to him,” Sanamyan said.

The security services have seen rapid turnover in recent months.

In September, Artur Vanetsyan, who had been appointed NSS chief by Pashinyan in 2018, resigned, and was shortly followed out the door by the chief of police, Valeri Osipyan. Vanetsyan has since turned into a regular critic of the government and has mooted the idea of starting his own political party.

Neither Vanetsyan nor Osipyan were replaced, and their duties carried out by their former deputies, Eduard Martirosyan and Arman Sargsyan, respectively. In March, both men were appointed formally as heads of their organizations. “He [Pashinyan] made them chiefs in spring because, legally, time had run out for those agencies to have acting heads and he hadn't made up his mind about his candidates,” Sanamyan said.

The regular shakeups and lack of information have caused some concern among observers.

“Once again, we are seeing decisions about dismissals of high-ranking officials without knowing the reasons or justifications,” said Arthur Sakunts, the head of the human rights organization Helsinki Citizens Assembly – Vanadzor, following the latest shakeup. Decisions like this should be explained to the public, he said. “That is the foundation of transparent and accountable government. There is an impression that the decisions are arbitrary, which doesn’t meet the standards of democratic governance.”

Others found humor in the rapid turnover. "The leaders of the National Security Service shouldn't be changed so often,” wrote journalist Armen Dulyan on his Facebook page, citing the case of Vanetsyan. “New opposition parties can be formed."