The prime minister said the once heavily infected country can now “break the back” of the novel coronavirus. 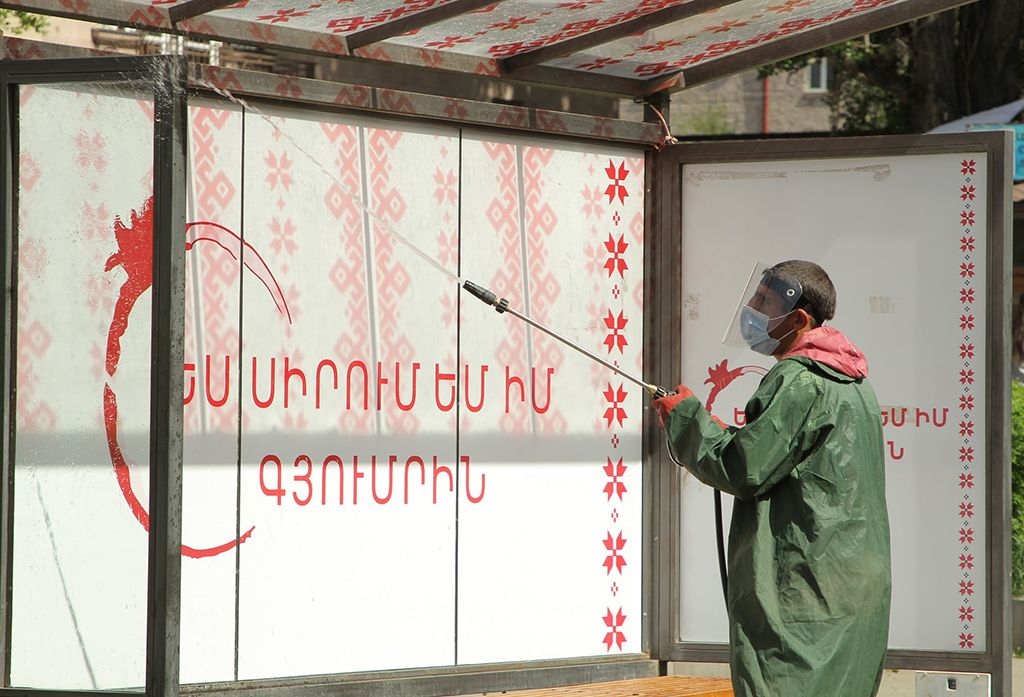 July has seen a steady decrease in COVID-19 infections in Armenia, which had been one of the most heavily virus-hit countries in the world.

Over the past three weeks, the number of recoveries has topped the number of new infections for all but three days, according to the official data. In recent days the country has been reporting 300 or fewer cases per day; in June it was regularly reporting 600 or more.

“We have a chance to break the back of this epidemic,” said Prime Minister Nikol Pashinyan at a July 30 government sitting, saying that he hoped Armenia “will be able to register the end of the crisis in September.”

“For the first time since June 11 we have 9,000 active cases. We haven’t had such a low number since then,” he said. “Over the past six days we had less than 400 new cases per day,” he said, calling on Armenians to act “responsibly” so that the epidemic continues to wane.

Armenia hit its coronavirus peak on July 6, Health Minister Arsen Torosyan said at a briefing on July 29. “Every day since then we have had fewer infections and that same trend has been continuing the last few days,” he said.

The country, which in June had begun to run out of hospital capacity for COVID-19 patients, now has plenty of beds, including in intensive care units. Several hospitals outside Yerevan that had been converted into COVID-only facilities, including in Vanadzor, Vedi, and Dilijan, should as of August 1 begin to function normally, Torosyan said. If the situation continued to improve, three additional hospitals in Yerevan will also transition back to their standard function, he said. “2,800 beds will be ready at all times to be added back [for COVID-19 treatment] if we ever need them,” he said.

The numbers of Armenians getting tested also has decreased but that is due to a decrease in the number of people who seek testing, the press secretary for the Ministry of Health told RFE/RL. “We have the capacity to conduct 2,000-2,500 tests [per day] but people aren’t applying as much,” said the spokesperson, Alina Nikoghosyan. During the peak of the outbreak, in May to the beginning of July, Armenia was conducting around 2,000 tests a day but on July 30 the figure was 1,374.

In total, Armenia has registered 38,196 cases of COVID-19 as of July 30. There are 8,877 active cases, and 728 people are reported to have died from the disease, with an additional 225 dying while they had the disease. The daily death rate in Armenia remained significantly higher than its neighbors in the Caucasus, at 1.69 per million people on July 30, according to the European Center for Disease Control. Azerbaijan registered a rate of 0.79, and Georgia 0.25.