Russian peacekeepers are on their way to the region, the Armenian leader announced. 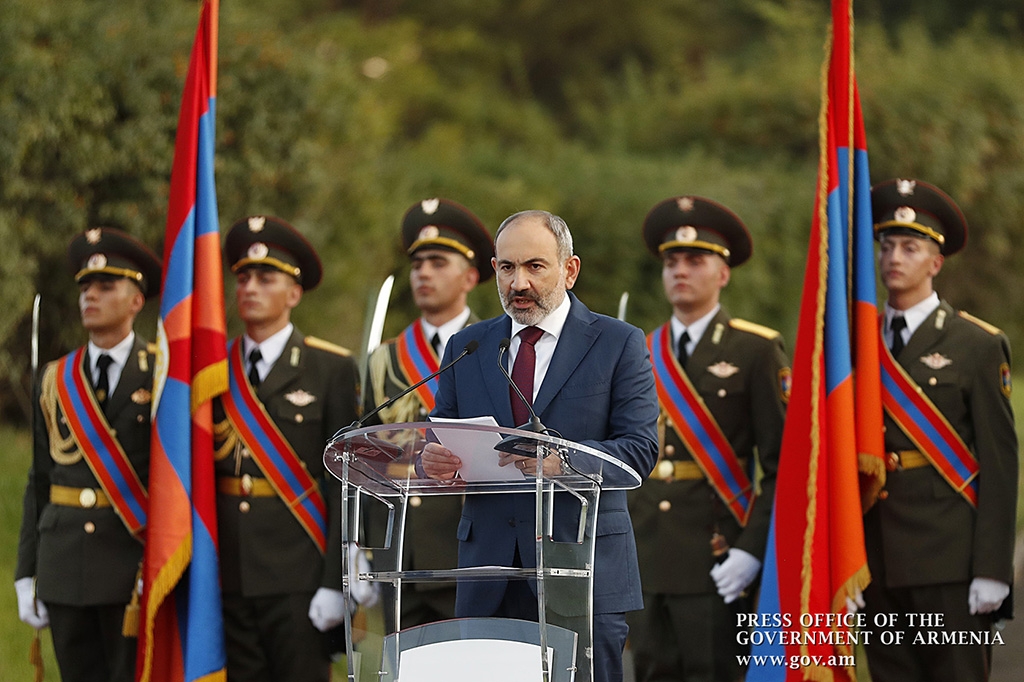 Armenia has agreed to a cessation of hostilities with Azerbaijan effective immediately, Prime Minister Nikol Pashinyan announced on Facebook early on November 10 Yerevan time, calling the terms “unspeakably painful for me personally and for our people.”

“I made that decision as a result of an in-depth analysis of the military situation and the assessment of people who know the situation best. Also based on the belief that this is the best possible solution to the current situation,” Pashinyan’s statement said, according to an English translation published by Civilnet.

Armenia has been steadily losing territory for weeks. On November 8, Azerbaijan announced it had retaken Shusha, the city Azerbaijanis regard as their historical and cultural center in Nagorno-Karabakh, which appears to have been the critical loss forcing the Armenians to accept defeat.

The agreement, signed by Pashinyan, Azerbaijan President Ilham Aliyev, and Russian President Vladimir Putin, calls for Russian peacekeepers to patrol the Lachin Corridor connecting Nagorno-Karabakh with Armenia proper and for Armenia to withdraw from other contested territories outside Nagorno-Karabakh.

It said that Armenia would cede control over the Kelbajar region by November 15 and Aghdam by November 20. Armenians will withdraw from Lachin, except for a five-kilometer-wide corridor, by December 1. It did not directly address the status of the parts of Nagorno-Karabakh proper that Armenian forces continued to hold, including the regional capital, Stepanakert.

The agreement also provides for some sort of corridor between "mainland" Azerbaijan and its exclave of Nakhchivan, but it was not clear if that would involve any transfer of territory. Russia and Armenia would "guarantee the security of transport links," the agreement said.

Russian peacekeepers will total just under 2,000, and were flown in from Ulyanovsk. They began entering Lachin at 6 am local time, Russian media reported.

In a speech following the signing of the agreement, Aliyev said that Turkey also would play a role in peacekeeping, but there was no mention of Turkey in the formal agreement.

"The fifth paragraph of the statement reads: 'A peacekeeping center for ceasefire control is being established to increase the effectiveness of monitoring the parties' compliance with the agreements.' I can say that Russian and Turkish military will work in this center. So, Turkey will officially play a role in the future settlement of the conflict and monitoring the ceasefire," Aliyev said.

Armenia and Azerbaijan fought a years-long war over the region in the early 1990s that left tens of thousands dead and roughly 1 million displaced. The two sides never signed a peace treaty and on September 27 this year Azerbaijan, with Turkish support, began a campaign to retake the territories. Russia has estimated that the six-week-old war has killed thousands.

Protests broke out in Yerevan following the surrender, with crowds taking control of government buildings and beating up the speaker of parliament.

Questions immediately turned to the future of Armenia's democracy.