Armenia: Survivors of the Great Catastrophe 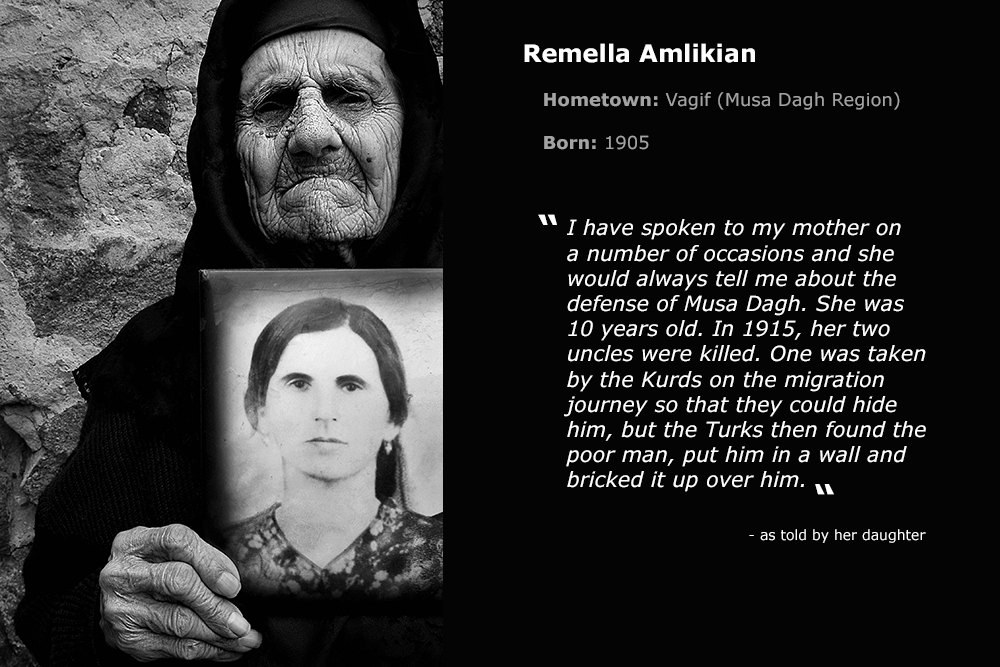 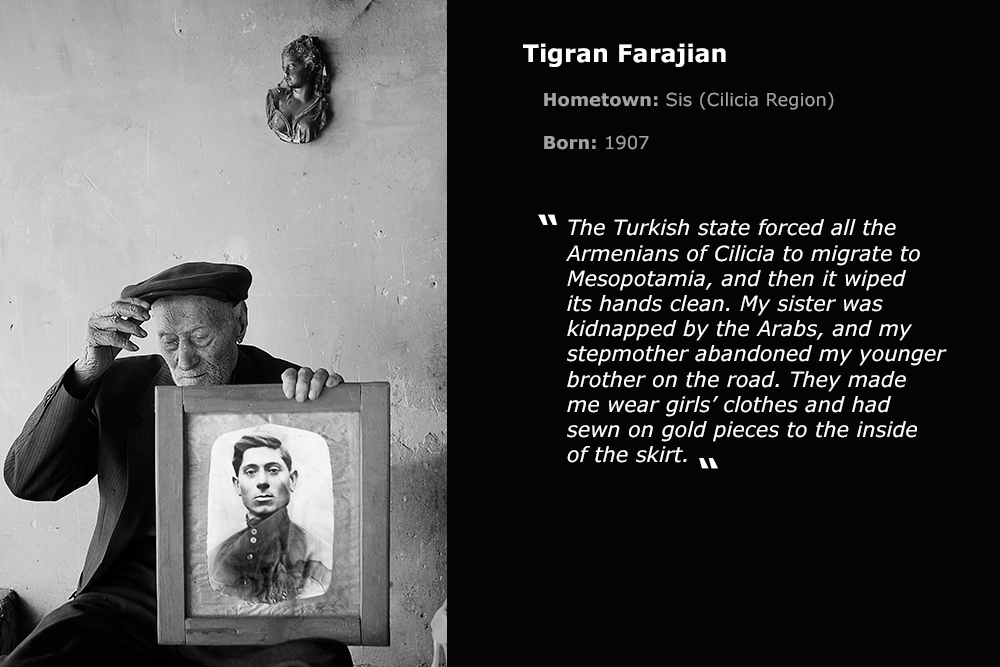 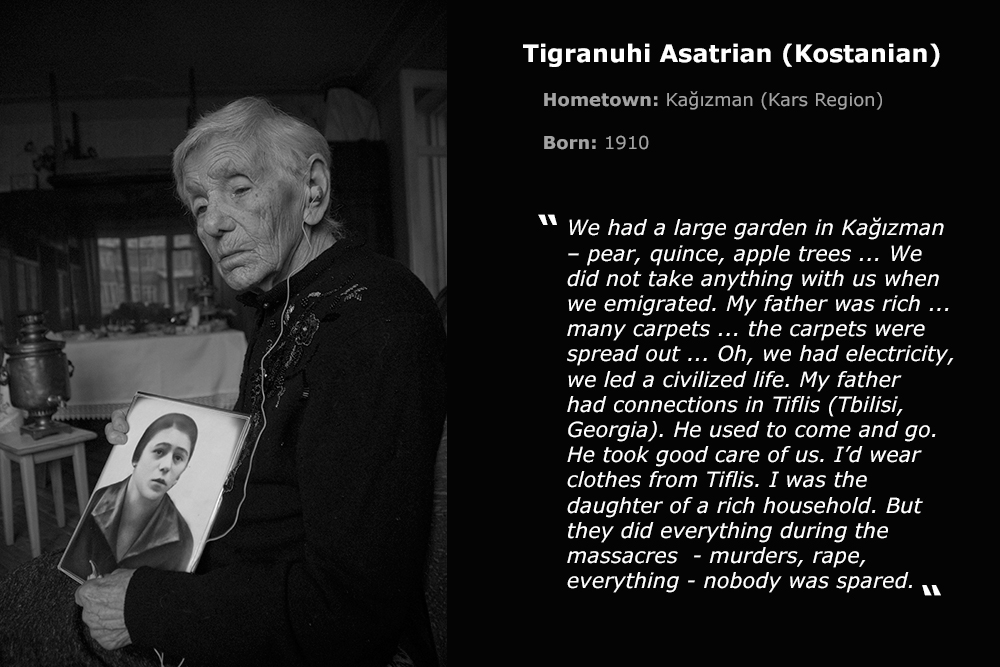 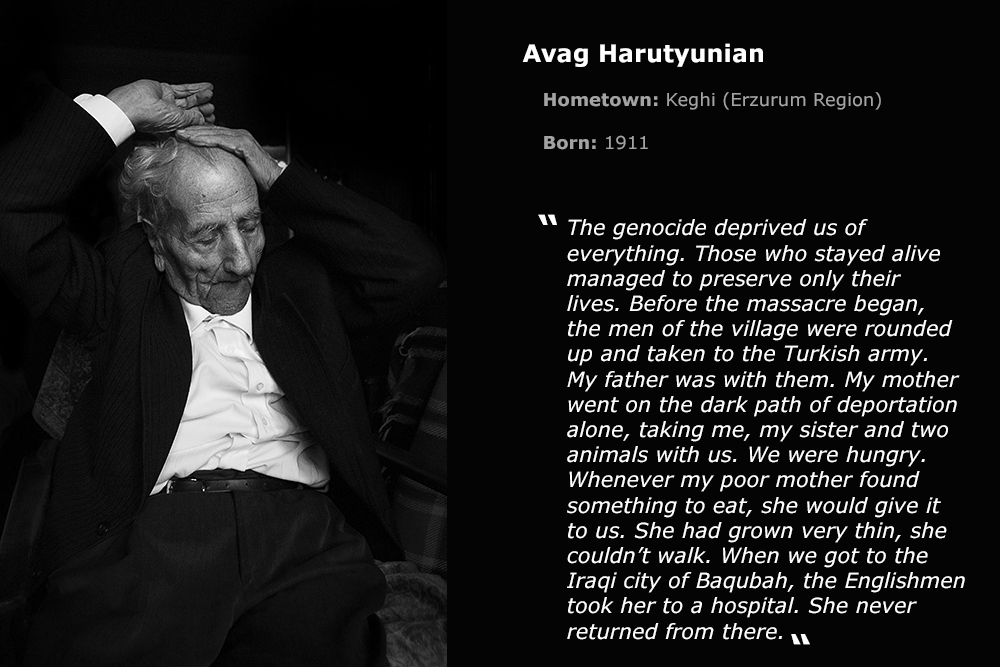 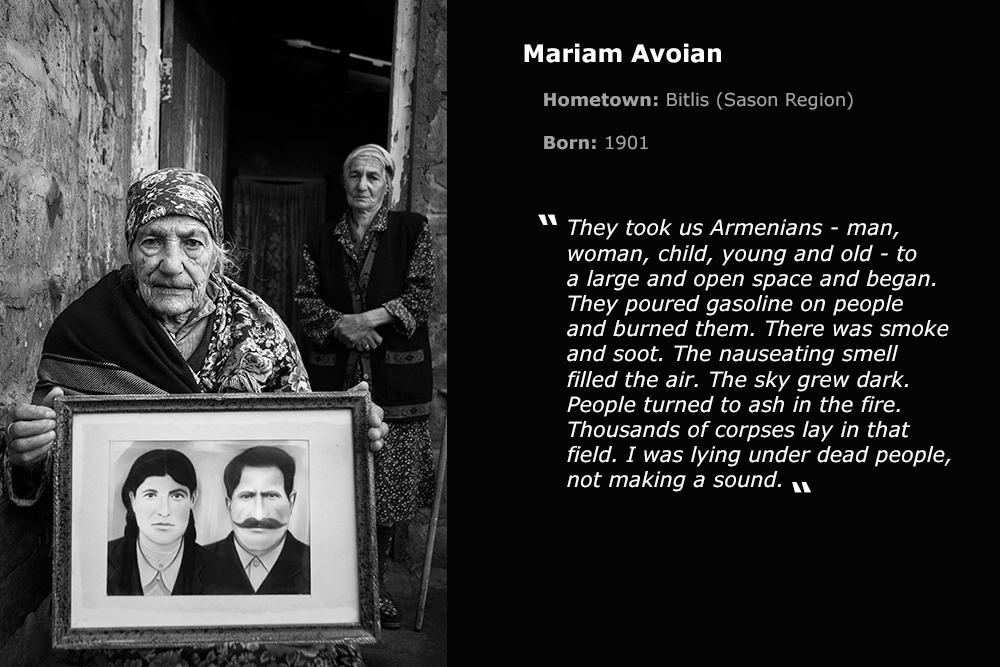 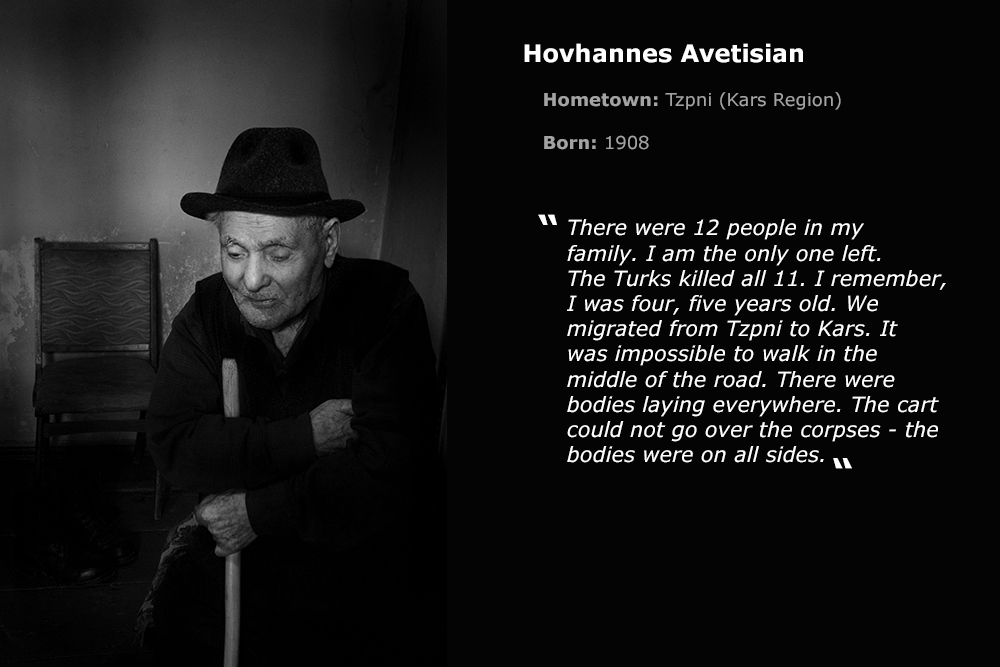 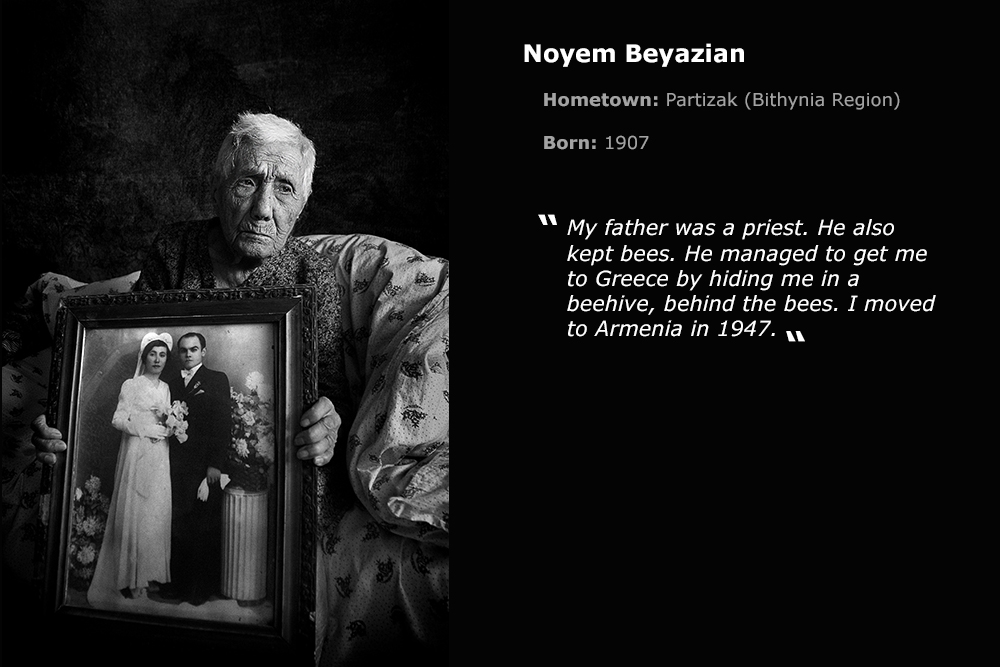 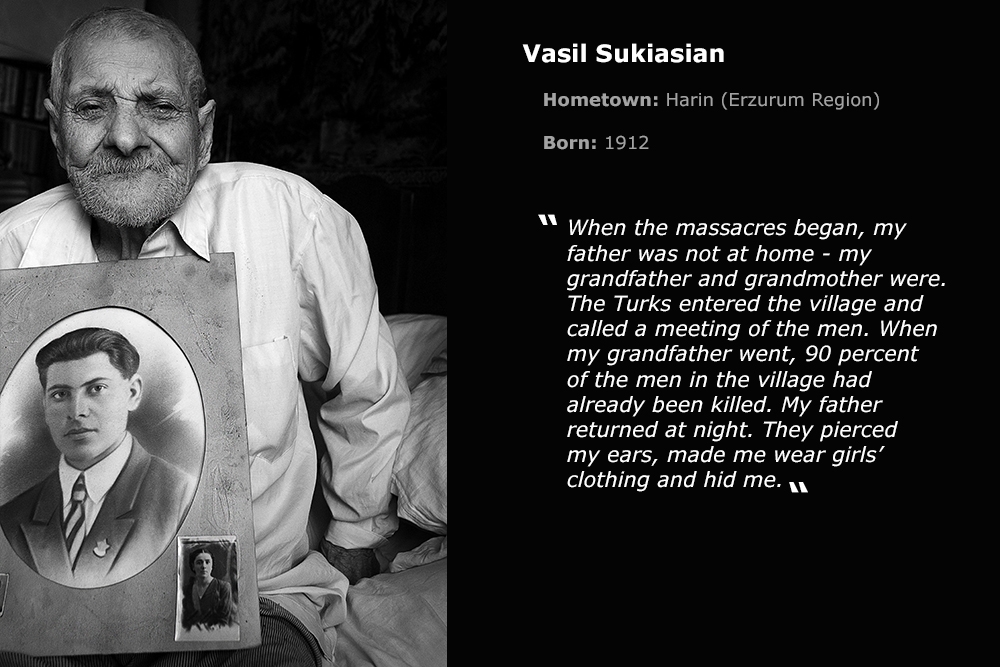 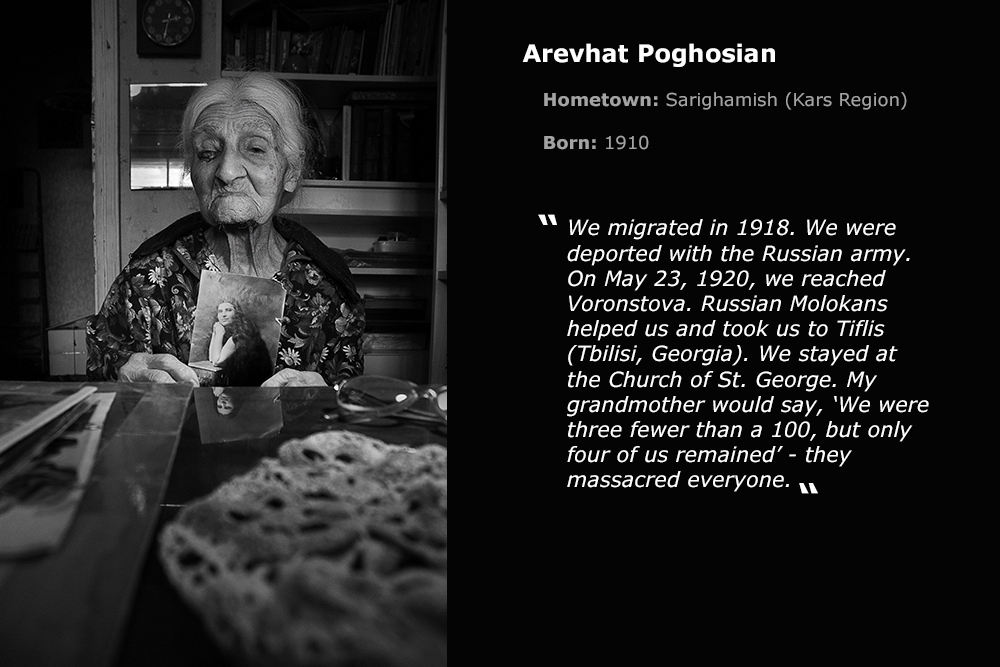 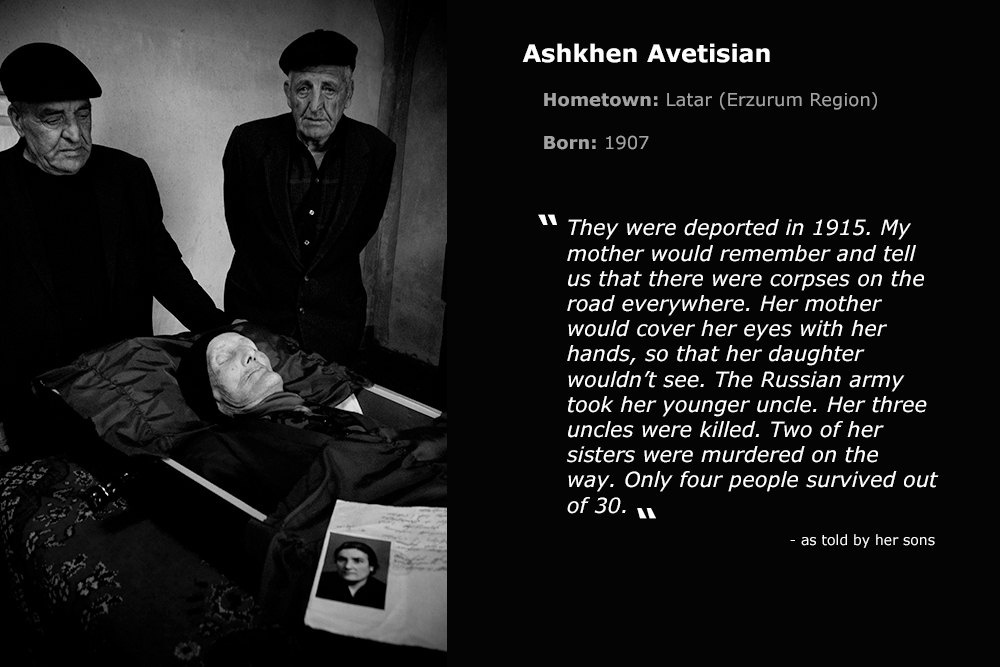 In 2005, I took a picture of 100-year-old Yerevan resident Remella Amlikian, a native of the Turkish village of Vakif who had survived the Ottoman Empire’s 1915 massacre of hundreds of thousands of ethnic Armenians. She could hardly see, could hear nothing, and could not move.

I asked Amlikian’s daughters to show me a photo of her when she was young. The sight of her wrinkled, century-old face together with a photo of her as a 20-year-old lingers with me still. It made me understand that the past cannot be forgotten simply because it has seeped into the present.

The photo of Amlikian, past and present, became the center of my 10-year project on survivors of the brutal Ottoman campaign to rid eastern Anatolia of its ethnic Armenian communities.

Traveling around Armenia to meet other such individuals, I managed to photograph more than 40 elderly survivors over the course of 10 years.

Initially, I did not view this project as having historical significance or consider that it was my obligation as an Armenian to tell the survivors’ stories. I only wanted to learn about their lives in old age.

Then I began to understand that my photographs also served as a vital document about what had occurred in Ottoman Turkey so long ago. I became more aware of the irrevocable ties between past and present. This is ultimately what the project invites viewers to consider.

In nearly all of the photographs, each survivor holds a photo from his or her youth. For many of them, the photograph of their younger self was the only one they had and the photograph taken by me might have been the last in which they appeared.

None of this group is still living today, but their stories still connect them to each other, to the broader Armenian community, and, ultimately, to us all.

Nazik Armanakyan is a photojournalist working for Armenianow.com.