Journalism organizations in the country complain that the police are going too far in their efforts to censor non-official news about the outbreak. 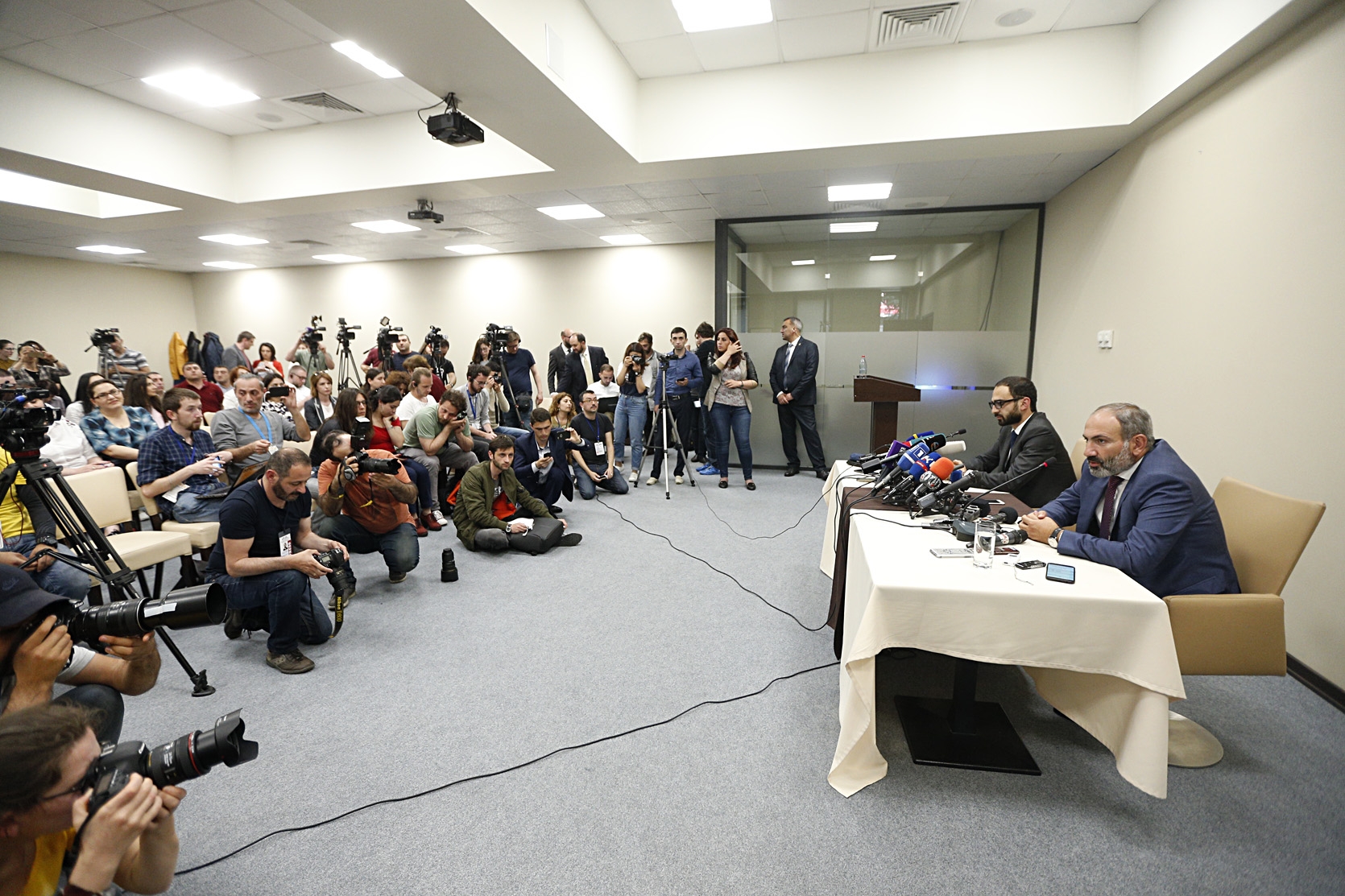 The Armenian authorities have aggressively gone after media and social media users for spreading non-official information about coronavirus, prompting journalism organizations in the country to protest that the government is overreacting.

Armenia instituted a state of emergency on March 16 following a sharp increase in cases of COVID-19. One of the provisions was a ban on publishing or sharing any information on the outbreak that didn’t come from the Armenian government or other countries’ official sources.

Since then, the police have taken an expansive view of what they consider a violation of that rule.

One journalist, Marine Kharatyan, said police visited her and demanded she delete a Facebook post she wrote about one large factory in Armenia that was requiring employees to come to work even if they were running a fever.

"They said it was because it was causing panic," Kharatyan told the Armenian service of RFE/RL. "The government is not solving the problem, and people are relying on journalists."

The news website Aravot was forced to edit a story that cited Russian analyst Valeriy Solovey, speaking on the radio show Ekho Moskvy, claiming that Russia was hiding the true scope of the coronavirus outbreak in that country. It also quoted Prime Minister Nikol Pashinyan saying that not all countries were publishing reliable statistics about the disease. After police warned the site about the possibility of a 500,000-dram (about $1,000) fine, they edited it to only include Pashinyan’s statement.

Human rights advocate Artur Sakunts also posted Solovey’s comments on his Facebook page, and said that police demanded that he delete it; he refused.

The newspaper and website Hraparak was forced to delete a story about prisoners complaining that the outbreak meant that they couldn’t receive packages from outside.

Armenian Public Television, the government’s primary source for disseminating official information, was forced to delete a piece that cited CNN saying that in Iran, people were dying of coronavirus at the rate of one death every 10 minutes.

One well-known doctor, Artavazd Sahakyan, posted on Facebook that the government should be doing more to enforce “social distancing” because Yerevan’s streets were still bustling even following the state of emergency. Police demanded that he remove the post, and he complied.

And there may be many more such cases: many outlets don’t like to publicize these incidents, the head of the Yerevan Press Club, Boris Navasardyan, told the news site Hetq.

The wave of censorship prompted a coalition of journalism organizations in the country to issue a joint statement. “As these provisions [on media restrictions] have entered into force, their implementation has been ineffective, disproportionate, unreasonable and is not in the public interest,” the statement read.

Pashinyan, despite being a former journalist himself, has had a stormy relationship with the country’s press since taking power two years ago, frequently railing against critical coverage as “fake news.”

The chairman of the Committee to Protect Freedom of Expression, Ashot Melikyan told RFE/RL that the government sees the press as an enemy: "This document [the state of emergency declaration] shows the anger that has been built up among the authorities towards the media over these past two years."

Meanwhile, the number of registered cases of COVID-19 in Armenia rose to 194 as of March 23. No one has died of the disease in Armenia, and two people have recovered.