Armenia: The Highway Leads to Karabakh, But the Money Comes from California 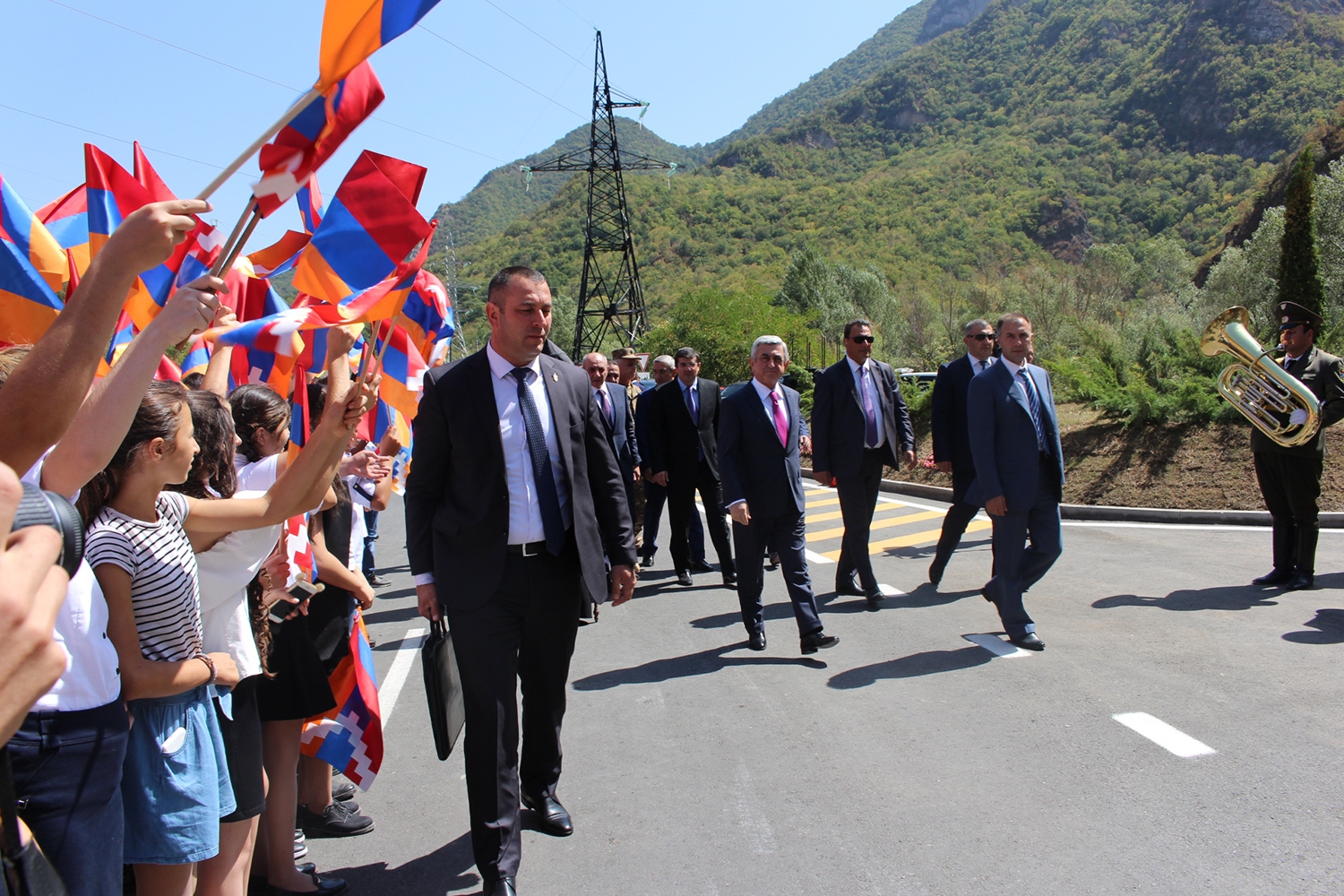 But Vartenis-Mardakert was not merely a local effort. Rather, its financial roots lead all the way back to to Southern California.

The highway cost nearly $35.5 million dollars. The Armenian and Karabakh governments split 56 percent of the costs. But the remainder came from two telethon pledge drives broadcast from Los Angeles by the Hayastan All-Armenian Foundation to the world Armenian diaspora in 2013 and 2014, the Armenian Weekly reported. The Yerevan-based charitable organization has close ties to the Armenian and Karabakh governments and maintains a network 25 affiliates in the global Armenian diaspora.

Vartenis-Mardakert comes as the latest diaspora effort to support Nagorno Karabakh, which broke free from neighboring Azerbaijan during a 1988-1994 war. Armenian diaspora investors have helped renovate the war-damaged city of Stepanakert and even tried to introduce the caviar industry to the region. And six American states have passed resolutions supporting Karabakh’s independence. Azerbaijan and most of the rest of the international community consider Karabakh to still be part of Azerbaijan.

But perhaps the starkest diaspora donation is the other highway connecting Armenia and Karabakh.

Before Vartenis-Mardakert, travellers to the breakaway region had to use a highway through Lachin, a narrow corridor where the borders of Armenia and Karabakh are closest. The new road cuts through a much wider swath of occupied territory, which Armenia has in principle agreed to return to Azerbaijani control.

The late Armenian-American financier and philanthropist Kirk Kerkorian, likely the diaspora’s largest donor to Armenia, paid for half of the first highway, which was completed in 1998. Until this month, it was Karabakh’s only major road to the outside world.

Vartenis-Mardakert is not only shorter; it also has a clear strategic significance. During the April 2016 eruption of conflict along the Karabakh-Azerbaijan border, the then-partially completed road allowed soldiers to quickly move between Armenia and the conflict zone, Mkrtich Mkrtchyan, director of the Hayanstan Foundation’s Toronto branch, told News.am.