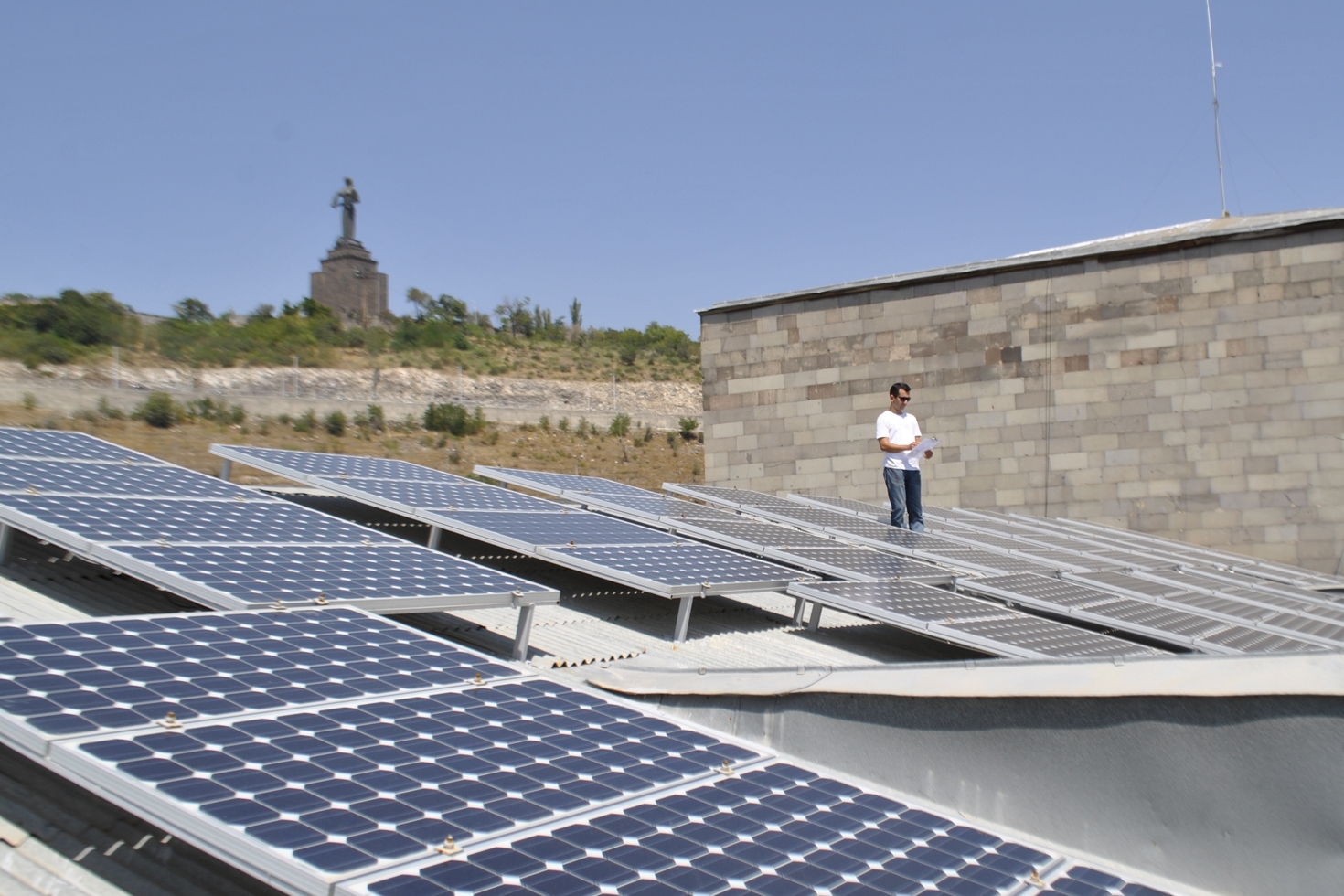 The Armenian government is looking to expand the country’s renewable energy capacity with an ambitious plan to build two new solar power plants.

This month, the government finalized a deal with United Arab Emirates-based renewable energy company Masdar to build the first plant by 2025.

The 200-megawatt plant, to be known as Ayg-1, will become the country’s largest solar power plant and will have nearly half of the current capacity of Armenia’s main energy generator, the Metsamor nuclear power plant․

According to the government, Masdar was “the initiator of the investment project." Following Masdar's offer, the government announced an international tender for a large-scale solar power plant in 2019. Masdar was given the opportunity to beat the lowest tariff proposed by any other company.

Masdar’s original bid of $0.0299 per kilowatt-hour, however, was turned down by the government for being too high. Masdar then lowered the price, offering to build the 200-megawatt plant for $0.0290 per kilowatt hour.

Ayg-1 is planned to be built in central Armenia’s Aragatsotn province in an area of over 500 hectares. State-run Armenian National Interest Fund (ANIF) will hold 15 percent of the plant; the remaining 85 percent will be owned by Masdar.

Masdar is expected to invest $174 million in the project. It is by far the “largest single foreign investment in green energy in the region and the second largest foreign direct investment in the history of modern Armenia,” said ANIF CEO David Papazian. Papazian also said that the electricity produced at the plant will be cheaper than that of the Metsamor nuclear power plant․

Masdar is a subsidiary of the UAE’s sovereign wealth fund, the Mubadala Investment Company. Ayg-1 is not the company's only large-scale project in the region: Last year Masdar signed a contract to build a 200-megawatt solar plant in southern Azerbaijan.

In July, Armenia announced a deal with another UAE-based company, Air Arabia, to establish a national airline, which the country hasn’t had for years.

With no fossil fuel reserves of its own, Armenia relies heavily on natural gas and nuclear fuel imports from Russia. In the 2010s, given Armenia's significant solar energy potential and the dropping prices of solar energy generation, the country started viewing solar as a possible means of diversifying and balancing its energy diet. In 2016, amendments to legislation on renewable energy allowed private households with solar panels of 150 kilowatt-hours or less to sell the excess energy to the national grid. Businesses also were offered tax cuts if they used solar power.

In March 2021, funding was secured for another solar power plant, the 55-megawatt Masrik-1. The project is being implemented by the Spanish firm Fotowatio Renewable Ventures, a subsidiary of the Saudi Arabian holding company Abdul Latif Jameel. Masrik-1 is planned to be built in Gegharkunik province and will be Armenia’s second-biggest plant after Ayg-1.